Is silhouetting more about a fit for the story or an opportunity presented by a set/location?

There’s a lot of improvisation on film sets. I remember assisting on a low budget feature where we found ourselves shooting in a large space on a tight schedule and without using any more film than absolutely necessary. The director and DP staged the scene against a large window. When the camera backed away from the window the characters were silhouetted, but as the camera moved in and around to the side they became 3/4 front lit. 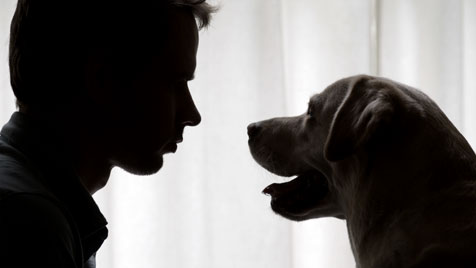 A Tale of Forbidden Love, Shot on RED

I’m fascinated by transitions like that. I remember one shot from the opening title of The Prisoner (the original series, which I saw in reruns, thank you!) that transitions sharply from front lit to silhouette. It must have made an impression: I first saw it at the age of 12 and I’ve never forgotten it. You can see it here at 2:28, and there are a couple of silhouette shots following it that are quite powerful as well.

In both cases above the contrast between silhouette and non-silhouette were used to great effect, but there are times when one or the other is more appropriate. Silhouettes are striking because they force you to look at the space the subject inhabits rather than the subject itself, and this forces us to look a little more closely at details of edges, light and shadow and forces a change in perspective.

This sequence in “Sleeper”, at 1:15:00, ends in a sequence that makes great use not only of silhouettes but also the distance between the characters as they hash out a plot behind a movie screen.