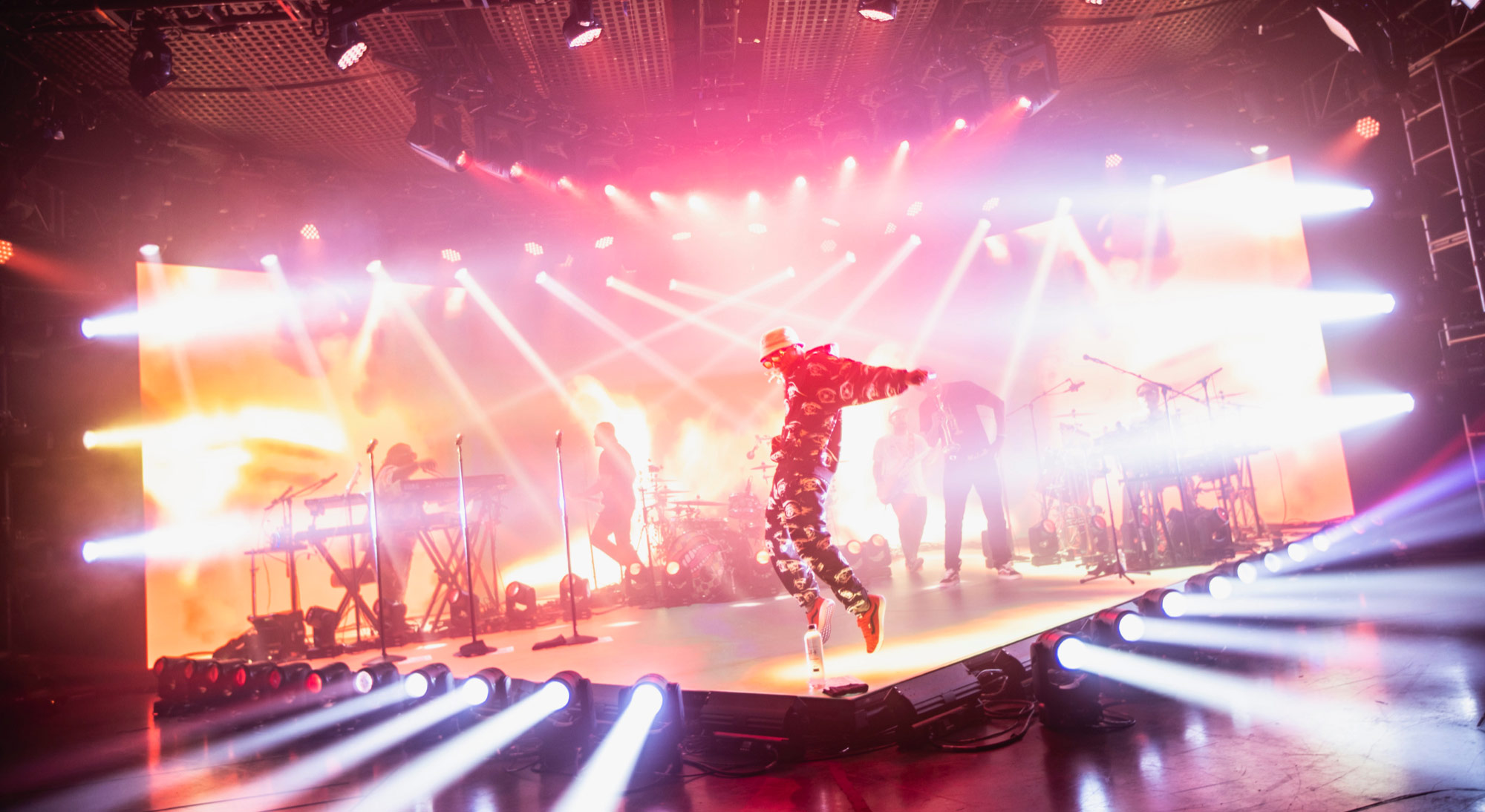 The concert was streamed live to Fortnite’s millions of players as part of Epic’s three-week-long in-game concert series, which also included use by Blackmagic Design products for performances by artists DJ Slushii and Dominick Fike.

Anderson .Paak is a multiple Grammy Award-winning American singer, songwriter, rapper, record producer and instrumentalist. Along with his band, The Free Nationals, he performed live in September as part of Epic’s Spotlight Concert Series. Performing from PRG XR Studios, concerts are viewable live by anyone logged into the Fortnite game and many streams are viewable Youtube.

Concert Director Johnny Hayes and Producer/Lighting Director Guy Pavelo put together an extensive camera and AV workflow for the show and stream. Building off years of experience providing concert video and lighting production for artists such as Drake, Kendrick Lamar, Maroon 5, etc., Pavelo and Hayes built a workflow for the Spotlight series that captured the feel of a live concert along with meeting the tight deadlines and specific technical needs of live in-game streaming.

“We tried to keep the workflow design as if we were shooting a conventional live concert, and fed that to the game platform. Thus having the live experience of concert for the fan, instead of a prerecorded taped element. The differences were that the workflow included tighter timelines, and we needed dedicated staffing to make sure the broadcast time window was met. Expectations were surpassed in terms of product delivery,” explained Pavelo.

For the concert, Hayes used Pocket Cinema Camera 6Ks for front of house shots to capture the extensive laser and light show, as well as for full stage wide shots. The URSA Mini Pro 4.6K G2 was used for POV shots of the performance, as well as handheld shots. Finally, the Micro Studio Camera 4Ks for a variety of POV shots of the band members and around the main stage. 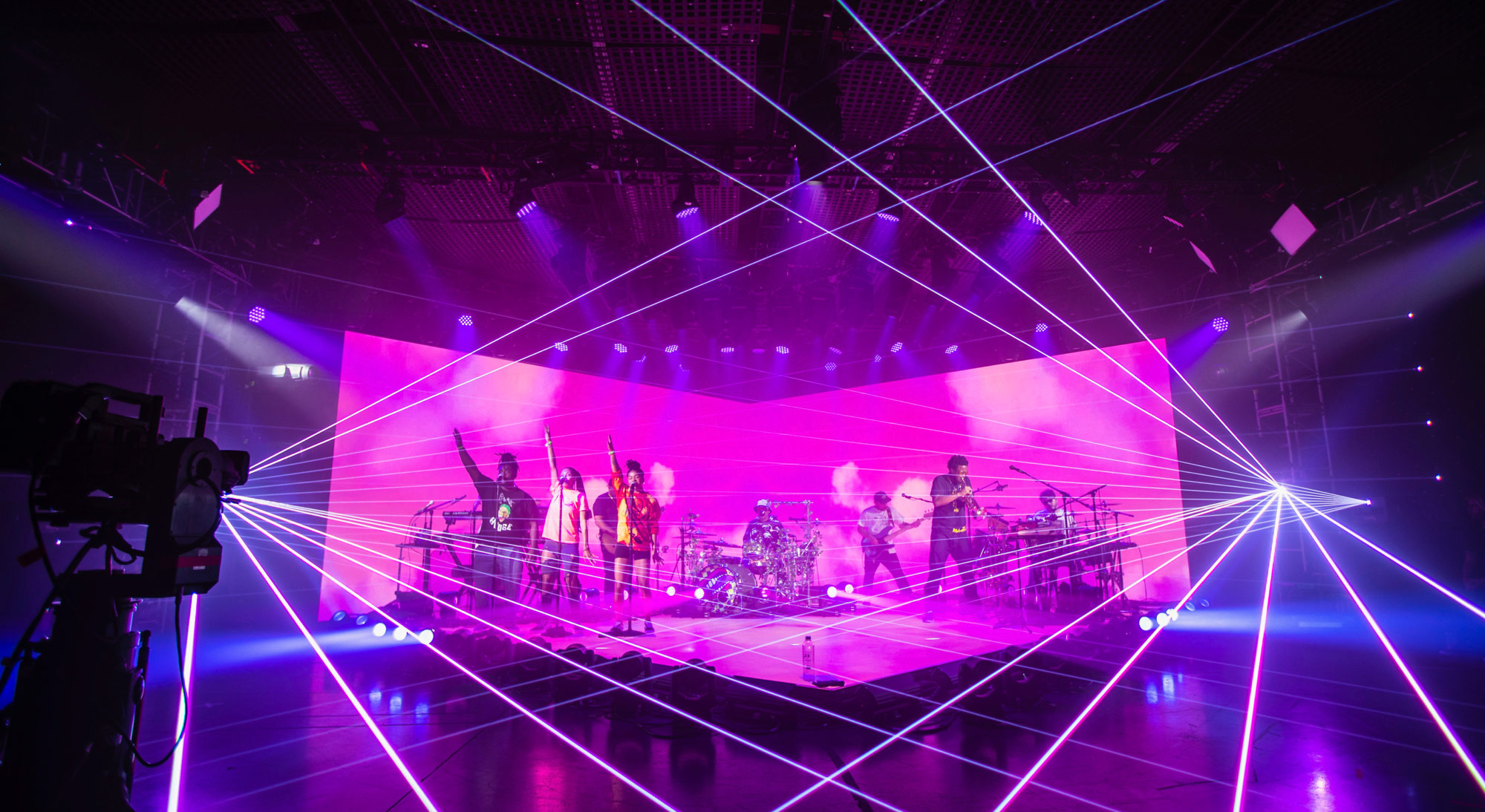 “With Covid, we are restricted as to how many people can physically be in studio so the implementation of the POV angles is even more critical for current working conditions. And the Blackmagic cameras all worked brilliantly in a POV scenarios. The Pocket 6K’s beautiful touchscreen in particular was invaluable for quick setting adjustments for changing lighting and laser conditions,” Hayes said.

“The POV shots then actually became key cameras. They were essential for Anderson Paak due to the limited stage space and limitations on the amount of people allowed in studio,” Hayes continued.

Prior to going live, the team used Blackmagic Design Web Presenter streaming devices to help with previz work and to help all continue to work remotely throughout the late hours. To stream, they used a mix of fiber, hard line and satellite connection for redundancy and to send Epic the final show run. From there Epic distributed the feeds into Fortnite.

“One of my favorite new Blackmagic items I am currently using a lot of is the Blackmagic Video Assist 7” 12G HDR. The ease of use and versatility as a test monitor and a high resolution recorder is invaluable for me. I am able to record each show or rehearsal from my location at the switcher and immediately have the ability to review or hand off the SSD drive to a client for file transfer or additional review,” said Hayes. 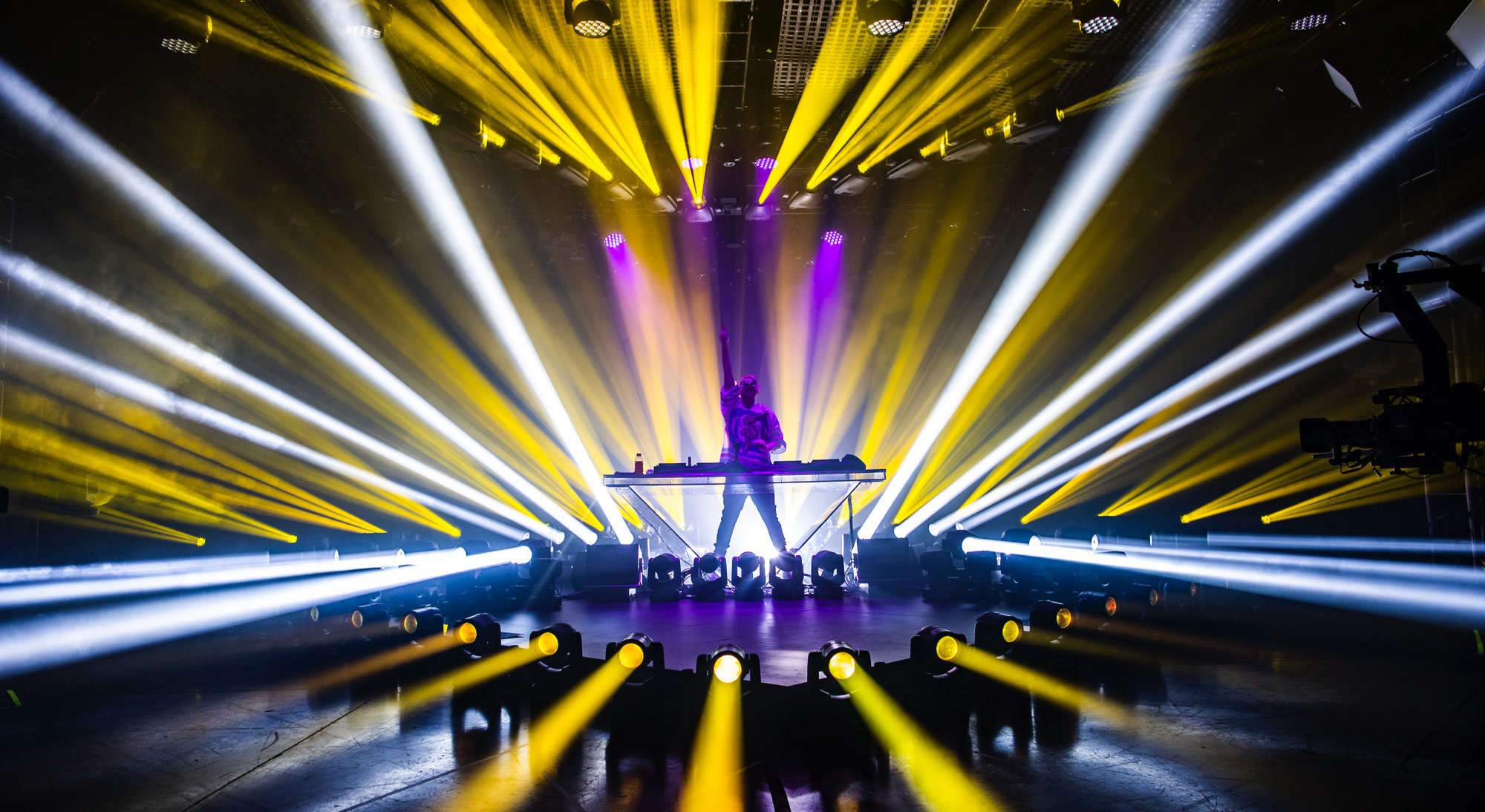 He continued: “We also used them to catch video content from the artist’s video producer, which was not able to be initially formatted in the required way. These files were what was ultimately used by our team to create the spanning and at times 3D visuals for our third performance with DJ Slushii.”

The Spotlight Concert series was not Hayes and Pavelo’s first use of a Blackmagic Design workflow for Fortnite. Previously they used a mix of Blackmagic Mini Converters, Videohub routers, DeckLink capture and playback devices and ATEM Constellation 8K and ATEM 1 M/E Production Studio 4K switchers for the recent Fortnite World Cup.

“The size and quality of all of the Blackmagic equipment proved and continues to prove to me the benefits of the Blackmagic gear. We are heading towards using full XR technology for more streamed concerts and are considering building our own truck to accommodate these using more Blackmagic products,” he concluded. 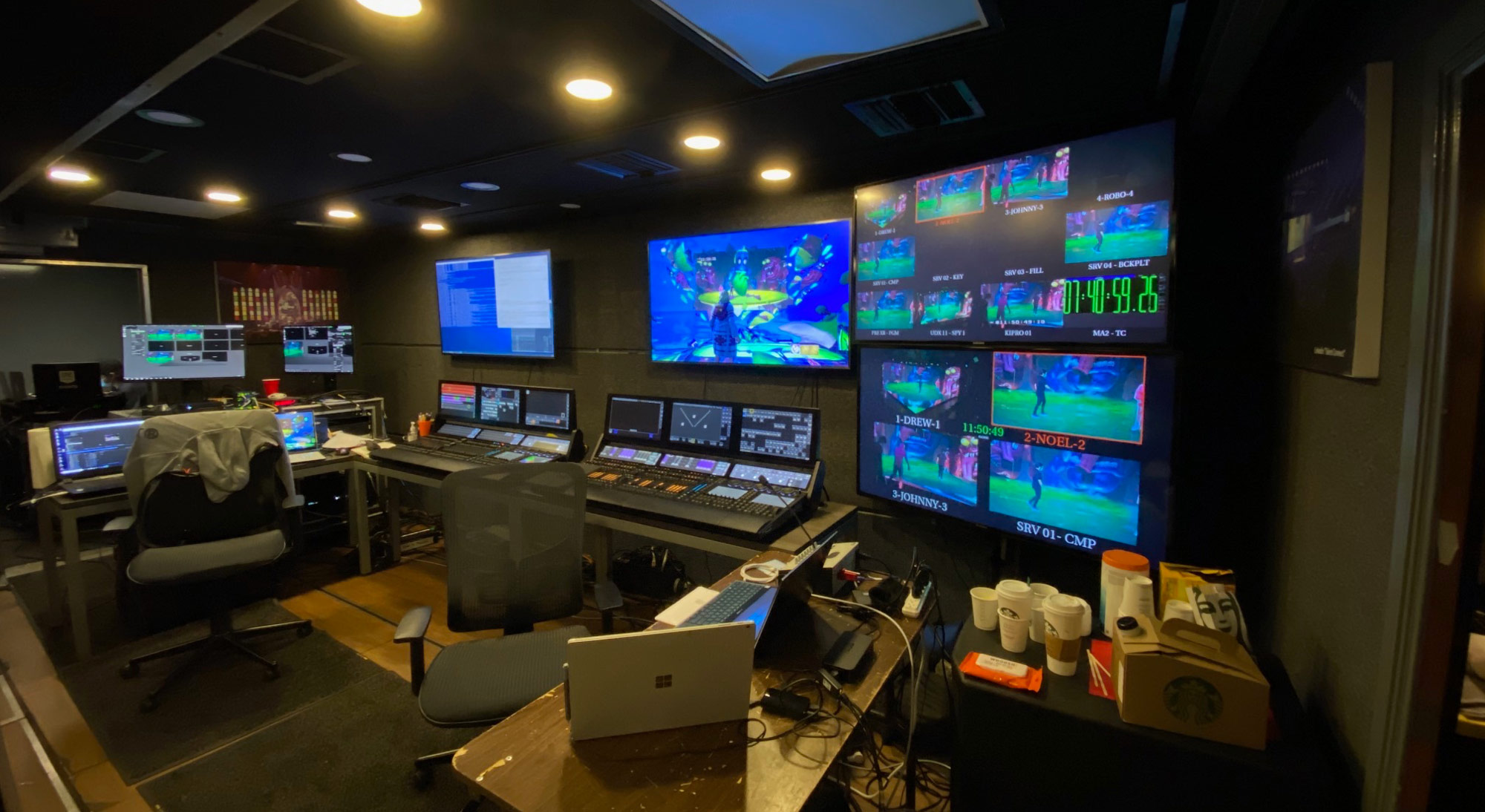