If you intend to do a documentary or film in Europe, beware of new rules regarding important landmarks in public places. Soon it may be forbidden to film or photograph them without permission! Yes, that’s Europe for you! 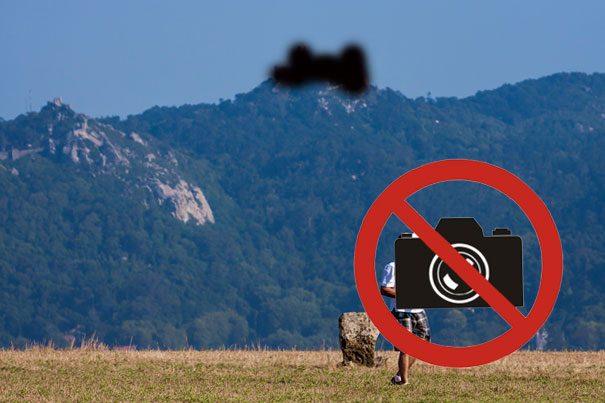 Cinematographers, indie videographers or anyone capturing images in Europe must be aware of the new rules that soon may be applied to any use of image capturing devices. If legislation passes, it will be something like this:

The commercial use of photographs, video footage or other images of works which are permanently located in physical public places should always be subject to prior authorisation from the authors or any proxy acting for them;

It is easy to imagine what is going to be the future if this goes ahead: views of London without the Big Ben or Parliament Houses, Paris without the Eiffel Tower (which, anyway, you are already forbidden to photograph or videotape at night) Athens without the Acropolis, Rome minus the Colosseum, the coast of Normandy (France) without the Mount St Michel.

If the idea above frightens you, imagine a world of images without the Neuschwanstein Castle, in Germany, Schönbrunn Palace in Vienna, Austria, La Sagrada Familia, Barcelona, Spain, the Tower of London, Great Britain, or many others. No, it’s not a nightmare, it can happen and if nothing is done to stop it, it will happen soon. There are less than three weeks to stop this nonsense. 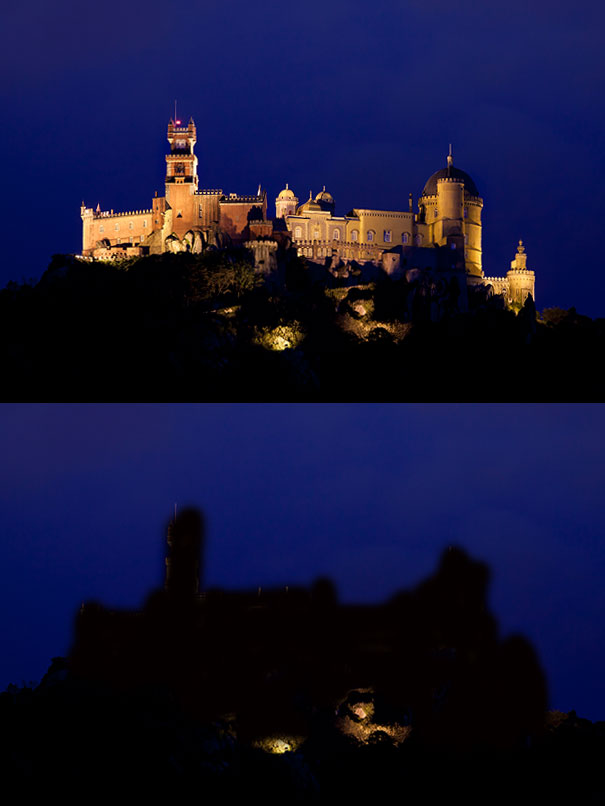 If the EU directive goes ahead, future images of European landscape may have to look like this (see above) if there is no permission to show a landmark

Unfortunately, there is more from the European Parliament. These are the same people who in 2009 suggested consoles, computers and game devices in general should have a RED PANIC button so parents can disable games that they feel are inappropriate for children. The imaginative minds behind the idea for a legislation forgot, it seems, that all devices have an ON/OFF button and sometimes even a RESET. Probably because they spend so much time inside their glass house in Brussels, they forget how the real world is.

The information about the – unintelligent – idea has, it seems, vanished from the European Parliament website, but the web is a bad place for wiping idiotic content, so, besides one of many articles published on the subject, here goes the note from the documentation published at the time:

If by now you’re thinking something is terribly wrong, you’re correct. This is the same European Parliament that in 2013 announced a standardization of the flushing of all toilets and urinals in the EU. A decision taken after years of study of “user behaviour” and “best practices”, according to a technical report which took a couple of years – and a lot of money – to complete. Based on the study, the experts have decided to set the average flush volume as “the arithmetic average of one full flush volume and three reduced flush volumes”. Yes, now you know it.

This is the same people who defined that “Class I and Extra class cucumbers are allowed a bend of 10mm per 10cm of length” and that Class II cucumbers can bend twice as much. Any cucumbers that are curvier may not be bought or sold” adds the report. Brussels also spent time defining what fruits and vegetables should look like – trying to perfect God’s work, I believe – and went as far as deciding that all bananas bought and sold in the EU must be “free from malformation or abnormal curvature.”

Something in this list of nonsenses – and yes, there are many more – makes me think that the bureaucrats from Brussels do not know much about real life and never went to play in their grandparents’ orchard. They’re probably born and raised in the glass house they live in…

The sad thing is that this same people is now preparing a directive that, if approved, will rob many travellers from taking home some of the most iconic landmarks of Europe, to share with friends, and probably make them travel to Europe, bolstering Tourism and growing Europe’s economy.

Commercial or Editorial? A Thin Line

According to one article published by The Signpost, Wikipedia’s community-run newspaper, “rather than allowing people to take and publish their own photographs of buildings and monuments in public places—as celebrated in the annual Wiki Loves Monuments campaign, as well as many books with author-supplied photographs—full permissions, clearances, royalties, and/or use of authorised images would be required for videos, photographs, paintings or drawings with any potential commercial use. “

Photographers and videographers know from experience how thin is the line between commercial/editorial and private use when it comes to a confrontation with police or security elements, and how troublesome some situations can be – the recent years in Great Britain have shown that simply pointing a camera at a building can be… dangerous – so this new law, if it passes, is going to change the landscape for the worst. Meaning you’ll have to delete parts of your film if you’ve not requested the proper permissions before.

If Brussels goes ahead with the legislation or directive, states The Signpost, “this would end a long-standing tradition in many countries that the skyline and the public scene should belong to everybody”. It also means that authors of books or films already published depicting those landmarks, even as if part of a general view, may be pursued if they do not have requested permissions. This also means that in the future any author will think twice before capturing images, static or animated, of many of the places that make part of our common History and past. Does this make any sense to you? It apparently makes complete sense to the glass house people…

From July 9 2015, if the legislation is approved, “the commercial use of photographs, video footage or other images of works which are permanently located in physical public places should always be subject to prior authorisation from the authors or any proxy acting for them”. This final text, curiously, comes from the French MP Jean-Marie Cavada, a former journalist and television and radio station director, born in the country that is always pointed as the birthplace of European photojournalism and street photography. We surely live in a strange world! 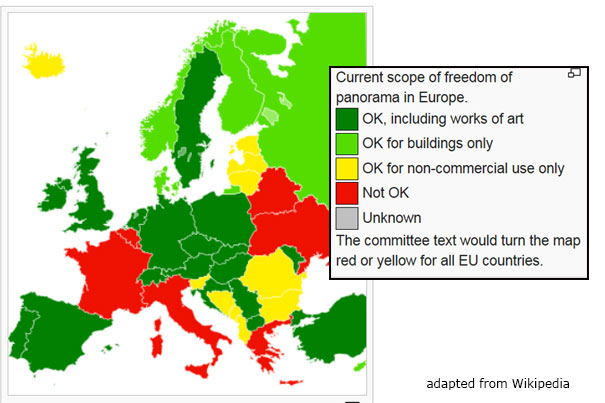 The legislation from Brussels aims to harmonise laws around Europe – as they did for urinals! – concerning the “freedom of panorama”. FOP, as is often abbreviated, is, according to Wikipedia, “a provision in the copyright laws of various jurisdictions that permits taking photographs or video footage, or creating other images (such as paintings), of buildings and sometimes sculptures and other art which are permanently located in a public place, without infringing any copyright that may otherwise subsist in such works, and to publish such images.”

Still following Wikipedia, “Panorama freedom statutes and/or case law limit the right of the copyright owner to take action for breach of copyright against the creators and distributors of such images. It is an exception to the normal rule that the copyright owner has the exclusive right to authorize the creation and distribution of derivative works. The phrase is derived from the German term Panoramafreiheit (“panorama freedom).”

In the end this may well come to nothing – as so many other “directives” from Brussels that collide with REAL LIFE – but no one will be free from the FREE interpretation many people — usually law enforcement agents and similar – make of a rumour or some newspaper headline they never care to read completely. So, if you’re travelling to Europe this Summer, in work or for pleasure, do make sure you’ve perfect understanding of the rules when it comes to video and photography. You may only want to do a scenic of Paris with the family in the foreground, but beware, because Brussels bureaucrats may be watching you!