Launched this June, the official release of Closed Caption Creator V1.4.2 is now available to all users, updated with a number of new features and an improved UI. And it is free. 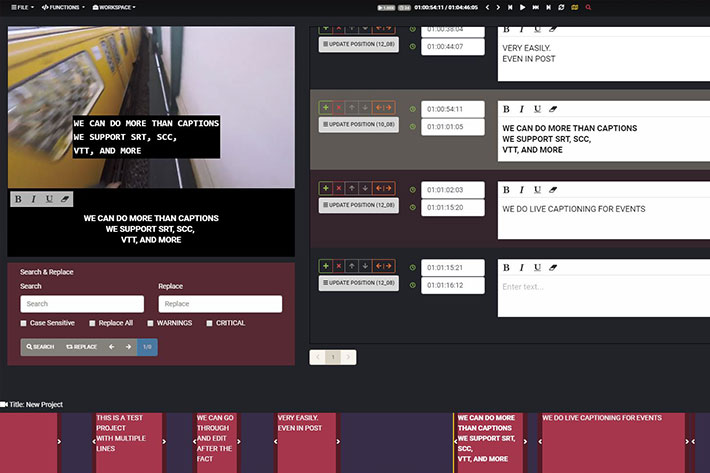 Support for new captioning formats and integration with top web based players as Vimeo, YouTube and Amazon’s AWS 33 are some of the new features of the most recent version of Closed Caption Creator.

You probably have asked, by now “what is Closed Caption Creator?”. Well, it’a a a free web-based application used by creative professionals to create, edit, and deliver web-based captions in multiple formats and framerates. Closed Caption Creator is intended to help provide advanced tooling and support to users in the most accessible way with no installation, and no sign-up. Users can simply visit a webpage online and begin working using files stored locally or in the cloud.

Closed Caption Creator is cross-platform and provides support for the most popular caption formats including SCC, SPIT, TTML, and WebVTT. Users also enjoy the convenience of direct integration with video players from a number of third party platforms including Vimeo, YouTube, and Facebook. With multi-framerate support, Closed Caption Creator can be used in both OTT, post production, and linear broadcast workflows.

Version 1.4.2, now available, is the culmination of the most popular feature requests from users along with their feedback. The main goal of this release, says videographer and audio  engineer Nathaniel Deshpand, founder of Latent Image Design, the company behind the project, “is to continue to build a user-base and provide caption tooling for broadcast and media professionals. This release offers a number of key new features including support for Vimeo, FCP XML exports, and an updated UI which scales for smaller screens. This release introduces the ability to share projects between users for better integration with third party applications.” 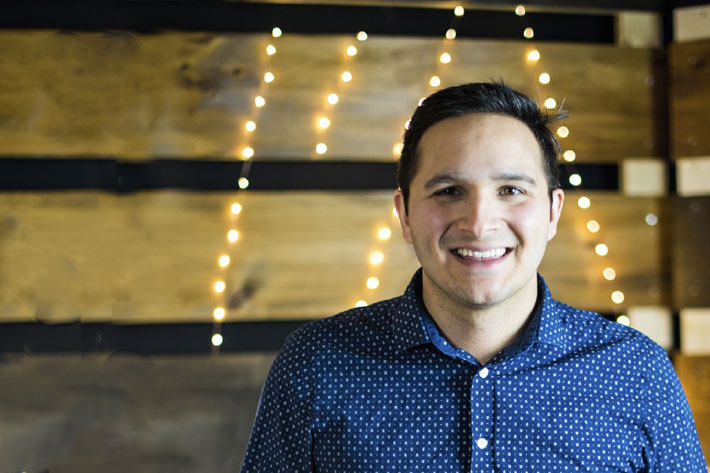 Nathaniel Deshpand contacted ProVideo Coalition to share information about the new version of the program, and that’s how we got to know the software. Eager to know more, we asked Nathaniel Deshpand if he had tested the output with broadcast to know if it meets quality control, and he replied this: “​The SCC export option is the only format that has been tested in both post production (Premiere Pro) and linear broadcast to ensure it meets the correct standards. Other sidecar formats such as SRT, and WebVTT have been tested using YouTube, Vimeo, and Facebook. Other formats such as FCPXML, were created based on customer feedback and have only been tested by a few users.”

The number of users of Closed Caption Creator has grown consistently since the first public beta was released, in October 2017, from 100 users/month to over 2000 in April, May and June 2018. Most recent numbers, based on data from May 2018, show more than 2600 users, responsible for more that 3300 sessions, for a total of more than 11000 users since October 2017. Nathaniel Deshpande  says that “most of this work has been done out of interest – but the feedback from users has been incredible and has pushed us to continue to build/add new features each month.”

Closed Caption Creator was born out of necessity, as many other projects. After graduation, in 2012, with a technologist diploma in Broadcast Engineering, Nathaniel Deshpande started to work in television broadcast with  Crossroads Television Services (CTS) in Burlington, Ontario. It was while working for CTS that Nathaniel gained experience designing and troubleshooting workflows involving file based captioning. 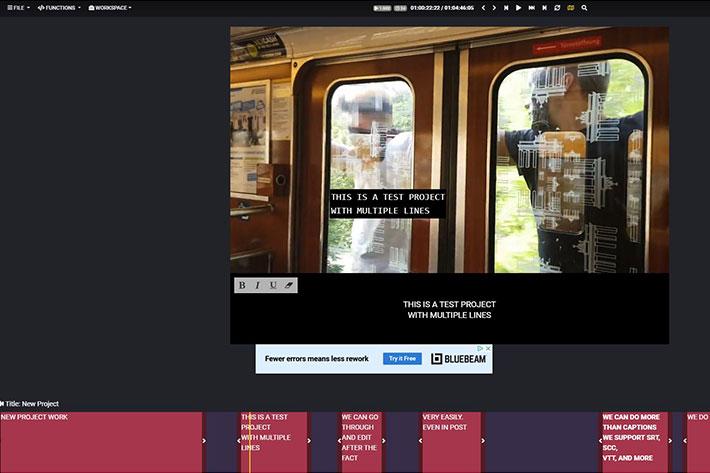 A tool to reach wider audiences

This experience eventually led to the design of Closed Caption Creator – a tool initially intended for use by broadcast engineers in order to help provide insight while troubleshooting captioning problems. As happens with many other tools that attract the attention of people, Closed Caption Creator has evolved into a fully functional caption application with support for nine of the most common caption formats and integration with the most popular video-cloud providers including Vimeo and Youtube.

Closed Caption Creator is developed by Latent Image Design, the company founded in 2012 by Nathaniel Deshpande. In the  beginning, Latent Image Design focused on producing video content for Canadian musical artists and bands. It eventually developed into a successful YouTube channel (Latent Image Studios) with over 1300 subscribers and 1M views as well as a platform to launch a  number of commercial projects including ArtistCMS, and Closed Caption Creator.

Who is Closed Caption Creator for? – we asked Nathaniel Deshpande. He believes the tool is for users who want to reach a  wider audience and make their content accessible to everyone. Nathaniel Deshpande reminds us that “In North America and Europe broadcasters are regulated by a governing body to provide closed captioning for the majority of their content. For example, in  Canada, the CRTC requires most broadcasters to include closed captioning for  100% of their content during the broadcast day (6:00AM – 12:00AM).”

“However, – he continues –  the future of broadcasting is changing, and viewers are no longer consuming video content strictly from television broadcasters. Consumers are watching on their mobile devices from alternative such as Facebook, YouTube, and Vimeo. The majority of content is no being produced by large studios but by independent filmmakers, video  bloggers, marketing teams, and the general public.This is where Closed Caption Creator can have the biggest impact.” 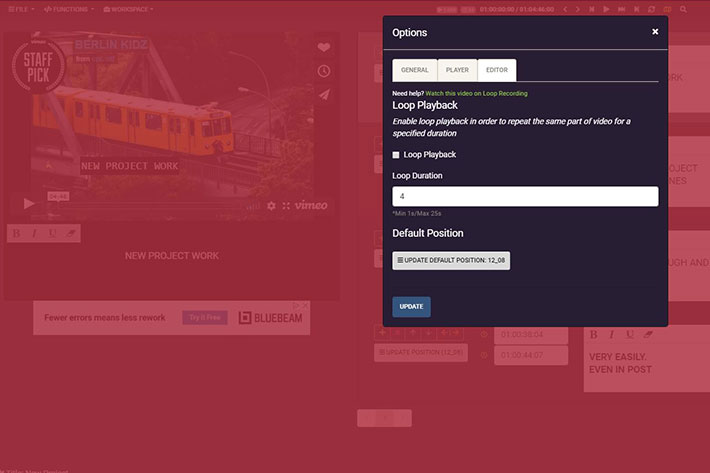 The mission of Closed Caption Creator is simple – help create a more  accessible future by providing tools that help others create accessible content, adds Nathaniel Deshpande. To reach that goal, the core application available online, he says, “will continue to always be free with revenue generated by Google Adsense (embedded under the video player). Users have the option to disable advertising by enabling the Search view (which replaces the advertising component).”

Nathaniel is aware of the potential of the solution created and has a plan beyond the free version. He says that “The endgame would be to monetize Closed Caption Creator for organizations who wish to integrate it with third party systems (e.g. Media asset management, VOD, quality control, etc.)”. Those companies will have the option to purchase a yearly license. This license will also include a copy of the new command line tool to help automate caption processes. This license is available now for purchase and will help support continued development for the free public version.

Latent Image Design has, since our first contact, signed a deal to develop the above mentioned command line application to help automate closed caption processes for third party applications. It is a development, continues Nathaniel Deshpande, ”which we are really excited about. The tool will be ready for other companies commercially in September of this year.”