Codex Digital will showcase its latest digital media recorders and media management systems for film and television production at Cinegear 2012 in Los Angeles. Featured products will include the Codex Vault S, Codex’s next generation, modular, location-based media management environment, which has begun shipping. 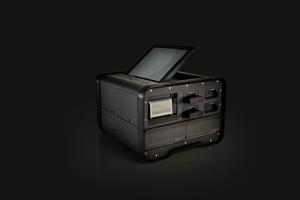 The Codex Vault is the hub of the modern near-set or on-set workflow, facilitating fast media transfers, automated production management, full reporting and archiving, all within a single device that is rugged and compact. The Vault supports digital cameras made by ARRI, Sony, Canon and other manufacturers, providing a single, standardized workflow and a task-based user interface that anyone can use.

Codex will also be showing a Codex Onboard M recorder with an ARRI Alexa camera. Codex continues to lead the way in ARRIRAW recording, working closely with ARRI and supporting frame rates of up to 60FPS at 16:9 and up to 48FPS at 4:3.

“We continue to enhance and broaden our product line to support the full range of today’s digital cinema camera systems and workflows,” said Codex Digital Vice President, Market Development, Sarah Priestnall. “We are providing filmmakers with the tools they need to record the spectacular high resolution imagery that the latest generation of cameras is capable of capturing, as well as workflow tools to manage media assets with maximum efficiency.”

Codex recorders and workflow products were used along with ARRI Alexa cameras shooting ARRIRAW in two films in competition at Cannes this month – Amour, directed by Michael Haneke and shot by Darius Khondji, ASC and Lawless, directed by John Hillcoat and shot by Benoit Delhomme.

Codex Digital products set the standard in digital cinema and television production for recording, workflow and metadata management, media archiving and deliverables production. Over the past two years, more than 100 major motion picture productions have employed Codex technology to reliably and accurately record and manage digital cinematography, including The Avengers, The Dictator, Rock of Ages and Real Steel.

Codex Digital, who are based in London, England design and manufacture high-end digital equipment for motion picture and television production, products include the award-winning high-resolution media recorders and a range of media management stations to manage the entire workflow of a digital production from set to post production. The company is setting new standards for end-to-end production workflow.