ProGrade Digital is the first company to publicly demonstrate the CFexpress 1.0 technology with 1TB of capacity, offering speeds video and photo professionals will want to be able to use. 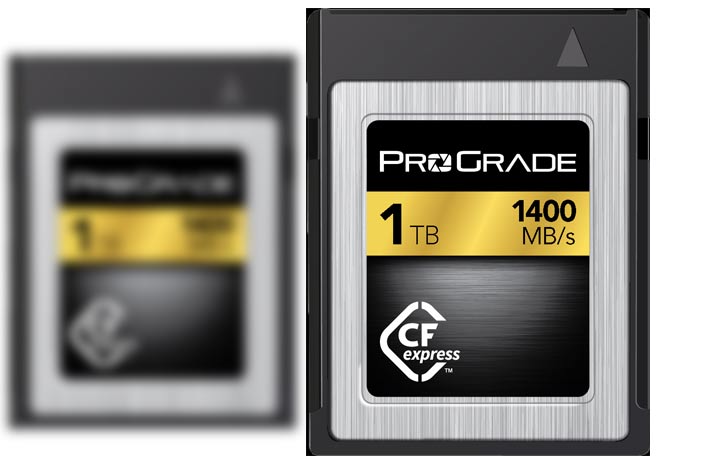 A transfer speed of 1,400MB/second is a new milestone, and one that ProGrade Digital believes is a good reason to opt for the CFexpress memory card form factor, which provides more speed than XQD.

ProGrade Digital, a company formed by industry veterans previously associated with Lexar and SanDisk, focuses exclusively on development of memory cards, card readers and workflow software for professional imaging markets. Their goal is to provide solutions for still imaging and video and help expand the creative visions of cinema and photography professionals around the world. That goal includes promoting the use of CFexpress cards, which the Compact Flash Association has presented as an evolution of the XQD standard… and a way to bring together the top-tier manufacturers using CFast and XQD around a common standard.

The presentation at NAB 2018 is the confirmation of promises made by ProGrade Digital recently, when the company said it would not make XQD cards, but push the market to adopt the CFexpress format. There is no better way to promote an idea than to demonstrate its viability, and that’s what ProGrade Digital did in Las Vegas, claiming to be the first company to publicly demonstrate the CFexpress 1.0 technology with 1TB of capacity.

The debut of this important next generation digital memory card form factor, presented by CEO Wes Brewer and VP of Marketing Mark Lewis at NAB in Las Vegas, provides, according to the company, “solid proof that the industry is moving toward productization of this new standard.”

“The CFexpress standard has been evolving for several years within the CompactFlash Association as a successor to both CFast and XQD formats. We are pleased to be working within the CFA and aside device manufacturers to bring to market this next generation removable storage standard,” said Brewer. “Industry adoption of CFexpress will allow for much higher resolution and higher bit rate image capture than ever before in many still image and video capture devices. Faster offload speeds will also greatly benefit the post-capture workflow through the extremely high read speeds it provides. With our demonstration today, we’ve also been able to show compatibility for the CFexpress Type B form factor with XQD memory cards–showing operation of both card standards in a common Thunderbolt 3 reader.”

According to ProGrade Digital the demonstration showed performance benchmark speeds exceeding 1,400MB/second and burst write speeds of greater than 1,000MB/second–nearly three times faster than CFast memory cards and more than four times those for SDXC UHS-II. 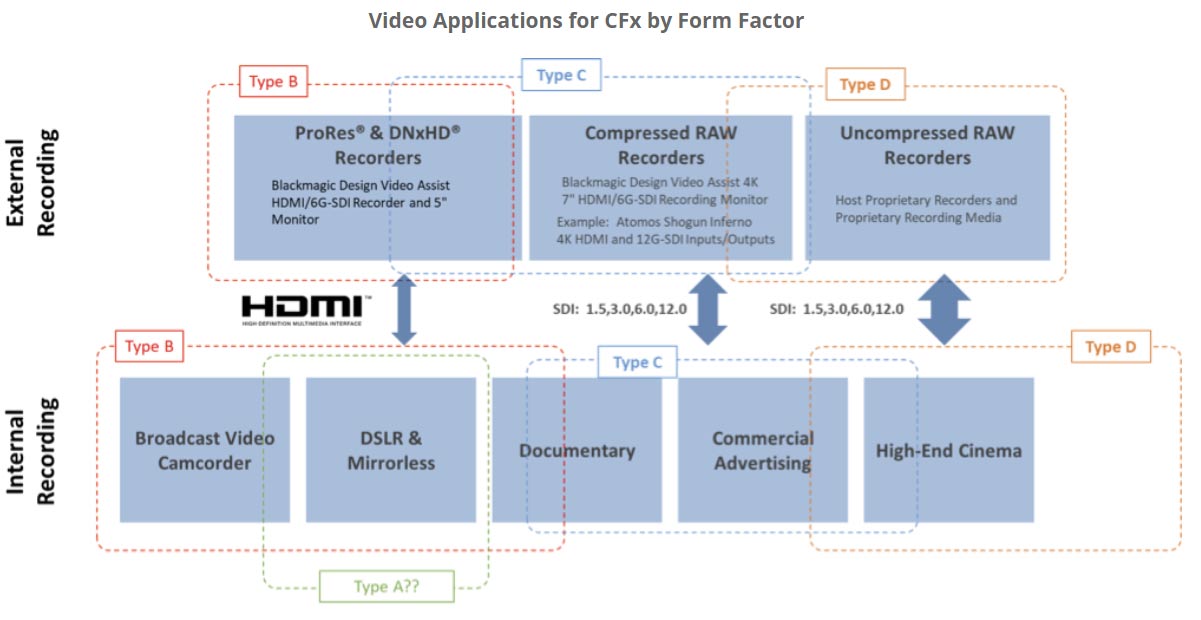 In a technical paper published on ProGrade Digital website,  the company’s CEO, Wes Brewer, indicates that “leveraging the performance capabilities inherent in PCIe as a bus interface – and already utilized in XQD – the CFx Type B format factor doubles the number of PCIe lanes from one to two and adds the logical device interface capability of NVMe (Non-Volatile Memory express) pioneered by leaders in the field of SSD technology.  NVMe adds critical new features such as queuing and parallelism to dramatically increase performance of flash memory storage devices as compared with the legacy protocol of AHCI (Advance Host Controller Interface).”

The demonstration held by ProGrade Digital at NAB 2018 also included thermal throttling – the ability to slow-down the transfer rate of the card –  if temperatures within the card exceeds 70 deg. C for a sustained period. This ability to throttle performance based on card temperature is considered a critical consideration for applications such as video capture that require long sustained periods of writing to a card.

The benefits of a CFexpress Type B card for use in digital imaging applications are what led ProGrade Digital to invest in this memory card form factor, and while the company showed at NAB 2018 what the form factor Type B can offer at a capacity of 1TB, ProGrade Digital is actively evaluating other form factor options, “as the interest level from imaging companies develops”. In fact, according to Wes Brewer, “over time, other form factors within the CFx specification will likely include a Type A card (single lane)  – similar to SD, a Type C card (four lane) – similar to storage modules from Codex and possibly an even larger Type D (eight lane) for very high capacity, high performance applications may become available.”