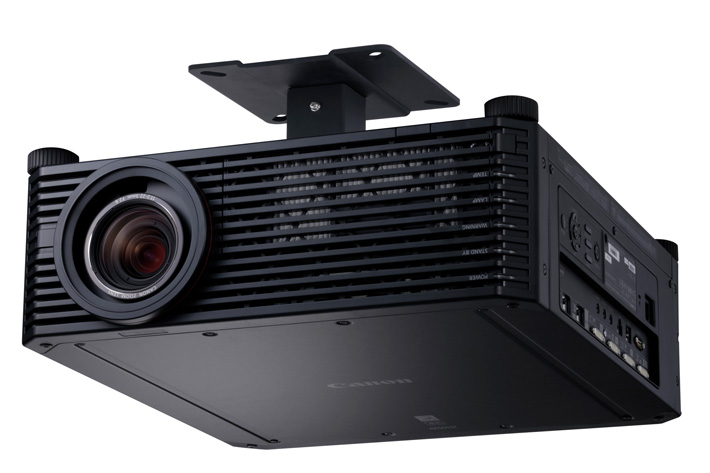 The new projector from Canon offers compact size associated with high resolution, the ideal combination for those who require image quality but may have limited space.  The price, though, is high: $58,990.

The Canon REALiS 4K501ST Pro AV LCOS projector incorporates all the features of the REALiS 4K500ST, as well as an enhanced video interface that offers two HDMI version 2.0 inputs with HDCP 2.2 support. One of the aspects that is capital on the projector is the resolution. At 4096 x 2400, the REALiS 4K501ST projector’s native 4K resolution is made up of more than 9.8 million pixels – higher than the Digital Cinema Initiative (DCI) standard for 4K cinema (4096 x 2160) and more than QFHD (3840 x 2160), the resolution standard for 4K TV. This higher resolution can be a critical factor for those applications like simulation and training and design and engineering, which may require larger vertical display areas. 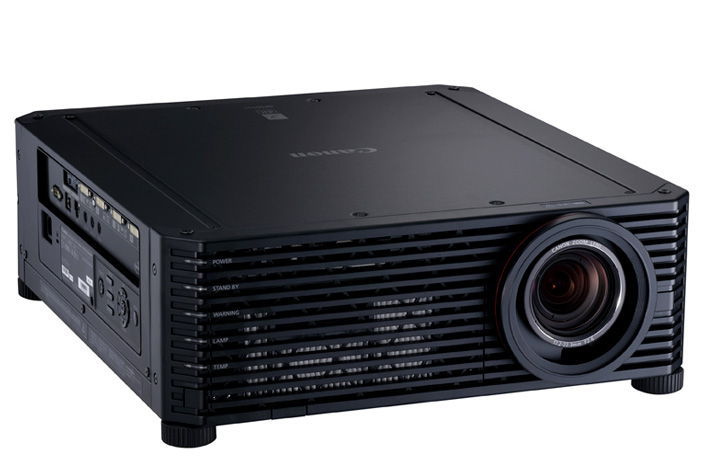 The 4K501ST projector comes equipped with a specially designed Genuine Canon 4K short focus wide zoom lens and throw ratio of 1.0 – 1.3:1, allowing it to project a 10-foot wide image from an approximate distance of only 10 feet. This projection lens possesses advanced spherical focus capabilities derived from Canon’s L-Series EF camera lenses which is distinguished by a bold red ring around the outer barrel. The lens delivers superb performance due to such sophisticated Canon optical technologies as ultra-low dispersion (UD) glass, aspherical lens elements and super spectra multi lens coatings. The brilliance of this lens is what also drives the Marginal Focus feature and its capability to help ensure content projected on the peripheral portions of domed surfaces remains in focus.

The projector is the newest member of the REALiS Projector series which all feature Canon’s LCOS (Liquid Crystal on Silicon) Technology with AISYS-enhancement. This advanced technology, which is achieved by Canon’s proprietary AISYS (Aspectual Illumination System) Optical Engine maximizing the performance of three LCOS panels, is renowned for delivering virtually seamless images with outstanding color reproduction, and low-latency playback for improved display of video content. This unique engine is critical in helping to ensure the 4K501ST projector delivers an ideal combination of both brightness (up to 5000 lumens) and contrast ratio (up to 3000:1), while also helping the projector maintain a small form factor – a very important issue for applications with limited spacing, and those that may require an upgrade of an existing lower resolution unit of similar size.

The 4K501ST projector is also able to deliver a virtually consistent level of brightness throughout its zoom range thanks to the combination of the AISYS Optical Engine and the advanced optical technologies found within the projector’s Genuine Canon 4K lens. 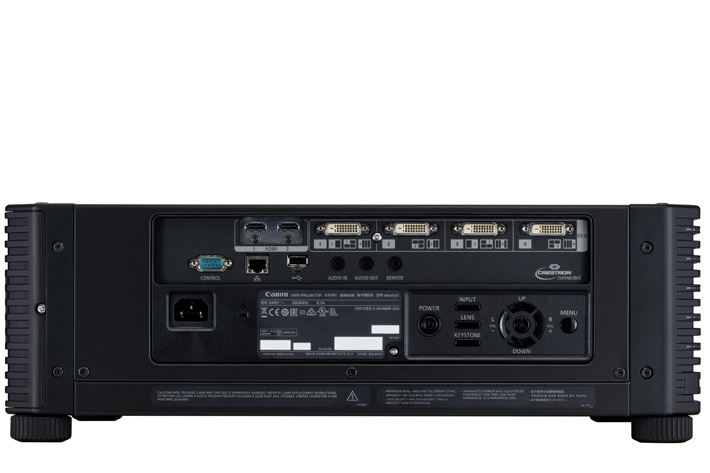 The REALiS 4K501ST projector also integrates powerful dual image processing engines that execute such complex tasks as smooth reproduction of uncompressed 4K video at up to 60 fps, and two upscaling technologies, BiCubic and Canon’s proprietary Sharp Trace which detects contours of an image in a diagonal direction and performs interpolation, to help optimize 2K video and other non-native 4K resolution content.

In terms of conectivity, the Canon REALiS 4K501ST projector includes two HDMI (version 2.0) and four DVI inputs supporting single, stripe and cross configurations for 4K, 2K or HD video playback. This model also supports PJLink which makes it possible to control and monitor the projector over a network, making it easier than ever to observe lamp hours, usage and more. For even more control, the REALiS 4K501ST projector is a Crestron Connected device and support AMX Device Discovery.

Advanced image adjustments and system settings on the REALiS 4K501ST also include the following optional features: