Can surveillance cameras enter cinematic production? Canon believes so, as they present their first multi-purpose camera, the new ME20F-SH, with a sensitivity over 4 million ISO. 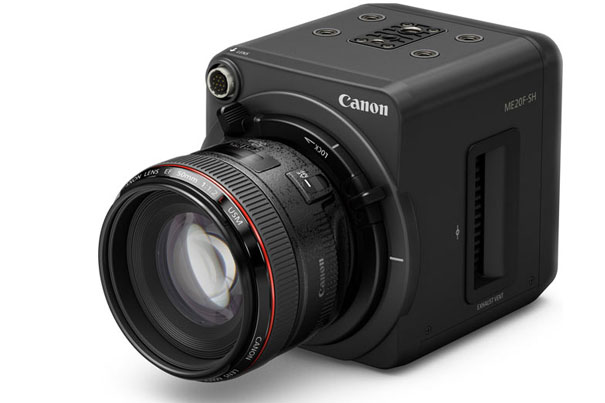 If 4 million ISO of sensitivity grabbed your attention, then let’s add what this means: the new camera can capture Full HD video with a minimum subject illumination of less than 0.0005 lux. For reference, remember that with as little as 0.03 lux of illumination, or approximately the brightness of a crescent moon, it is difficult for the naked eye to perceive objects.

The new ME20F-SH is, according to Canon, designed for “nighttime surveillance and security, cinematic production, reality television, and nature/wildlife documentaries”. These are some of the ME20F-SH’s many possible usage applications. With the ability to capture color video in extreme low-light conditions and its simplistic and versatile design, the ME-20F-SH Multi-purpose Camera can be easily incorporated into existing infrastructures and systems to provide high-quality video capture even where subjects might not be seen with the naked eye.

Canon’s new multi-purpose camera is not exactly new, but the result of ongoing development. The company presented, at the Security Show 2013, in Tokyo, a prototype camera incorporating the newly developed 35 mm full-frame CMOS sensor and sample footage captured with the camera. The 2.26 megapixel CMOS sensor features pixels measuring 19 microns square in size, which is more than 7.5-times the surface area of the pixels on the CMOS sensor incorporated in Canon’s top-of-the-line EOS-1D X and other digital SLR cameras. 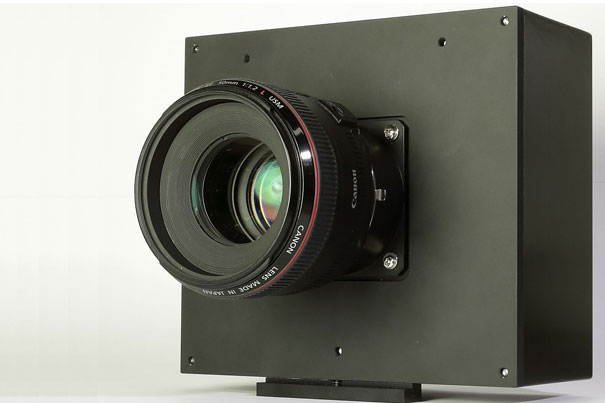 When the prototype was announced Canon revealed they were looking to possible future applications of the new sensor, in fields from astronomy to nature observation, alongside with support for medical research and in surveillance and security equipment, an area where Canon was strong and even stronger since February 2015, when they bought video surveillance leader Axis AB for $2.8 billion.

In 2013 Canon said that through the further development of innovative CMOS sensors, they aim to expand the world of new imaging expression, something that we see now, with the presentation of the ME20F-SH: a video camera with a sensitivity of ISO 4 million. The high number may not be usable for video you’ll see regularly at your local cinema, but it points to a line of development that may bring new and better sensors accross the different camera models from Canon.

For the prototype sensor Canon developed new technologies that reduce noise, facilitating the shooting of clearly visible video images even in dimly lit environments, as the brightness of a crescent moon. The new sensor, present on the ME20F-SH is an enhanced version of the 35mm full-frame CMOS sensor, with pixels measuring 19 microns square in size, which is, says Canon “more 5.5 times the surface area of the pixels on the CMOS sensor featured in select top-of-the-line interchangeable lens cameras”, a note pointing at models like the Nikon D810, Sony A7s or Canon’s EOS-1D X. Canon also developed further their technologies to achieve both reduced noise and exceptionally high sensitivity on subjects with a minimum illumination of less than 0.0005 lux. 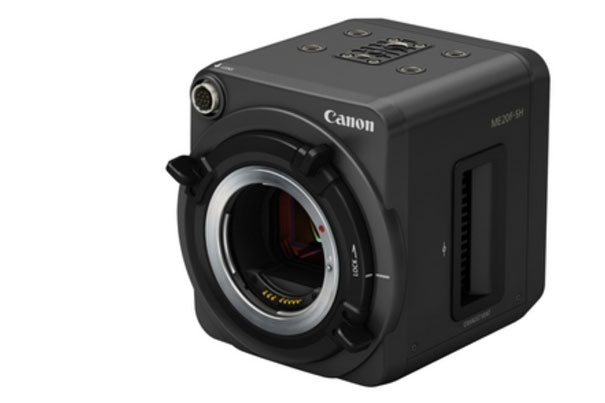 The compact and modular body design allows for easy custom configurations for diverse usage scenarios, explaining why the ME20F-SH is presented as a multi-purpose camera, but some aspects of the product make it interesting for cinematography. While capturing video in extreme low-light conditions often requires the use of infrared illumination (a technique that only yields video in black and white), the ME20F-SH camera achieves, states Canon, “impressive high-sensitivity performance enabling the capture of color Full HD video with reduced noise in low-light conditions without the need for infrared illumination.”

Finally, we’ve the compatibility with the line of EF lenses. In fact, the new ME20F-SH employs the same EF mount (Cinema Lock type) as Canon’s SLR cameras and Cinema EOS System-series of professional digital cameras, allowing users to make use of the company’s extensive lineup of interchangeable EF lenses (complete details regarding supported EF-series interchangeable lenses are scheduled to be made available in mid-December 2015). By letting users select the ideal lens based on their shooting or application requirements, taking into consideration such factors as angle of view and level of brightness, this multi-purpose camera facilitates a wide spectrum of imaging possibilities. 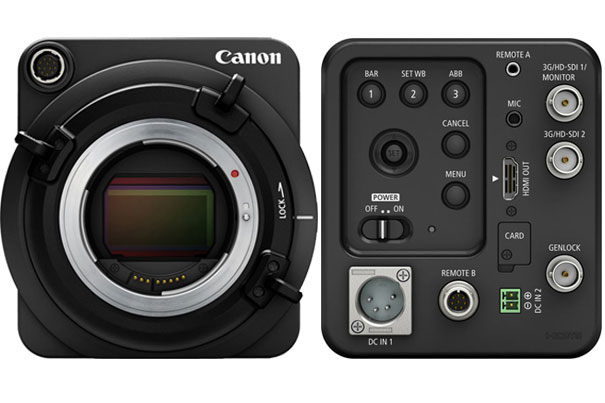 Employing output-only 3G/HD-SDI and HDMI terminals, Canon’s ME20F-SH camera enables users working on location to output video via a single cable to a variety of peripheral equipment, including external recorders and monitors. Equipped with a φ2.5mm stereo mini-jack and a round 8-pin jack for RS-422, the multipurpose camera is capable of connecting with Canon’s RC-V100 Remote Controller (released in June 2014 and sold separately). By allowing users to operate the camera or change settings from a remote location, the camera facilitates video capture from inaccessible locations as well as fixed-point surveillance. Furthermore, a φ3.5mm stereo mini-jack allows the camera to connect with an external microphone, enabling users working on location to output audio and video signals to connected peripheral equipment.