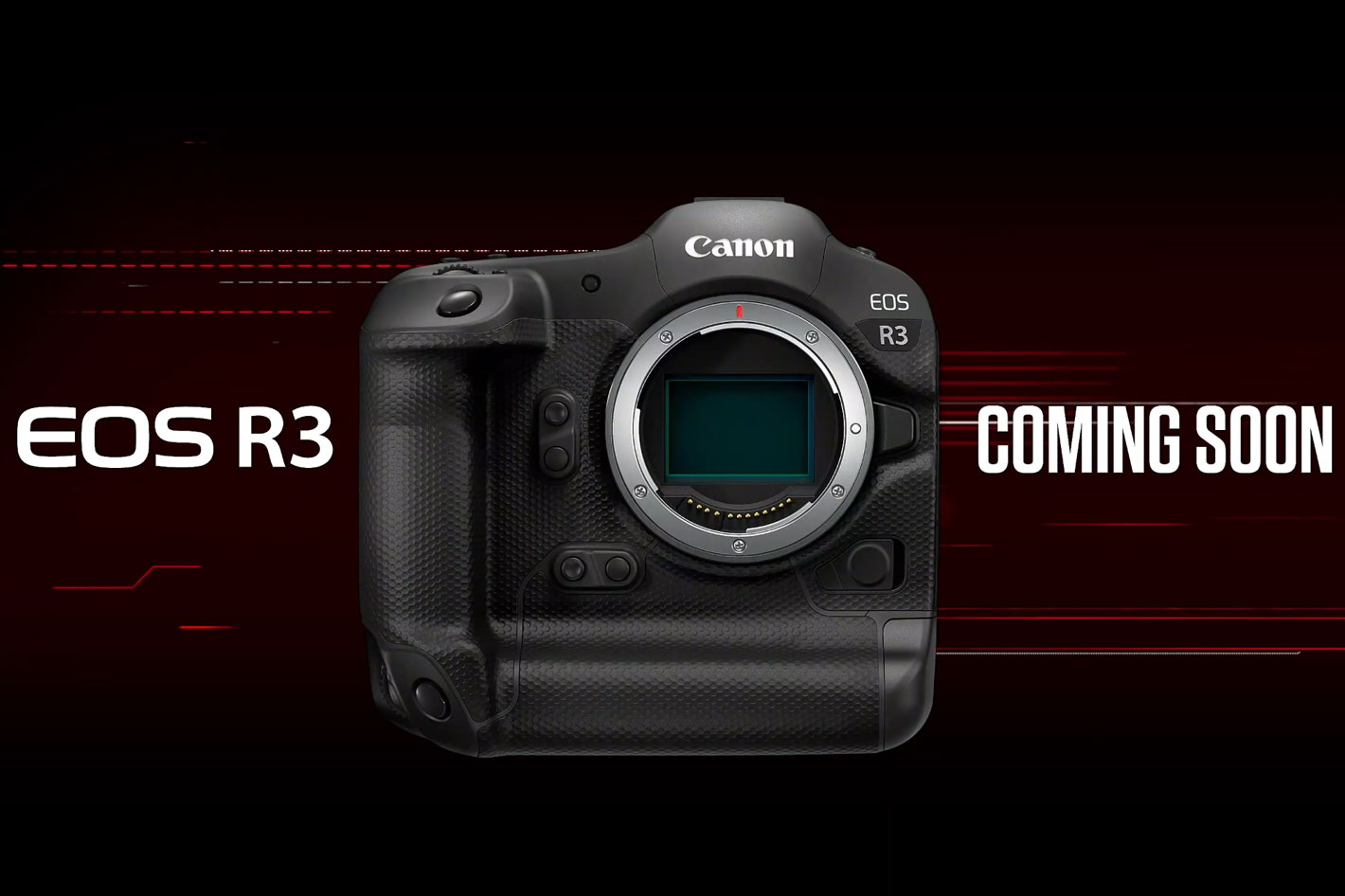 Auto Focus (AF) tracking for motorsports including racing cars and motorbikes and the ability to record oversampled 4K video are two of the features of the EOS R3 now revealed by Canon.

As the company did before with another R family camera, the EOS R5, details of the new EOS R3 are being shared in small portions, to keep the public interested. Announced on February 2020, the EOS R5 was introduced as the model that would redefine professional mirrorless cameras, a model to take the EOS R family into the future. Apparently, the future is inching towards us now, and the EOS R3 gives us a glimpse of what’s to come. Or better, Canon gives us some more hints about what the EOS R3 will be.

Canon’s first revelations about the EOS R3 were made in April, when it was announced that the new mirroless professional camera brings back a key feature of the pioneer EOS 5: Eye Control AF, meaning that where you look is where the camera focuses. Canon saiud, then that  the camera will “empower professional sports and news photographers to meet challenging demands – to outpace and outperform. Boasting qualities seen in Canon’s DSLR and mirrorless bodies, the EOS R3 truly is a hybrid, next generation camera for the sports and news photographers of today and tomorrow.“

More about the EOS R3

Now Canon adds to the information made available before, confirming that its latest high-performance, high-speed professional mirrorless camera, the EO R3, marks a new era for sports, wildlife and news photographers. Canon is committed to achieving the impossible, and this camera is no exception, says the company. The new specs prove the EOS R3 takes object-tracking to another level – adding Auto Focus (AF) tracking for motorsports including racing cars and motorbikes. In addition to this, ideal for filmmakers, the EOS R3 can record oversampled 4K video.

The EOS R3 combines the next-level performance and image quality advantages of Canon’s innovative EOS R System line-up. Pairing its RF Mount with Canon’s RF lenses, the EOS R3 offers, according to the company, “possibilities unseen in any other camera/lens duo and opens the door to previously unattainable capabilities and unseen optical excellence. As a result, professional photographers – whether shooting sports, wildlife, or news – can capture fleeting moments in time, in ways they never thought possible.”

Following the April development announcement, here’s some of the freshly revealed EOS R3 specs to be aware of:

Professionals following moving objects around the frame will enjoy the EOS R3’s ability to keep them in pin-sharp focus – even when shooting RAW at 30fps – thanks to Canon’s Dual Pixel CMOS AF technology. Alongside the people and animal (including birds) AF tracking technology found in the EOS R5 and EOS R6, the EOS R3 is perfect for motorsports photographers – with its ability to track racing cars and motorbikes. And when light conditions get tough, the camera can focus in extreme darkness at light levels -7EV or lower.

Supporting Canon’s unique Eye Control AF technology, which enables professionals to select the AF point with only their eye, the EOS R3 is an extension of any photographers’ creativity – reacting quickly in the moment to capture the shot. In low light, the EOS R3 offers up to 8-stops of protection against camera shake with Canon’s revolutionary combined Image Stabilizer (IS) technology. The camera’s sensor-shift IS works in tandem with the optical IS built into many RF Mount lenses, for a result that lets professionals shoot handheld in very dim light or while using long shutter speeds to intentionally blur movement.

At the heart of the EOS R3 lies a brand-new back illuminated stacked CMOS sensor, working together with Canon’s high-performance DIGIC X image processor. Today, Canon can confirm it will capture quality RAW files at a staggering 30fps with full AF/AE tracking. The breath-taking speed of the camera’s new sensor also redefines what can be done with an electronic shutter. Flash sync is now possible with the electronic shutter when used with external Speedlites, and rolling shutter distortion when shooting fast-moving subjects has been reduced.

In addition to its next-level still photography capabilities, the EOS R3 is suited to those looking to capture high-quality video. The camera will record oversampled 4K, or users can record RAW footage internally. Canon Log 3 is also available to provide professionals with greater dynamic range and colour grading possibilities. Crucially, the same object recognition available to stills photographers is also available to videographers, so filmmakers can track fast-moving objects around the frame, keeping them in sharp focus.

Built to withstand the rigours of day-to-day professional use, the EOS R3 will have a tough, magnesium-alloy body featuring dust and water resistance to the same level as Canon’s legendary EOS-1D X series – ensuring it can cope in the toughest weather conditions. Dual card slots allow image files to be written to SD or CFexpress memory cards.

The camera is powered by a high-capacity LP-E19 battery – the same as the one found in Canon’s EOS-1D X Mark III cameras – enabling professionals to use and share batteries between cameras that they may already have in their kitbag. The camera will also offer a choice of controls with both multi controller and smart controller – for completely intuitive operation. Offering three customisable dials on the body, plus a Lens Control ring on each RF Mount lens, this allows shutter speed, aperture, ISO, and exposure compensation all to be easily adjusted while the camera is at the photographer’s eye. The EOS R3 is also equipped with a Vari-Angle screen letting professionals compose easily from creative perspectives.

As a camera intended for leading sports and news shooters – connectivity is vital. Offering a built in Wired LAN socket and 5GHz Wi-Fi allowing communication with computer networks, laptops and mobile devices, professionals can share images quickly and easily. As previously announced, the EOS R3 is also compatible with the Canon Mobile File Transfer app. What’s more, the EOS R3 will feature a new accessory shoe which provides data communication and power for new accessories when attached to the camera. 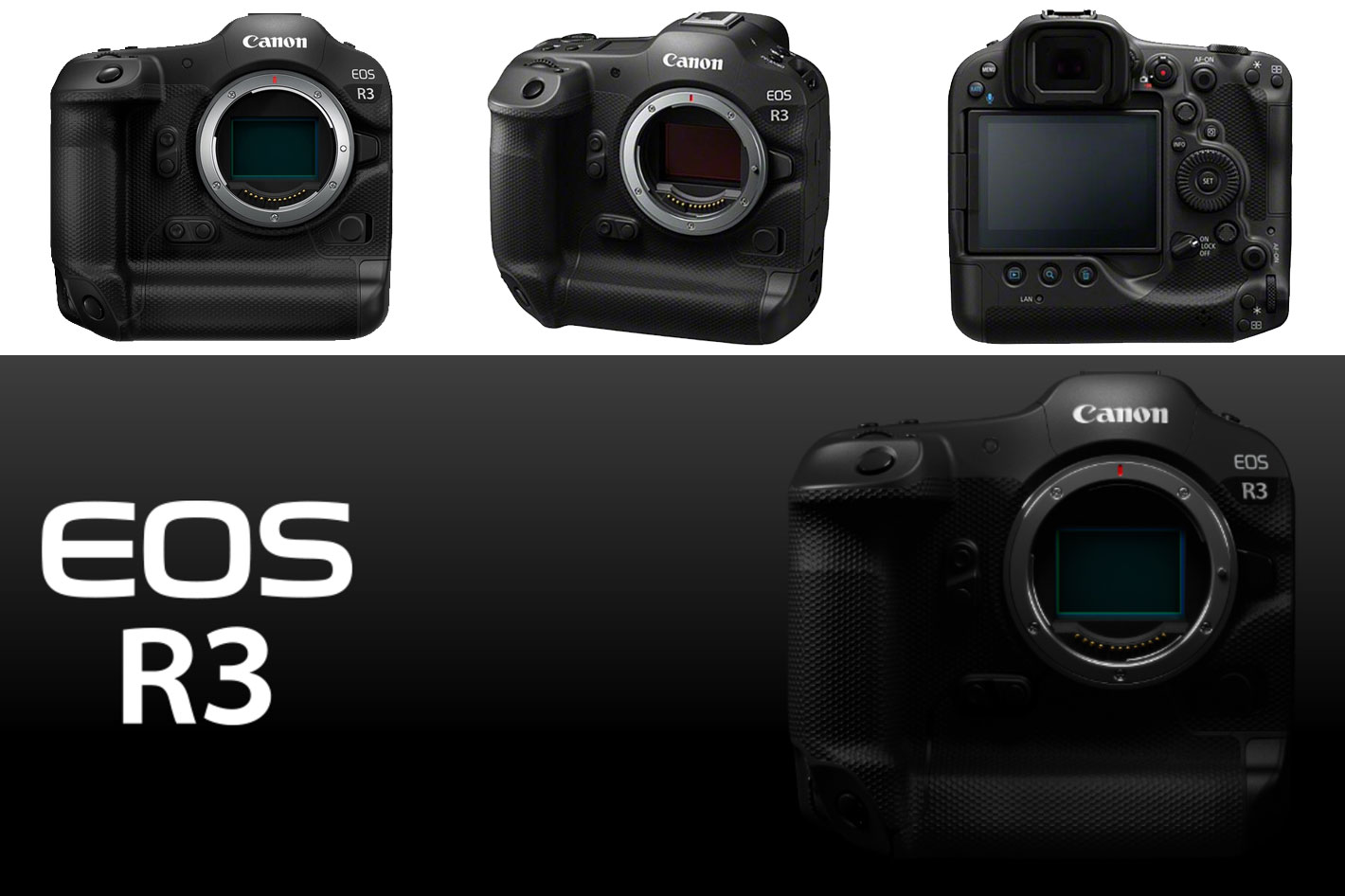 For those who browsed to the end of this note to find a conclusion, here is a short list of the EOS R3 key features announced by Canon:

As Canon has done before, the second announcement of development does not reveal everything about the new EOS R3 camera. Only some details are shared, leaving the rest to the imagination of potential users. We know it is going to be ultra-fast, and responsive, a professional mirrorless model designed for sports and news photographers and videographers.