According to hundreds of comments on popular rumour websites, Canon may well have created a nice camera with their new mirrorless: the EOS M5 that wants to be a… DSLR. 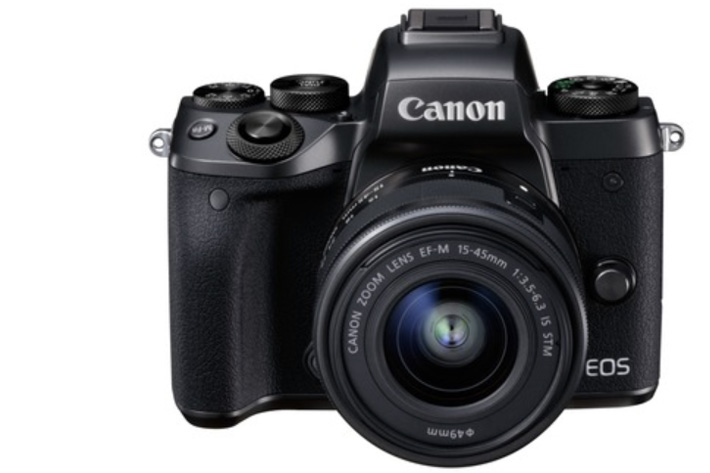 In camera 5-axis image stabilizer for video that works in tandem with the lens IS, a centralized electronic viewfinder and a touch screen that works in tandem with said viewfinder, are some of the surprises inside the new EOS M5, which represents a shift for the M series from Canon. If all works as promised, its mirrorless may become a best-seller.

Small body, big power, that’s how Canon presents its new flagship mirrorless camera, the EOS M5. Let there be no doubt. Canon says the new camera can be considered a replacement for a DSLR. It combines cutting edge technologies from Canon’s DSC and DSLR ranges and is the first EOS camera to include the DIGIC 7 processor. It also features a 24.2 Megapixel APS-C CMOS sensor similar to the one used in the recent EOS 80D.

But that’s not all, and before we continue to explore what Canon intends to achieve with this model let’s look at the specifications, which are always something people want to compare. Dual Pixel CMOS AF is present, as it is becoming the norm for Canon. Phase detection pixels seamlessly covers entire focal plane for accurate tracking, and the single AF area/point can be selected selected in 80% of the entire frame and up to 49 points in automatic selection. Able to capture images 7 fps with AF, 9 fps with fixed focus, the EOS M 5 has a standard ISO that goes up to 25600, and when it comes to a LCD, it offers a 3.2 type with approx. 1.62 million dots tilt/touch panel.

Canon opted for a tiltable LCD instead of a Vari-angle one because this LCD will work in tandem with the viewfinder. The 2.36 million dots OLED electronic viewfinder offers 120 fps refresh rate for superb clarity and minimal lag. When using the viewfinder, the LCD touch screen – your portal to every setting – can be turned into a touch pad, letting you use your thumb to change the AF point or zone, mimicking the Multi-controller ‘joystick’ function of a DSLR. It is going to be interesting to see how it works… and how much battery you need to keep all those screens running, too!

Designed as an addition to an existing kit set up for high-end DSLR photographers, but also as an alternative or replacement for mid-range DSLRs, or as a step up model for someone who uses a compact and wants a more powerful camera, the EOS M5 may be a mirroless, but it is slightly bigger than many mirrorless models you see around. This has to do with the presence of a hump in the middle, for the EVF and popup flash, and the external controls, robust dials that suggest camera models from the past. 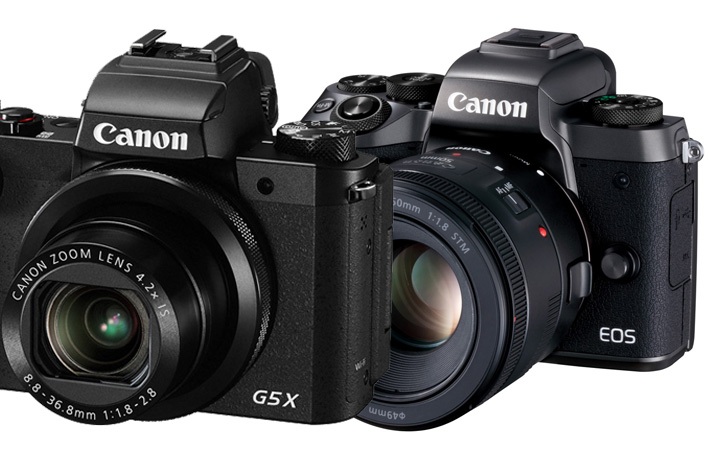 This EOS M5 is, in fact, different from its family. Looking back to a compact model from one year ago, the Canon PowerShot G5 X, one could say that Canon tested there a first sketch of the body the EOS M5 shows now. They’re different, but strangely familiar. The design also has to do with Canon’s intentions: to create a Canon eco-system where all products work together and complement each other. The EOS M is a sign of how Canon intends to expand that ecosystem.

The centralised EVF in the EOS M5 is a good example of the work done in terms of design. According to Canon “a centred EVF offers maximum comfort without compromising on handling” and fullfills another goal: to give DSLR users a camera they can pick up and make their own, mirroring setting on existing cameras in their kit. The centred EVF, combined with the customisable controls and Touch and Drag AF offers DSLR-like ergonomics in a small refined body.”

Building a mirrorless camera that offers specifications similar and beyond the EOS 80D is even more justified by the fact that the EOS M5 can use not only the dedicated mirrorless lenses but also access over 80 EF lenses through the Mount Adapter EF-EOS M. Having the EOS M5 as a second camera in the bag really means you can do almost everything with it, knowing that it will offer performance similar to a DSLR.

This is the first camera to use DIGIC 7, which according to Canon offers boosted image processing power for lower noise, more detail and richer tones. When combined with Dual Pixel CMOS AF, spontaneous moments can be frozen thanks to DSLR-level AF speeds and accuracy, while sophisticated recognition and subject tracking of DIGIC 7 helps the camera lock onto subjects for longer and more precisely in both movies and stills.

The 24.2 megapixel sensor includes gapless micro lenses to maximise the sensor area, increasing pixel light sensitivity while making the camera less susceptible to digital noise. The sensor – which includes similar technologies to the EOS 80D – also improves dynamic range and editing latitude for beautiful shades and contrasts. Whether it is manipulating light or simply shooting in unusual conditions, with the ability to select ISO up to a massive 25,600 with no expansion needed, the EOS M5 is the camera to be carrying for unique, well composed photographs.

When it comes to video, this is a Full HD 60p movies machine. What’s new here is the introduction of a five axis-stabilisation system in the camera, which keeps frames still even when using non-IS lenses, and that can be enhanced even further when using a lens equipped with Dynamic IS.  If all works according to what canon suggests, the EOS M5 may be a good option for videographers, although it does not have the specifications some would like to see.

No 4K, I am afraid. It really should not be a surprise, but some people continue to act as if it is. Canon has said again and again that they take into account the end-user for each model of camera created, and include what they think is important for that segment. 4K is not in demand by the target audience, it seems.

The fact that Canon has a Cinema EOS family it wants to protect explains, partially, why some features never are present, even in their top of the range DSLRs. On cameras like the EOS M5, which represents the consumer range, the reasons are different. Engineers at Canon have concentrated research and development on creating new technologies which enable consumers to capture stills and movies in the easiest and best way possible, but 4K is out of the equation, because “whilst the quality of 4K is incredible, there are specific requirements for getting the best results in 4K, therefore, as a technology, 4K currently leans towards professional users, as they are more likely to have the required expertise as well as workflows and supporting displays.”

Technologies as Dual Pixel CMOS AF – as found in the EOS M5 – and breakthrough lens technologies, such as Nano USM, both of which provide smooth, accurate focusing and tracking in movies and stills – are, apparently, what most consumers want. That’s what Canon has developed and introduced in its most recent products.

With a rugged body where several customisable external buttons, including a new thumb operated dial for easy exposure control, mark presence, the EOS M5 arrives to the market with a new lens, the EF-M 18-150mm f/3.5-6.3 IS STM, presented as the ideal all-occasion lens for EOS M cameras, with a versatile 8.3x optical zoom and 4-stop Image Stabilizer for sharp, handheld shots. At just 300g, the lens offers high-end performance in a small body, perfect for carrying with you as you capture everything in sight. 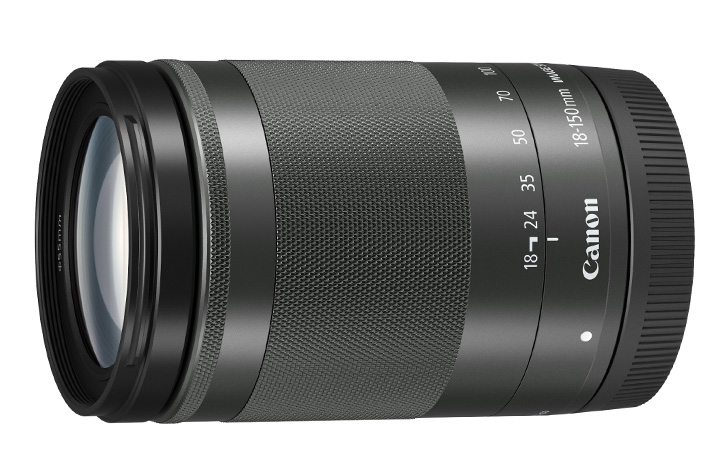 For those who can not live without being connected, the EOS M5 is good news. It has Wi-Fi and NFC and offers Bluetooth connectivity  – which creates a constant connection between your smartphone and camera. From there you can view and transfer images without taking the camera out of your bag, as it automatically shifts to Wi-Fi when needed. The feature can also be used to turn your smartphone into a simple, low power remote control for prolonged remote shooting or capturing scenes that require a fast shutter release, such as wildlife shoots.