Shane Hurlbut explains, in a long interview at CPN, why the Canon EOS C500 was chosen as the key camera for “Need for Speed”. 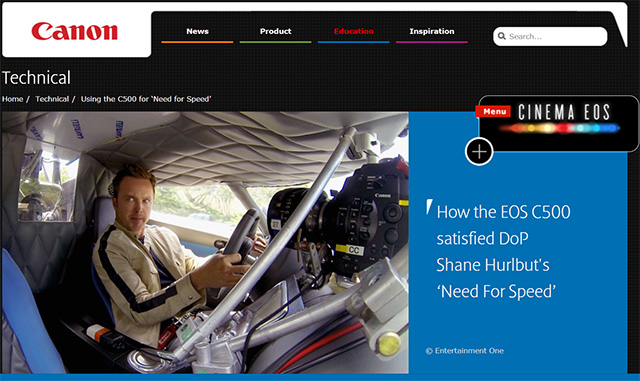 The Director of Photography Shane Hurlbut is well versed in the use of Canon systems by now. Considered a pioneer in digital cinematography, he started with the Canon 5D Mark II in “Act of Valor” and his comments after using it have, surely, helped Canon to sell the system.

In a long interview now published at Canon Professional Network, he tells CPN’s writer James Morris that “Director Scott Waugh and I had worked together on ‘Act of Valor’ and analyzing how we were going to shoot that movie, and how many crew members we could have on naval assets, led us to the Canon 5D Mark II. No other camera could deliver the quality and fit the space constraints for that shoot.” 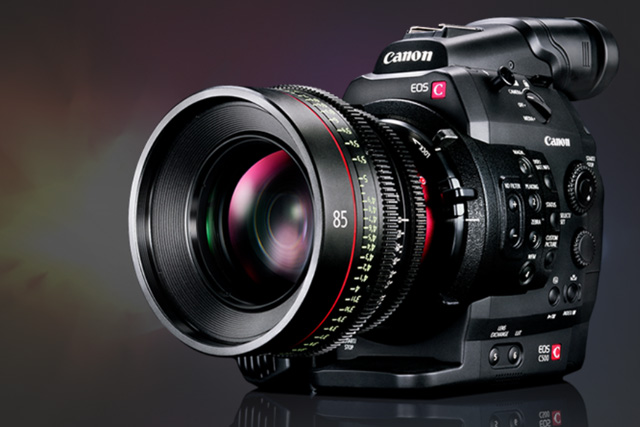 Their previous experience led the team to look at the Canon EOS C500 as an option for “Need for Speed”. They were after a key camera able to shoot at speeds up to 150 miles per hour. The C500 was chosen. Incorporating Canon’s Super 35mm 4K CMOS image sensor, the EOS C500 Digital Cinema Camera offers a number of contemporary high-resolution motion imaging choices. The camera delivers uncompressed 2K or HD 4:4:4 RGB video components at up to 60 progressive fps, which are externally recorded. By employing the YCbCr component-video set at a 10-bit depth, the C500 extends that picture-capture rate up to 120 fps. The C500 camera also features a 4K imaging mode that delivers cinema-centric 4096 x 2160 format, or the TV-centric 3840 x 2160 UHDTV format (sometimes called QuadHD), available to external recorders via an industry-standard SMPTE 3G-SDI serial interface for streamlined workflows.

While at the pre-production stage for “Need for Speed”, Shane Hurlbut and Scott Waugh decided to do a massive camera shootout. The test, as stated in CPN,  “cost $275,000 and spanned over five days. We did three days of general testing of ISO and other settings, to see how the cameras performed [when] under-exposed and over-exposed, with day interiors and exteriors, with night interiors and exteriors, and so on. For the last two days, we took the cameras up to 150mph to see what that would do to the image.”

Although the Canon C500 was the key camera for the movie, other cameras where used in “Need for Speed”, a sign of the possibilities open, nowadays, to videographers. In total, “Need For Speed” used 15 EOS C500s, alongside 11 Canon EOS-1D Cs, four Arri Alexas and 20 GoPros. Of the 15 C500 cameras 12 of them had PL lens mounts, with three Canon EF mount bodies to take advantage of Canon long zoom lenses when used in aerial shots.

You can read the whole interview and find more information about the shooting conditions for “Need for Speed” at Canon CPN, where the article Using the C500 for Need for Speed is published.

Fujifilm just dropped onto the broadcast market two new portable lenses as part of the UA Series of 4K...