Paving the way to enter the 4K projector market in 2016, Canon is developing a new projector capable of displaying video and still images at a resolution of 4096 x 2400 pixels. 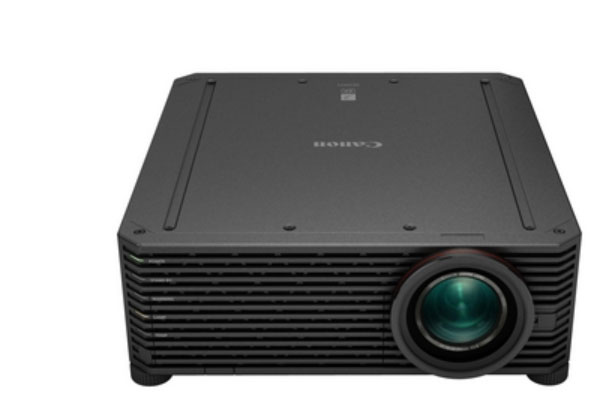 Equipped with a high-definition 4096 x 2400 pixel LCOS (Liquid Crystal On Silicon) panel, the new projector within the REALiS series (named Power Projector and XEED in other regions) offers a level of resolution that surpasses the 4096 x 2160 pixel-resolution of 4K digital cinema.

The new projector, which represents a jump for Canon’s REALiS series, now offering resolutions of 1920 x 1200 on the top models, signals Canon’s intention to leverage its proprietary optical technologies to enter the 4K projector market in 2016. The new model is presented as the “world’s smallest and lightest 4K installation projector”.

Although originally connected to the movie industry, 4K-resolution content has been gaining traction in the broadcasting industry. Ongoing advances in image quality and definition, made possible by the introduction of a growing number of 4K production tools, create a market for projectors able to display high resolution images, and Canon aims to establish itself as the leading company in the 5000-10000 lumen 4K installation market.

In addition to growing demand for high-resolution, high-quality imaging performance, there is an increased need for projectors that enable projection from close-range installation locations and offer compatibility with a variety of installation environments to facilitate use in such settings as museums with limited available space, driving and flight simulators, and on the design scene. The development of this model is Canon’s response to these needs. The new model offers both high brightness and high resolution in a compact and lightweight body to accommodate a range of installation environments.

While increases in brightness performance for projectors commonly require larger lamps and cooling systems, resulting in increases in projector body size, Canon manages to offer a small footprint projector through the use of proprietary technology. The 4K500ST is brighter than other projectors in its class, featuring 5,000 lumens for constant brightness across the entire zoom range, ideal for public display applications with high levels of ambient light.

Thanks to a newly developed 4K wide zoom lens, the 4K500ST is capable of projecting large images from a short distance, as well as a peripheral focusing function that enables the projection of images onto curved screens. The projector is the only one of its kind to feature a lens that has a constant aperture across the entire zoom range and maintains an aperture of f/2.6, regardless of zoom position. As a result, the brightness at the telephoto end of the zoom range will be almost the same as at the wide end, making it easy to install and reposition without rebalancing ambient light.

Weighing in at just 17.6Kg, including the lens, the 4K500ST is the world’s lightest 4K projector. Its compact size can fit unobtrusively into a variety of installed environments, meaning 4K projection can become a reality outside of the cinema environment.

With a low latency time of 16.6ms, the lowest for any 4K projector on the market, the 4K500ST offers the quickest response time for a 4K projector, making it ideal for simulation environments. It also incorporates a new ultra-modular design with the lamp and filter being easily accessible, even whilst the projector is installed, making it quick and easy to service. 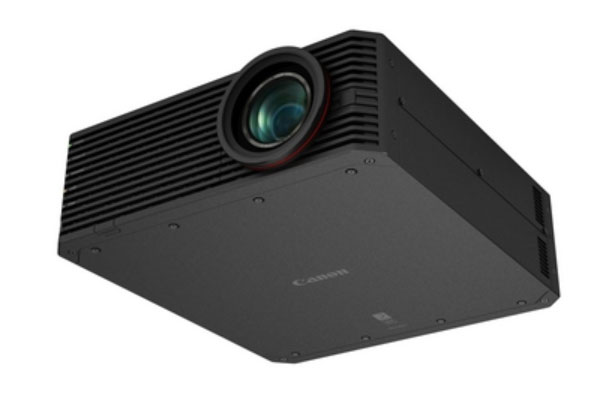 On top of offering superior output and a compact design, the 4K500ST maintains Canon’s reputation for efficient power consumption. In “Eco mode” the lamp uses just 470W and lasts up to 4,000 hours before a replacement is required. Supported by Canon’s three year lamp warranty, up to three free replacement lamps may be claimed if a lamp fails, effectively eliminating the cost of replacement lamps. This substantially lowers the running cost of the 4K500ST, making it an attractive choice for a wide range of installations.