Canon’s presence at NAB 2019 is video-centric, but the company recently announced it is leading the market in photo camera sales, and has been for the last 16 years. 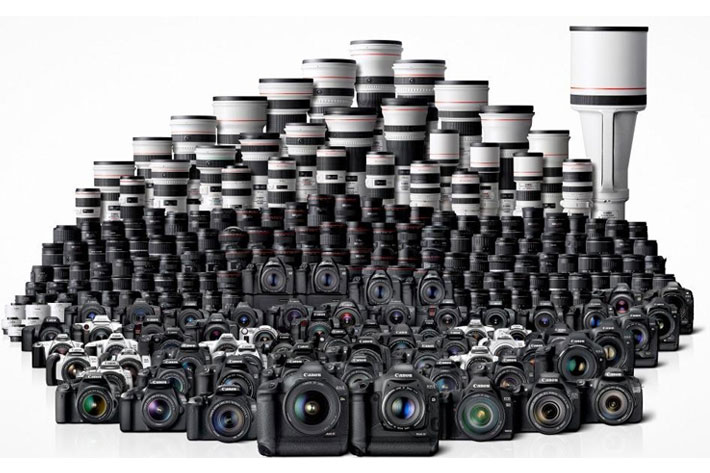 Just before NAB 2019 starts, Canon announced to the world that the company is celebrating its 16th consecutive year as the number one market shareholder in the global interchangeable-lens digital camera category. Yes, the numbers do include both DSLR and mirrorless cameras, meaning, if the they are correct, that the company, despite all the critics and nay-sayers, continues to be popular among consumers.

We’ve all seen these “we are the champions” claims coming from different brands, sometimes just based on the sales from last month… Canon takes things to a different level, stating that it has held the title it claims for the past 16 consecutive years from 2003 to 2018…  based on a Canon survey.

Sales numbers are always difficult to verify, so these claims are, many times, impossible to confirm. You either believe it or not. Two things are true: if you ask people on the street for a popular camera brand, most of them will either say Canon or Nikon… the second truth here is that the EOS M50, one of Canon’s mirrorless cameras, was the most sold mirrorless model in Japan in 2018, probably helping Canon to be where it is now. 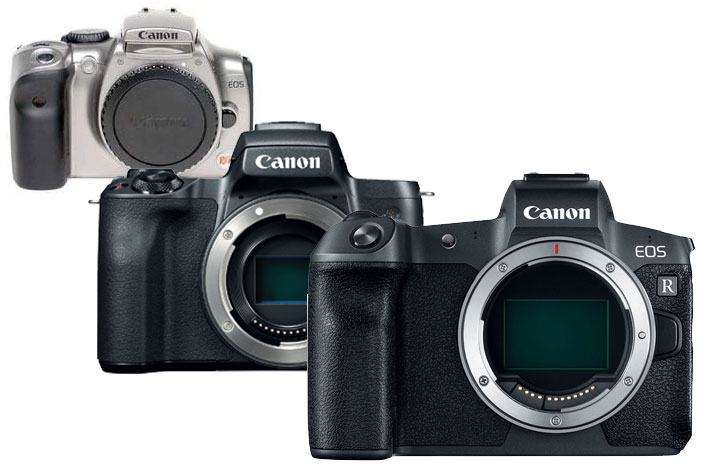 According to Canon, the leading position was gained in 2003, and it is not difficult to see why. In that year the company introduced the EOS Digital Rebel (or EOS 300D in some markets) a groundbreaking and competitively priced camera featuring a compact, lightweight design, that was able to capture the top share of the global market by setting the stage for growth in the digital SLR market.

After that model, which helped to make DSLRs popular at the dawn of digital SLR cameras, Canon continued to launch a range of innovative products, including the professional model EOS-1D series and the EOS 5D series, both recognized for paving the way for digital SLR video recording.

Slow to enter the mirrorless market,  a decision many say was an error, Canon launched in March 2018 a new mirrorless model, the EOS M50, which has established itself as a top seller in Japan. Keeping with its DSLR tradition, the company also launched the EOS Rebel T7 DSLR camera. Finally last September, Canon introduced the EOS R mirrorless camera with a full-frame sensor, the starting point for the new EOS R System, a whole new system with lenses that also keeps compatibility with the vast line up of EF lenses designed for DSLRs. 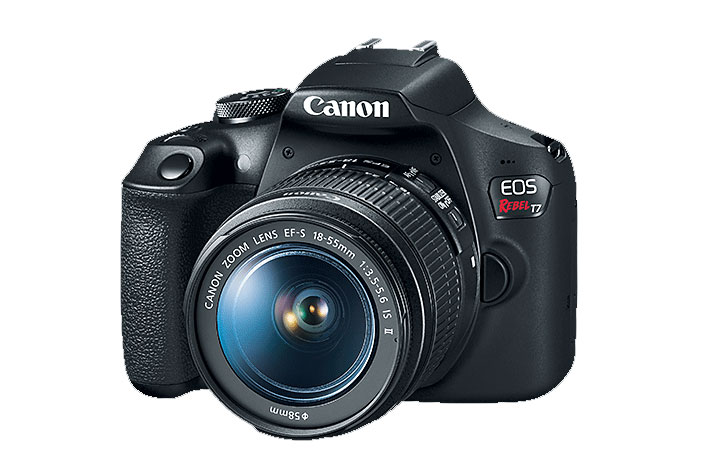 Aiming for another year at the top

Canon plans to continue being a leading force in the global interchangeable-lens digital camera market in 2019 by refining its diverse imaging technologies based on its core optical technology, says the company’s marketing department. Il aims “to expand and create an even stronger EOS System that opens up new avenues of image capture to meet the needs of increasingly diverse users and to promote the spread of photo and video culture.”

Looking forward, Canon already began this process with the introduction of the EOS RP in February 2019, a mirrorless camera with a compact, lightweight body design as well as high-image quality afforded by its full-frame sensor. Additionally, six new RF lenses are currently under development and are expected to be available later in 2019 as part of its plan to expand the EOS R System. Canon will look to further advance the line for years to come.

So, if you’re visiting Canon’s booth at NAB 2019, where a series of new camcorders and lenses are on display, don’t be surprised if the background music at the booth is “we’re the champions”. The company wants to keep being the number one global market shareholder position in the interchangeable-lens digital camera, which they already are according to their own survey. Now, with the new EOS R System they may be closer to meet the goal, whatever it may be. Still, it is good to know that from Sony to Nikon, Canon, Panasonic or Fujifilm,  all companies are trying to build better cameras.