The film industry has weathered many challenges and crises, and each time it has come through with renewed strength and success

With film production in Hollywood and around the world completely shut down due to the Coronavirus pandemic, and millions of dollars in boxoffice revenue lost as movie theaters have been globally shuttered for weeks, it’s fair to say that COVID-19 is an adversary the likes of which the motion picture business has never seen before.

But before you start playing a funeral dirge for movies, glean a large dose of optimism from the fact that time and time again throughout its history, the film industry has weathered challenges and crises, and each time it has come through turbulence with renewed strength and success. 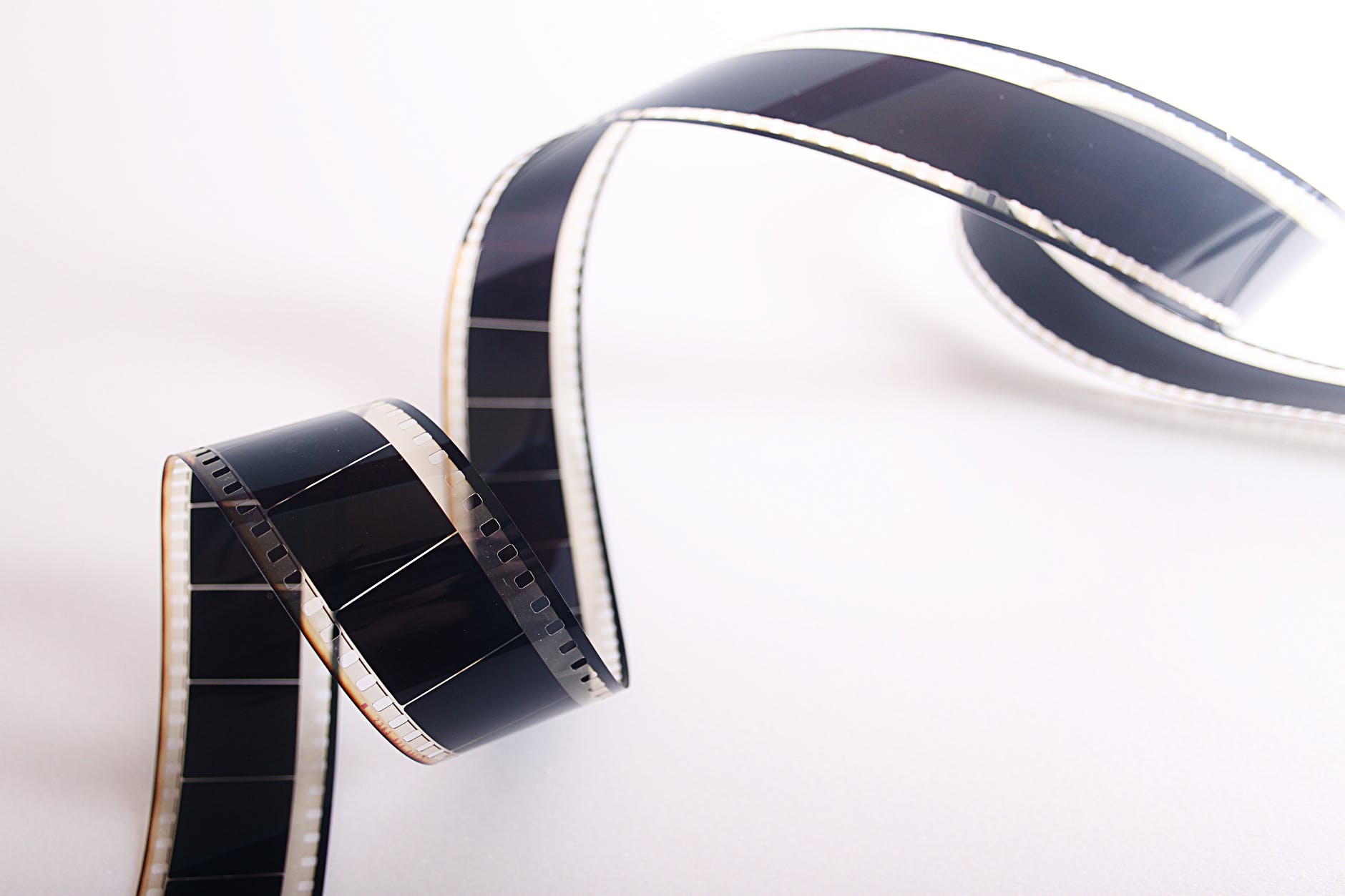 In the early twentieth century, roughly a hundred years ago, motion pictures were enjoying their first big wave of phenomenal popularity. This was the era of black & white silent film, and movies told their stories in purely visual terms, accompanied by a live pianist, or, in some cases, a full orchestra, at the local movie theater. Silent films were celebrated as the supreme entertainment of the times, and, artistically, the best of them had reached a level of cinematic style and technique that inspire filmmakers to this day.

Then, in 1927, the shoe dropped. Warner Bros. Pictures had acquired the rights to the new technology of incorporating sound into films, and the studio released the first “talking picture” in film history, “The Jazz Singer.” Overnight, there was a sea-change in the industry. For good, …but also for bad.

With the excitement and innovation that came with sound films, there also came production shut-downs en masse. “The Jazz Singer” was a smash, and with its success the production of silent films came to a crashing halt industry-wide. Jobs were lost, and studios took it in the chins financially on abandoned and reworked films.

The careers of several actors who appeared in silent films were virtually ended by the influx of sound. If the performer’s voice was not “microphone friendly,” he or she suddenly found themselves permanently unemployed. This happened most famously to silent star and matinee idol John Gilbert.

Over the next couple of years the industry smoothed out the rough edges caused by sound, the naysayers who felt “talkies” were a short-lived flash in the pan fell by the wayside, and motion pictures embellished by sound, and soon technicolor, would pave the way for decades of future success.

But no sooner did movies find their footing again, they were hit with another calamity, the stock market crash of 1929 that financially wiped-out people, businesses, and entire industries, and began the worst economic tailspin in U.S. history, the “Great Depression.”

The depression had ramifications the world over, but, of course, it hit the United States the hardest. In the film business, the Hollywood industry took the greatest hit. At first, however, due to the popularity of sound films, and the public’s need for diversion in troubled times, Hollywood seemed to be dodging the bullet.

In the early 1930’s, the bubble burst. The film studios had borrowed to the hilt to purchase movie theaters and convert them to sound, and their debts finally caught up with them. With U.S. unemployment at an all-time high, movie attendance dropped by 40% in 1933 and would not recover until the late ‘30’s. Profits evaporated.

With perserverence and ingenuity, Hollywood hung tough. Escapist musicals, screwball comedies, and gangster sagas that reflected the public anger and frustration kept enough people going to the movies for Hollywood to survive. As the worst of the depression started to wane, and box office revenues began to rise again, the American film industry produced some of the greatest films ever made, and saw the 1939 classic “Gone With The Wind” become the highest-grossing motion picture of all time to that date!

War is always good for the economy, and in 1941, when the United States became embroiled in World War II, the depression may have been over, but a new set of challenges faced the movies, both in America and around the world. The test for the American picture industry wasn’t so much for its survival, for Hollywood did boffo box office during the war years, but for the survival of the free world. When the U.S. entered the war, Hollywood went to war. Motion pictures were a major, and calculated, part of the war effort.

The United States government was working in tandem with the Hollywood industry. “Will this picture help win the war?” was the stock question President Roosevelt asked Hollywood to ask itself. Both factions knew that movies were tantamount for boosting the morale of the military overseas and Americans on the home front.

After shaking off an initial resistance to government directives shaping the films produced during the war, Hollywood became an essential part of the American war machine. From bond drives at movie theaters, to onscreen newsreels, cartoons mocking the axis enemies, and gritty, patriotic, and heartfelt features telling the story of America at war, the motion picture was a valuable weapon.

In the U.K. and Europe in WW II, the film industries had to fight the threat of air raids, Nazi occupation, and much of their world crumbling before their eyes. From the post-war rubble there emerged a new wave of great British and foreign cinema, including the storied Italian neo-realism of the late 1940’s. Again, the movies came through trial, and triumphed.

In June, 1947, NBC launched the first regularly operating T.V. network. CBS and ABC followed in 1948. As the box with the little “movie screen” started appearing in more and more homes in America and abroad in the late ‘40’s and early ‘50’s, the movies had another war to fight. The war against television.

Television was an immediate and tangible threat to the financial success of the motion picture industry. First, in that era, T.V. was totally free. Secondly, it is a broadcast medium, like radio before it. All one had to do was buy a television set, plug it in, and presto! Hours of priceless programming conveniently transmitted to the comfort of home.

Accordingly, movie attendance began to drop, steadily declining each year. This was the case in every country where T.V. had taken a foothold. In America, box office figures bottomed out with a nearly 50% drop from the peak years of the mid-forties. Always game for a challenge, and brim with ingenuity when it was needed most, Hollywood fought back. It introduced new techniques, innovations, and even novelties into motion pictures to get people off the couch and into movie theaters.

Widescreen Cinemascope, super screen Cinerama, stereophonic sound, and 3-D all exploded onto the scene during the 1950’s. Movies were bigger and more spectacular than ever before. They became an event, not just entertainment. And it worked. People got excited about going to the movies again! Motion pictures and television could co-exist on a new, more diverse, entertainment landscape.

Not long after turning into the 1960’s, the industry, and society-at-large, were hit with the “counterculture revolution,” the major explosion in the fabric of the times that influenced music, art, politics, and social and sexual mores. Where foreign films, to a large degree, were in step with the changing times, Hollywood was on the back end of this curve. In the mid-sixties, the studios were being run by aging executives with impressive resumes but no clue to the pulse of the burgeoning zeitgeist.

Several expensive potboilers flopped at the box office. The studio hierarchies didn’t know who their audience was. Crisis. The day was saved by a new breed of young producers and directors who came to prominence in the late ‘60’s and ‘70’s. Beatty, Fonda, Hopper, Scorsese, Coppola, to name a few. Known as the “New Hollywood,” they saved a dying industry and shepherded a decade as creatively rich and financially successful as any in movie history.

Since the millennium, the motion picture has arguably seen more change than any time since movies were invented. Technology, mass communication, and digital innovation have created sweeping new ways of producing, distributing, and exhibiting films.

But with change comes challenge. Movies are more accessible than ever before, both in the making, and in the viewing. Few are shot on film anymore, most on digital video. They can be seen on any number of media platforms and devices, prompting some to speculate on the demise of the movie theater, and overexposure in general. Don’t bet on it. Movie going today can rival, and even outdo, the “event” films of the 1950’s. Just ask any Imax fan. And 24/7 access to movies seems just fine with film lovers the world over.

So if anyone tells you the film industry will never bounce back from COVID-19, tell them to think again. The proof will be on movie screens, large and small, before you know it!