The easiest way to enhance your DSLR or mirrorless camera with a bigger monitor and all the capabilities of your mobile device is through Camlet Mount, a project now on Kickstarter. 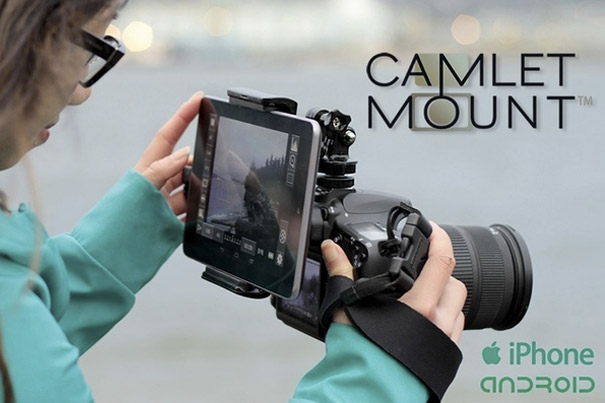 Launched at the end of April and running until the end of May, the Camlet Mount campaign is for a project that may interest all those videographers using a DSLR but aspiring to have a bigger and affordable monitor to control images: Camlet Mount lets you use your tablet or smartphone.

The people behind Camlet Mount created the prototype after realising that “we were all carrying around these amazing, high-res mobile connected devices with larger touchscreens, and using the inferior cameras on them, while also having high-quality DSLR cameras with tiny displays… especially when we were always carrying both. When the necessary software started to emerge it was clear to us we had to design the perfect hardware to combine the two in the unique and feature-rich way that was needed… and then.. we patented it!”

Conceived for DSLRs but also for mirrorless cameras, GoPro and any other device able to capture photos or video, the Camlet Mount is, as the name suggests, a mount that allows to connect your camera to your tablet or smartphone. The authors say that it is “the easiest way to enhance your DSLR or mirrorless camera with all the capabilities of your mobile device.”

The way it works is simple: with your phone or tablet Camlet Mounted on your camera, you can effectively create a touchscreen, internet-enabled live-view for your DSLR. No expensive extra monitor required for live-view or video monitoring! Instead, you can use your mobile device to review images more clearly, change settings quicker and easier.

To create the magic users just have to use the Camlet Mount together with many of the third-party apps available to control, edit and share your photos or videos. On the company’s website you’ll find a list of apps for Android and iOS available that allow this to happen. Some are free. 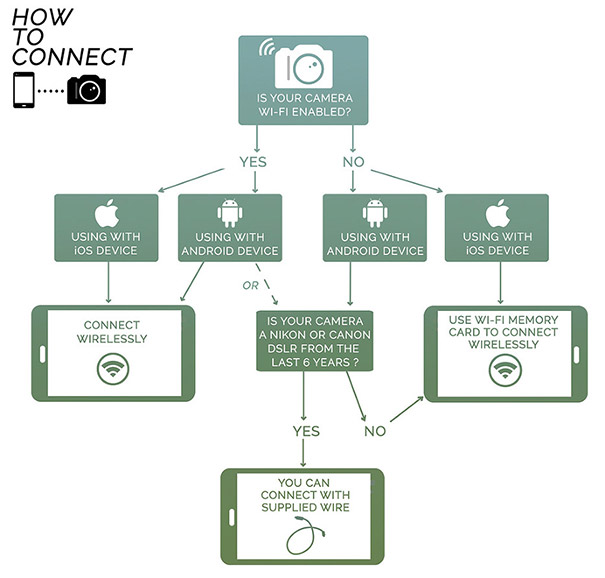 Android devices are more or less good to go with most Canon and Nikon DSLR cameras from the past 6 years, due to the ability to make a wired connection between the two devices. Wireless connections will be an option for anyone with Wi-Fi capable DSLR cameras. iPhone and iPad users will have to use Wi-Fi, as Apple iOS does not allow for wired connections. People interested should also search for “DSLR controller apps” or others in the Google Play Store, as there are always new apps showing up, offering new and different functionalities. 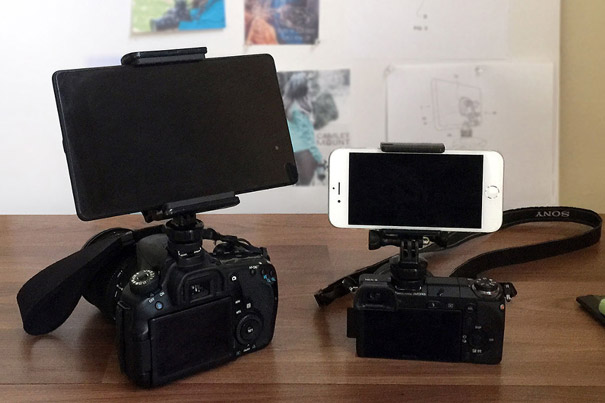 With 17 days to go, the Camlet Mount Kickstarter campaign has managed to get $23,743 from a $45,000 goal. A total of 354 backers have supported the project, confirming that they, also, want a large, portable screen solution for their DSLR cameras without having to pay for expensive and bulky monitors which can be prohibitive. The solution was already in their pockets…