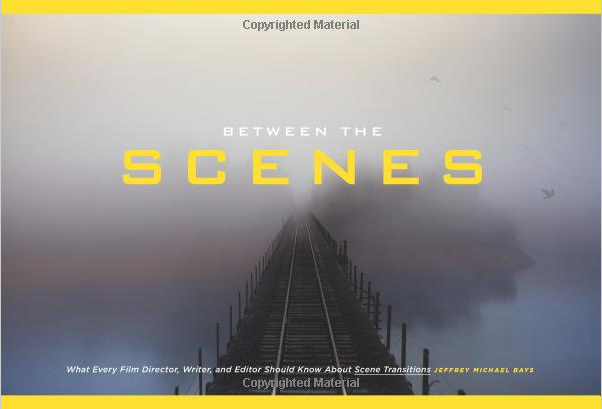 The transitions that take you from one scene to another in a movie or TV show aren’t the sort of things audiences typically consider. Unless the transition piece is something designed as a glorified gag (think Austin Powers) or done with a genuine purpose (think 24), audiences don't tend to notice these specifics. Any review that dealt with transitions when they weren't a point of focus would seem to be self-indulgent on the part of the reviewer.

That said, I’ve read plenty of reviews where words like “choppy”, “uneven” and “disjointed” are used without being able to identify a specific cause. I’ve also watched plenty of movies and TV shows that either couldn’t get off the ground or felt like they were all over the place. All of these things are impacted by transitions, so whether you realize it or not, they have a big influence on your experience.

That filmmakers can and should consider such things is a concept not every novice or experienced writer, director or editor realizes. Successful filmmakers use transitions in ways that greatly impact an audience, consciously and subconsciously. Helping people think about how they can control and use these transitions is the focus of Jeffrey Michael Bays’ book, Between the Scenes.

Bays is interested in showcasing how scene transitions can pull the audience into the story and help the plot and characters develop. Figuring out how all of that is going to work can be a daunting task though. Transitions are elements that can and should be dealt with in pre-production, production and post-production, but doing so has to be a conscious decision in each stage. After all, a writer can write what could be an amazing transition, but if the director never shoots it then it doesn’t really matter. An editor can have a great idea for how one scene can transition to another, but if the footage doesn't exist, there’s not much they can do. And even filmmakers who are deeply involved in this entire process lose track of how they can use transitions to have a maximum impact.

Bays lays out different concepts for writers, directors and editors to be thinking about at the beginning of each chapter. Things like connecting with the audience, creating an ebb and flow that keeps people invested, helping the story along and both building and relieving tension are all discussed in great depth and detailed with various examples. Proper juxtaposition is also something he takes the time to break down, and it’s pretty clear how this can work for a filmmaker. Have you ever realized how variations in camera proximity can provide relief while also luring the viewer into a totally new space?

The basics are covered here as well though, as he goes through the six major transitions that a filmmaker can use. He keeps coming back to the concept that scene transitions can either propel tension or release it, and a filmmaker who has control over this is going to be able to pull an audience into the story, rather than jostle them out of it.

There’s also some great practical advice throughout and that’s illustrated in the example Bays gives around how much can be added to a scene with nothing more than the actor and some music. He talks through things that can create an emotion in the audience, and how that can give filmmakers an incredibly powerful transition. Making intelligent decisions around how they propel tension is something all filmmakers need to consider, and transitions are a big part of that.

Specific instances from famous movies or TV shows are often the most powerful examples an author can use to demonstrate their point in this type of book, and Bays uses a number of them. The case study from Gladiator that he includes is a brilliant breakdown of what Bays has spent the entire book talking through and illustrates the potential impact of transitions. Also, the glossary of transition styles he includes at the very end is a superb reference.

However, he’d be doing us a big favor if he gave us specific details around the films where he’s seen this not working, and the vague hints he does drop only frustrate us more as we try to figure out what film he's talking about. Also, Garden State undoubtedly has some amazing transitions, but Bays would have been better off if he hadn't seemingly focused on this one film and instead included a greater variety. One can only take so much Zach Braff.

Bays also includes a section at the end of the book that details the differences between television and feature films, but it feels like an odd detour. Things like connecting with the audience, creating an ebb and flow, etc. go beyond any single medium. Those are the details he’s spent the whole book talking through, so figuring out the specifics around where they can be utilized is something we can do on our own.

Those are minor quibbles though, and the real impact of the book is felt after you’ve finished reading it. Bays casually mentions that you’ll start seeing movies in a new way after learning about the art of scene transitions, but it’s a point that won’t be lost on you, whether you like it or not. You’ll catch yourself thinking through how transitions work when you’re casually watching something. Never before have I caught as many fade outs or quick cuts from one scene to another, and then considered whether or not that was the best choice for the transition.

Whether you’re a writer, director, editor or anyone else involved in the production process, you’ll be thinking about transitions in a different way after reading Between the Scenes. Regardless of what sort of priority you’ll put into transitions, taking them into consideration will help you in ways you can’t begin to imagine…and that’s something most great directors realize.