Company 3 is proud to announce the addition of award winning colorist Bob Festa.   Bob is one of the most accomplished colorists in post production. His credits include virtually all of the world’s best known brands and some of the most iconic commercial advertising ever created. Along the way, Bob has worked with the industry’s finest directors and top creative talented.  Festa received Da Vinci’s Master Colorist Award in 2004 as the Commercial Colorist of the Year and is a four time ITS Monitor Award finalist. 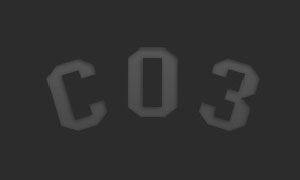 With the addition of Bob, Company 3 now has arguably the best colorists in the world. Our artists have won numerous HPA, AICE, and MVPA awards as well as contributed to many industry honored spots and feature films.  “We are thrilled to have someone of Bob's talent join Company 3,” said Stefan Sonnenfeld President and Managing Director of Company 3.   Bob's recent work on the multi million dollar Boeing campaign highlights his talent and desire to create natural looks using new camera formats for these documentary style spots.  Some additional recent work from Bob includes the current McDonalds, Lexus, Disney, and Hyundai campaigns.