The Micro is becoming the action POV cam du jour

It’s a small camera. It has interchangeable lenses. It can record 12-bit raw or 10-bit ProRes files. The Blackmagic Micro Cinema Camera is becoming the POV / Crash Camera of choice lately. Why do I think it is becoming so successful as a POV / Crash Camera? Control. It all comes down to being able to control your camera to capture the best footage possible while still being small enough to put anywhere. Oh, and the 13 stops of dynamic range helps too. 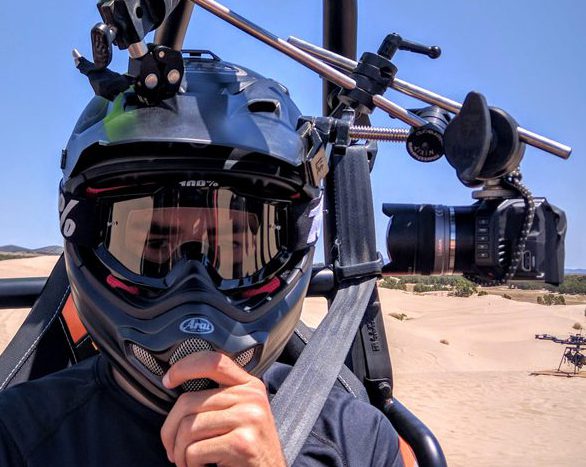 In the midst of the dirt and grime Casey said, “We were able to get mounted shots of the dune buggies, the vehicles’ suspensions, hands shifting gears, as well as ‘Rush’ style eye close-ups through Chase’s helmet, mounted dirt bike shots, huge jumps off the dunes and essentially most of the ‘dangerous’ angles.” All while using MFT lenses to get the shots they wanted. Wilson and his team mounted the Micro Cinema Cameras using different rigging and mounts. They put the camera on drivers’ helmets, dune buggies, dirt bikes, and just about anywhere else to add the kind of kinetic energy only point of view cameras can add to racing footage.

“We really loved the visual quality of the Micro Cinema Cameras, and they were chosen over other options because of their size, the ability to shoot in RAW and the quality interchangeable lenses we were able to use with the camera’s MFT mount,” explained Wilson. “In testing, the RAW up-scaled to 4K extremely well to seamlessly match the rest of the footage, plus the Micro Cinema Camera’s dynamic range is amazing; the image quality is second to none in its class.” 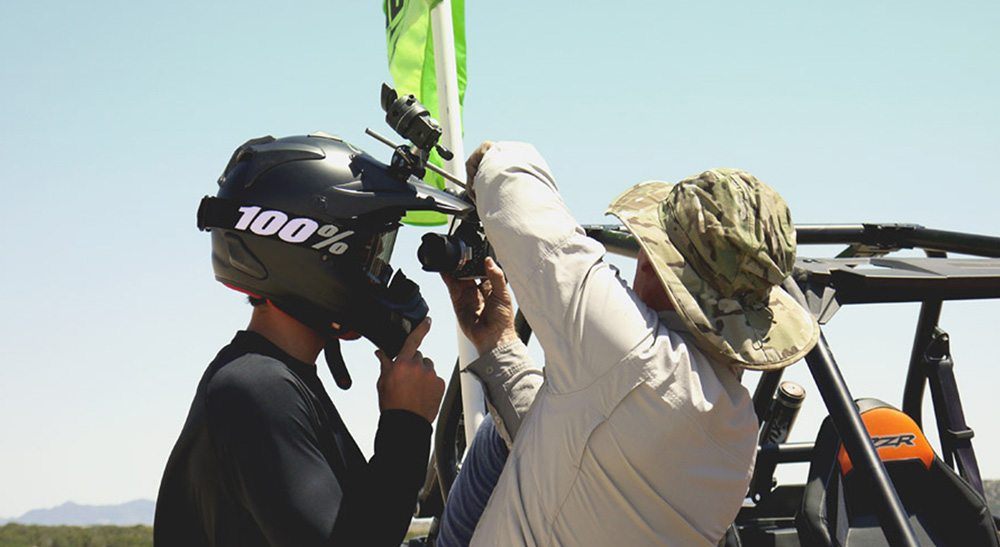 Like many productions, the team behind the “Off-road Capture The Flag” spot knew they were going to need to finesse the footage in post. Off-road racing footage does not have the luxury of being exacting. You cannot control the light in every shot when it comes to shooting dune buggies jumping off of sand dunes. According to Wilson, “The Micro Cinema Camera’s 13 stops of dynamic range was a huge factor in choosing the camera for this reason,” he concluded. “The camera gave production plenty of latitude to work with in post. And the fact that the camera shoots RAW as opposed to some variant of H.264, meant going into post, they had the advantage of already working with high-quality images.” Got to love a little camera which can shoot 13 stops of dynamic range. 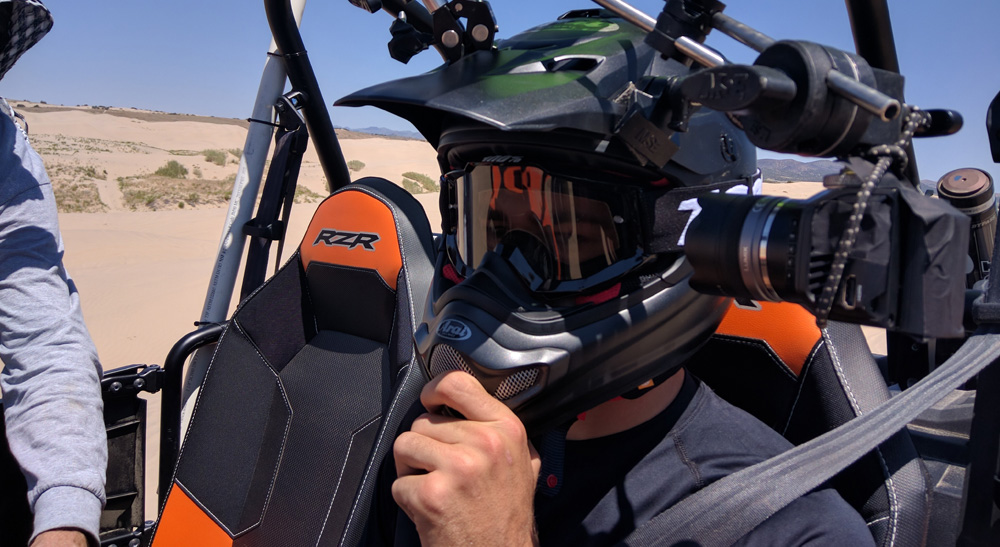 About the Micro Cinema Camera

The Blackmagic Micro Cinema Camera is a Super 16mm digital cinema camera. The camera was designed for remote operation and to capture footage from just about anywhere. The sensor shoots 1080p video up to 60 fps with 13 stops of dynamic range when recording raw. The camera comes with an active MFT mount capable of accepting native MFT lens or it can be adapted to a wide range of other modern and vintage lenses using optional third-party adapters. The camera records to SDHC/SDXC memory cards using the 12-bit CinemaDNG RAW format or 10-bit Apple ProRes family of codecs.