Without a doubt, the Blackmagic Studio Camera is a niche camera with a dominating monitor and Super 16mm sized sensor. This camera is designed for the world of multicam operations, and in Blackmagic’s special way, they take the usually expensive arena of broadcast and make it a whole lot less expensive and available to the masses.

When I dream about cameras and equipment, the Blackmagic Studio Camera is not one that comes to mind.  To be honest, as a cameraman, I find it to be kind of an ugly camera: all screen and a little low on the drool inducing feature set. However, when a camera works really well for what it is designed to do, I take notice. 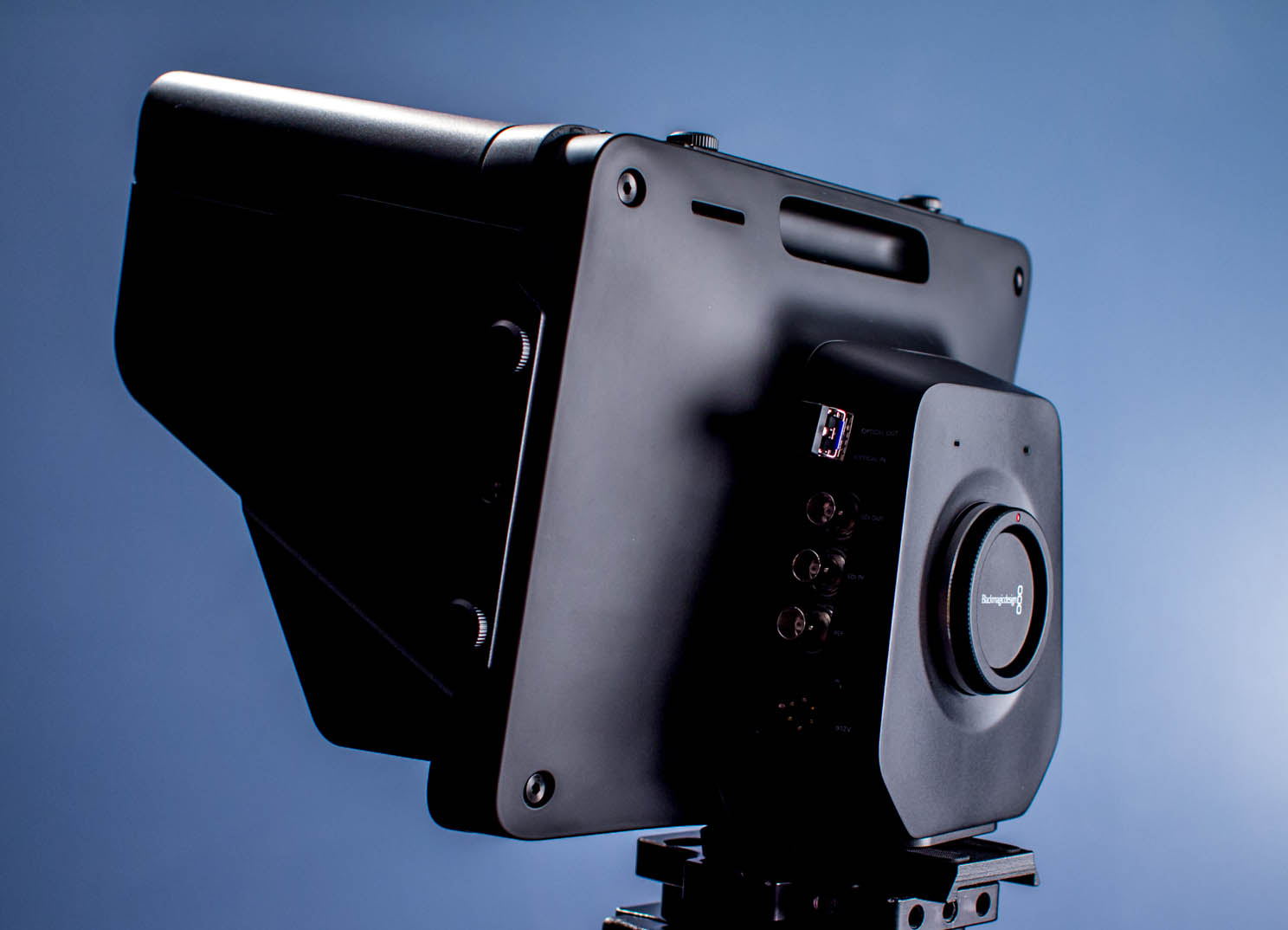 I work at a news station, and like a lot of news stations around the world, there is a less than ideal old broadcast camera repurposed as a newsroom live shot camera.  The engineers have matrixed the hell out of the old camera to get it to match the cameras in the studio as best as possible and it still looks like [email protected]#.  Well, I replaced our old newsroom camera with the Blackmagic Studio Camera. Without a doubt the on-air quality of our newsroom live shot went up. Directors, Feed Room Operators, and Anchors noticed and the Blackmagic Studio Camera became a very popular camera.  Everyone loves a camera update, right. 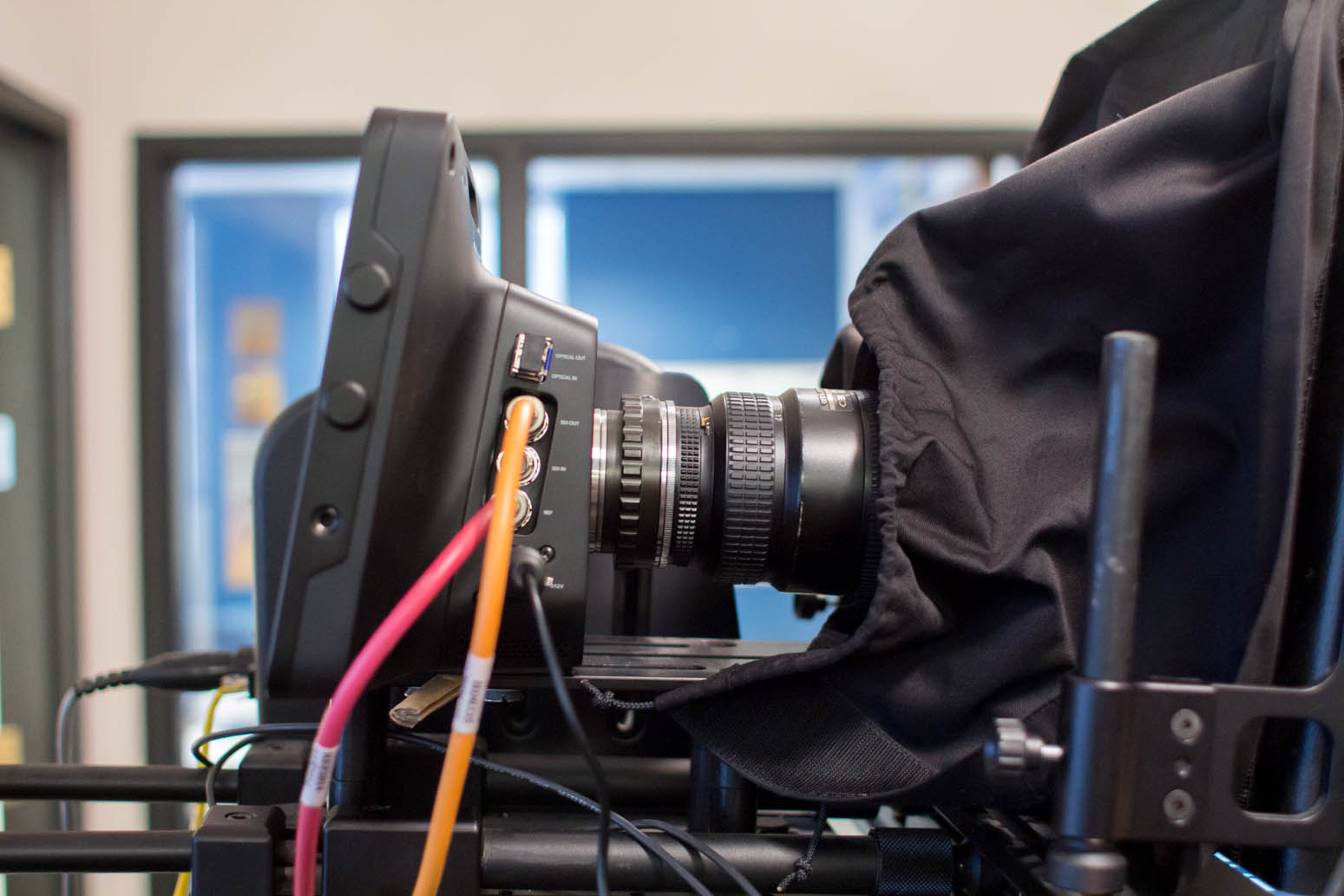 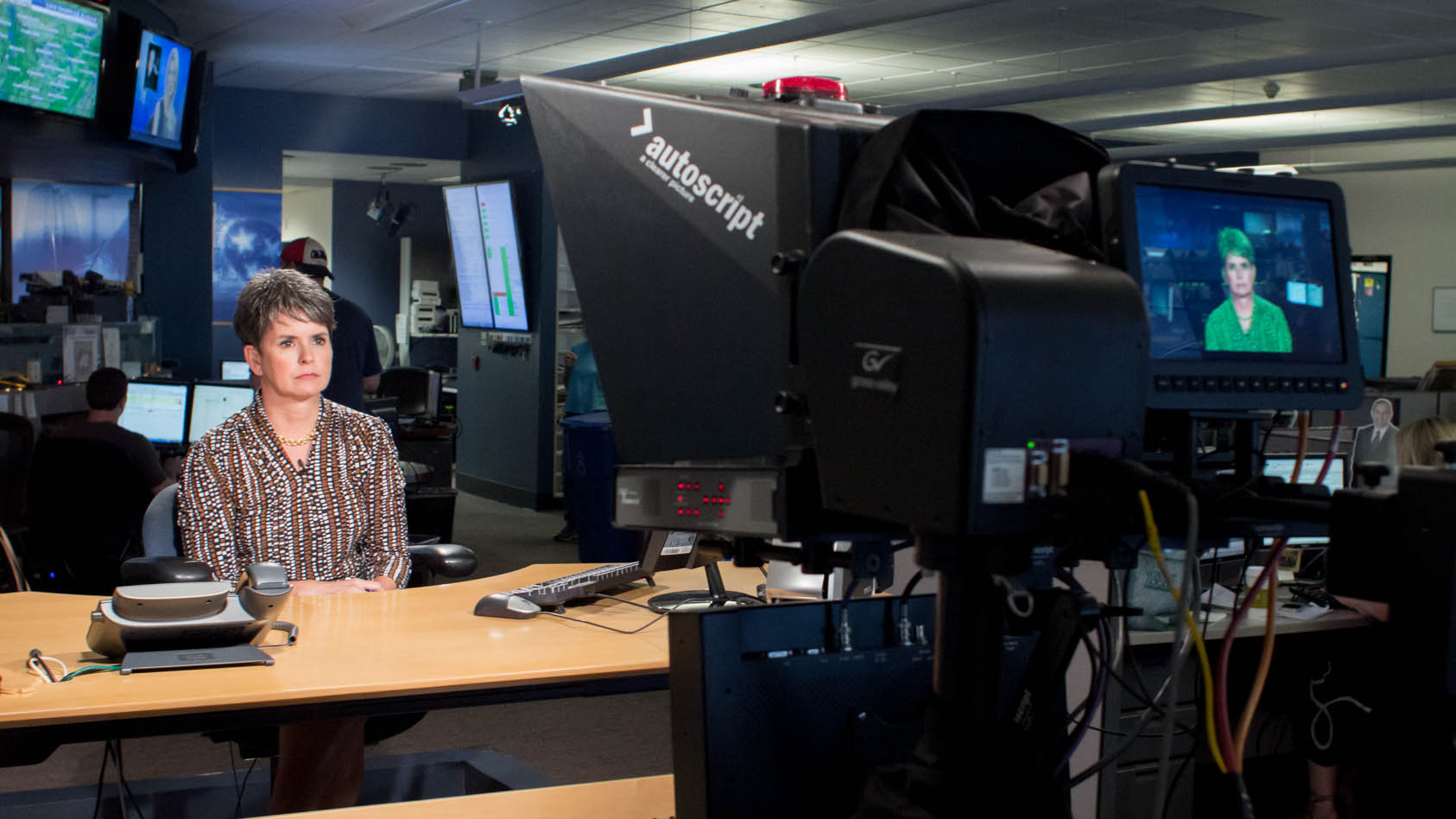 It’s all screen and it’s not even a touch screen and the focus peaking is killer. Seriously, those were my first thoughts, but after I ran the two week newsroom camera test I went ahead and tested the other features and that’s when I found all the strengths of this camera, which grow quite a bit when paired with the ATEM switcher.  I loved how, with the ATEM Switcher, one can control just about everything with the camera: focus, exposure, whites, blacks, color balance.  It really leaves the camera operator the ability to keep his hands on the tripod and nail the shot. 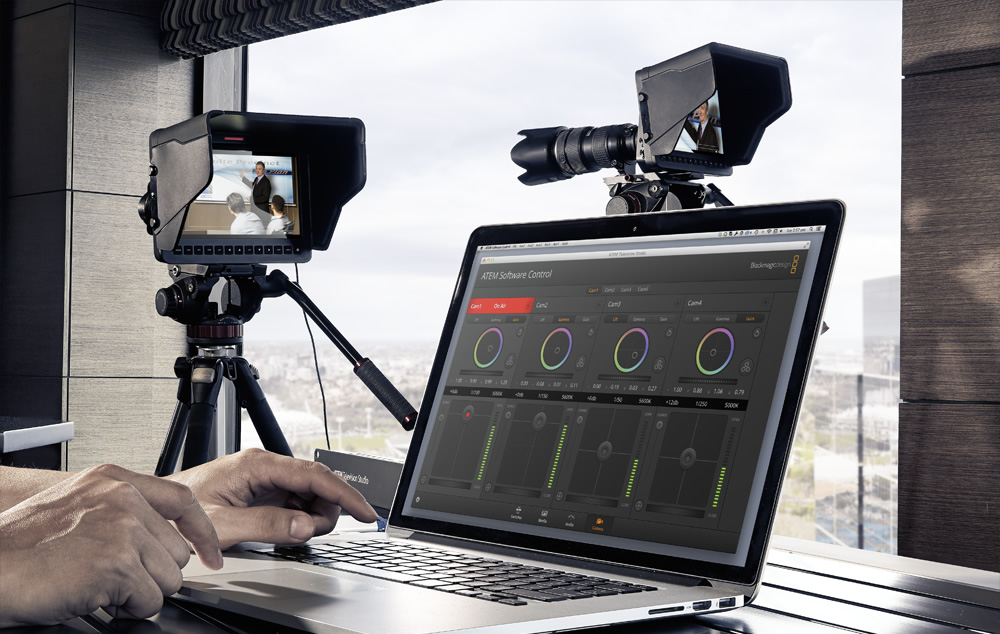 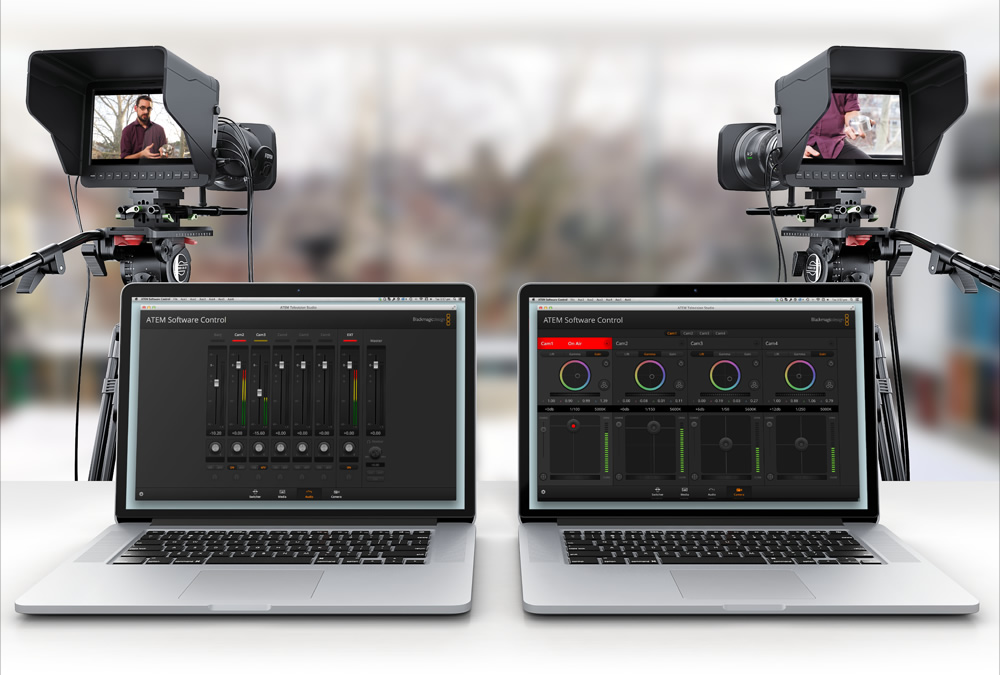 With the Switcher/Camera combo you will have trouble finding a better live mulitcam set up at this price.  Just to be sure the message gets across, the remote focus control only works with active MFT lenses. In our newsroom test I placed a Nikon lens on the Blackmagic Studio Camera because it was the best lens for the shot at the time.  And, it worked just fine with a operator controlling focus. Is it easy to reach around and control focus with this camera? If one is panning around, or following a subject and focusing the same time… It can get a bit uncomfortable, but it’s not a deal breaker. 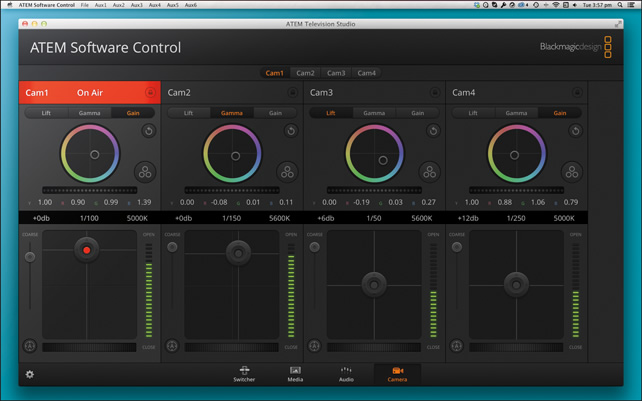 The Blackmagic Studio Camera and the ATEM Switcher, when paired together, have a color correction suite like feature. You can control camera settings and have access to a full color corrector that feels a lot like DaVinci Resolve’s primary color wheels. A great bonus is the ability to copy and paste one color setting to the other cameras.  This will clearly help speed up the set-up and color correct times.

The use of Micro Four/Thirds lenses on this camera make sense and help keep the budget down. The lenses fit the sensor well and the sensor is a modest step up from the traditional 2/3 inch found on much more expensive broadcast cameras.   At a price of $1,995 for the 1080 model and $2995 for the UHD model these are inexpensive cameras.  However, one does not buy a single Blackmagic Studio Camera alone. I mean you can, but you’re not really getting everything out of the camera that one could.  For example, there is no way to record in camera, which is fine because it’s meant for a multicam environment where a line cut is recorded by the director.

If I were in the business of producing live events like, university lectures, I would likely have a pelican case full of these cameras.  I’d also have Blackmagic’s HyperDeck Studio Pro 2, ATEM Production Studio Switcher and a MacBook Pro.  Add in the costs of cases, lenses and everything else to fully cover a live event properly and the budget begins to grow pretty quick.  But… here’s the thing, this is still the less expensive option. This is part of Blackmagic’s thing: make what was once too expensive for everyone and make it affordable.  They did that with DaVinci Resolve and now they’re doing it with live multicam productions.

A pelican full of Studio Cameras, and ATEM switcher and a Mac Book Pro and you are able to go live just about anywhere.  The list of situations where this camera can make an impact is a list of all the likely multicam situations: weddings, schools, churches, university lectures, conventions, meetings. Just about any situation where you can control the light.  Where do I think this camera doesn’t fit? Fast moving sports events. I feel like it might be troublesome with the feature set and the remote focus, which is great, but might not have the speed and finesse to keep fast moving objects in focus. I would not shoulder this camera, or make a rig to shoulder this camera. The Blackmagic Studio Camera is meant to live on a tripod.

They call this camera the Studio Camera for a reason… it wants to shoot under the studio lights.  The sensor is not a sensitive sensor, but the gain of this camera is killer and I shot at 12db often and it still looked great.  There is a little bit of rolling shutter with this camera, but the Super 16mm sized sensor keeps it to a minimum.  When I replaced our newsroom camera with the Studio Camera we saw an vast improvement and when we made the comparison we had the Studio Camera gained up to 12db. Soooo, it was an improvement then and once we realized our mistake we saw and even greater improvement. 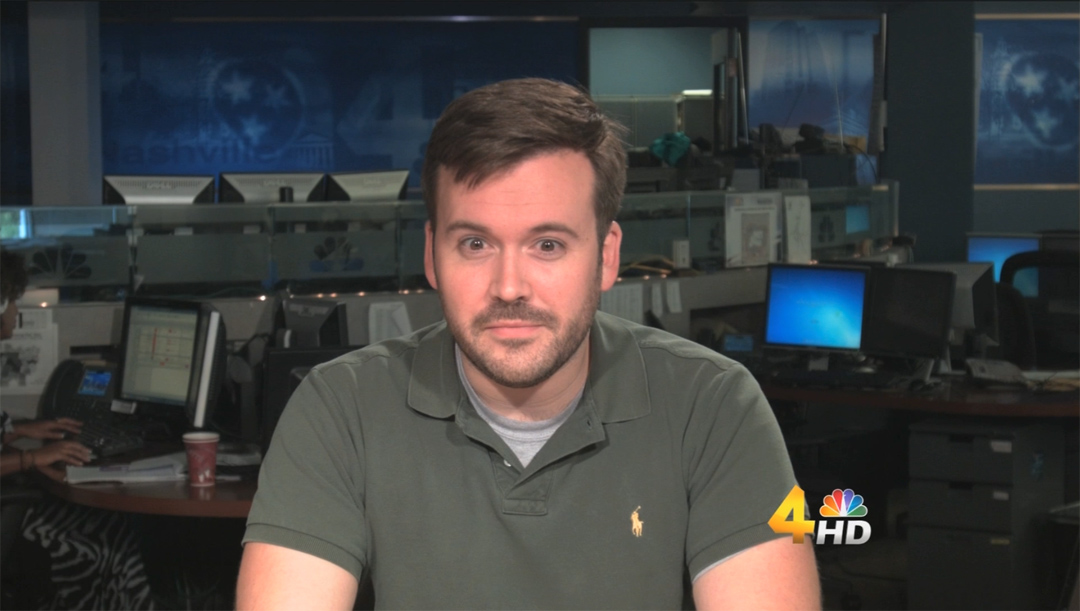 The blacks were a little deeper than I expected, but the color turned out well.  This shot above is lit with two Arri 650s with quite a bit of diffusion on both. The lens was set at F2.8. So, you can see this camera likes light, and feel comfortable with the gain. The noise from the gain is subtle and tight without too much “dancing ants. The shot above was from a camera straight out of the packaging.  I’d say the ability to adjust the black/white levels with the ATEM will make a substantial difference in the overall picture.

This is a camera with a ton of great features.  The PTT, push-to-talk back is great, the ability to use inexpensive headsets, PGM button to see what the director currently has live on-air, the focus peaking, the ability to use fiber, there is just so much going for this camera.  Remember, this is a niche camera meant for live multicam productions so the features are designed specifically for that environment. The true power of this camera comes when it is paired with the ATEM switcher. I can’t emphasize that more.  Lastly, It’s a great looking image that will hold up for quite a bit of time. 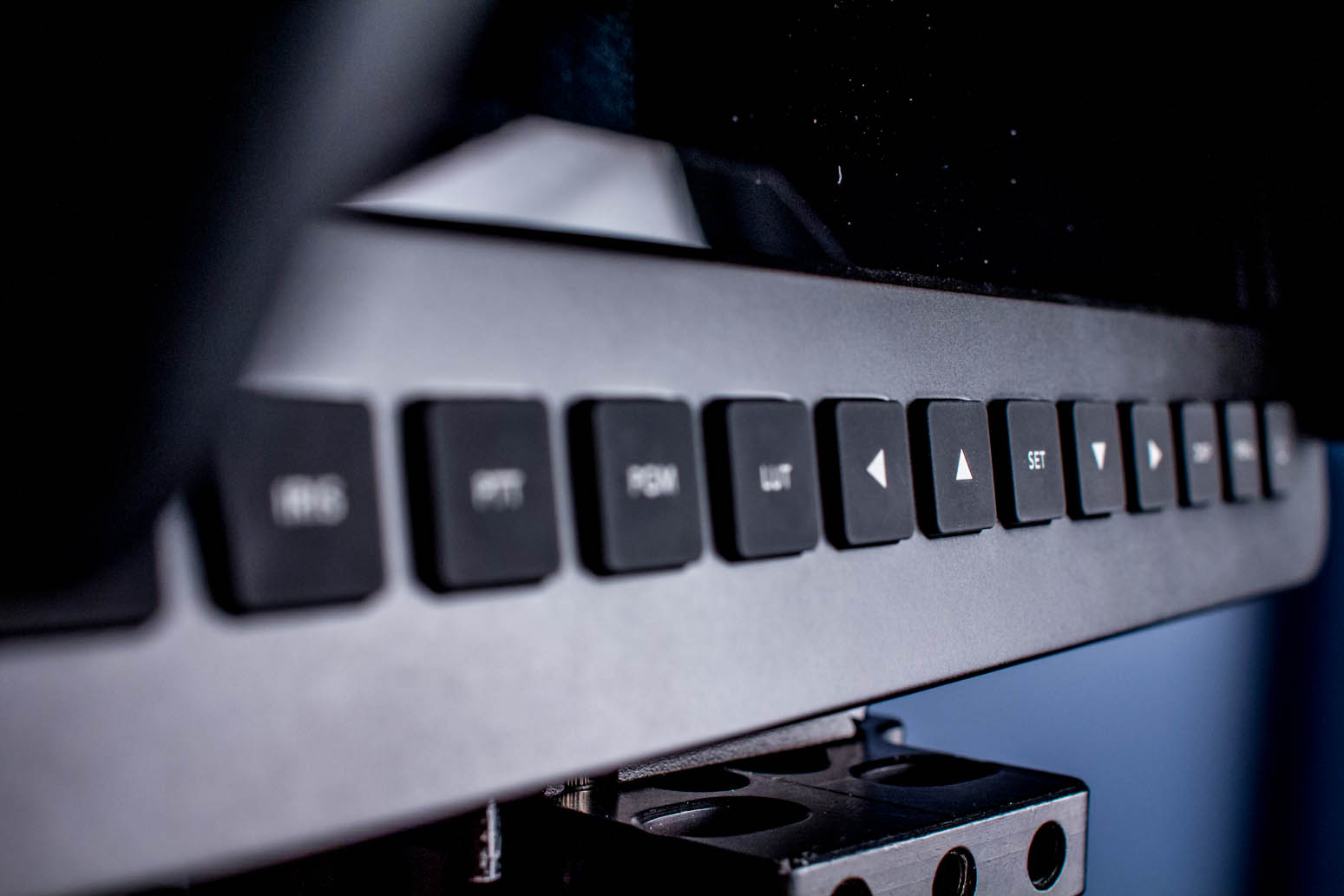 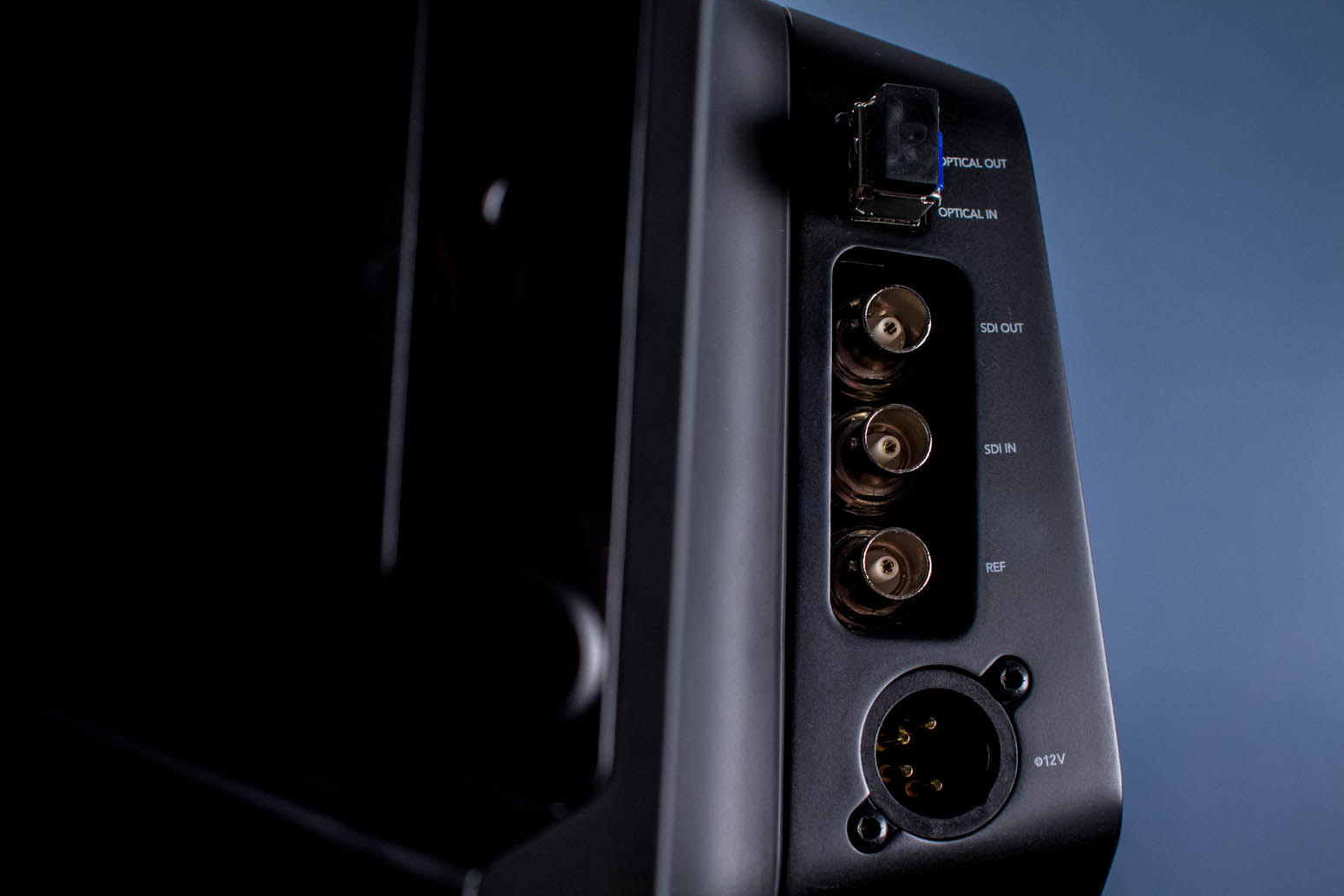 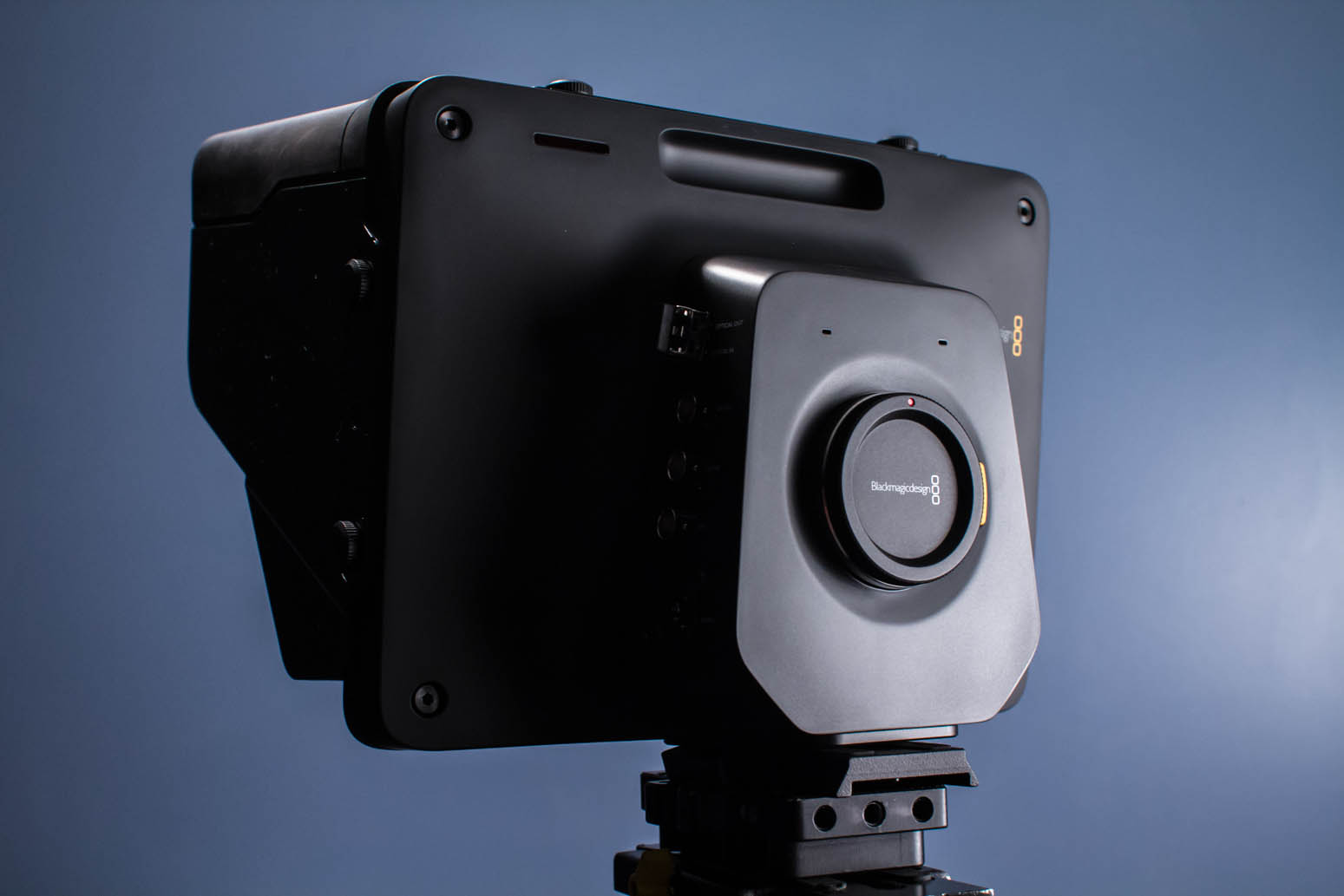 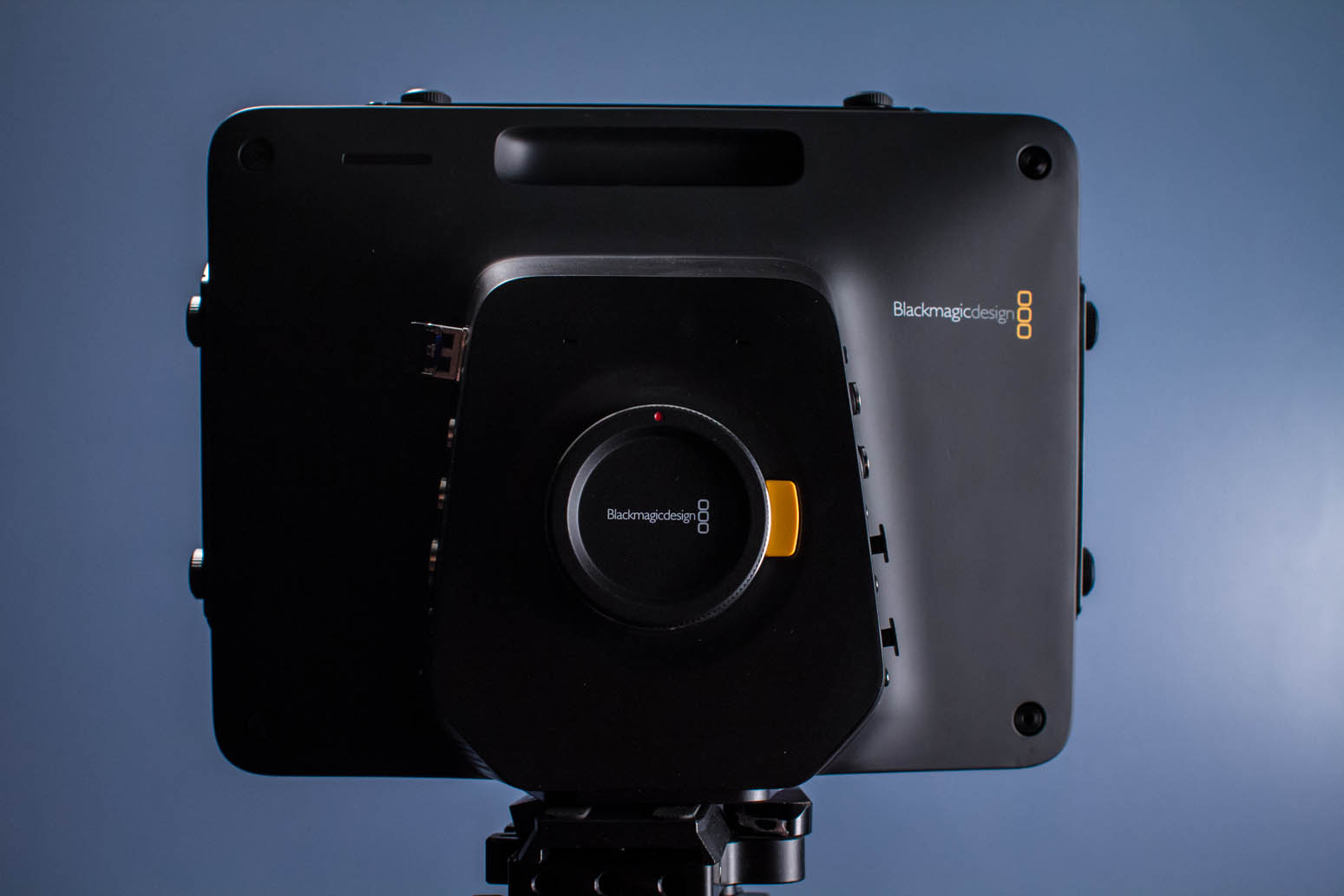