Is the footage drool worthy or not? Thoughts? I think it looks pretty good.

Wait. We cannot actually post the video here for some reason so you will need to head over to Blackmagic Design’s Youtube page to give it a view. Here is the link: https://youtu.be/mIAfxj7nd9k

As a shooter, these two examples are best to show how the camera will do under big soft lighting situations. If I had to guess a decent HMI might have been the key light on all the models walking. This could be a good example for John Brawley who often times shoots network television. It could also be a good example for someone like me shots a lot of sit down interviews. We tend to shoot with 400 HMIs or Kino Flos behind a 6 x 6 silk so these examples are really helpful. The bigger details can be found in the details. Brawley shot his videos not at the standard Blackmagic Design 800 ISO sweet spot but at 1000 ISO and 1250 ISO. I really want to see the camera at 2500 ISO or 3200 ISO. Then I can place it as a second camera in a low-light interview scene.

So let’s jump to the earliest video to be released and if one looks into the details behind the shoot they will find that it was shot at 1250 and 2500 ISO. Here is what Mark Wyatt had to say about the Pocket Cinema Camera 4K he used for this video. The link can be found here: https://youtu.be/oAbB4dQOz4I

“The camera tests I wanted to do were in the forests and waterfalls on the outer West Coast of Canada. I was really interested in seeing how the new sensor would handle these harsh lighting conditions. By increasing the ISO to an impressive 1250 and 2500, it allowed me to capture the dark moss-lined walls and unique emerald color, yet also hold onto the highlight detail of the top of the waterfall and sky. I feel most cameras would likely struggle with this scene. I had the Blackmagic Pocket Cinema Camera 4K for only a few days, but overall I was really impressed by it. The weight of the camera is very liberating, especially when you are used to using larger camera systems. The screen is big and bright enough to use in daylight, which I found great for judging focus and exposure. And, the colors too on the screen, were also nicely represented. In fact, I would argue it is Blackmagic’s best screen yet.” 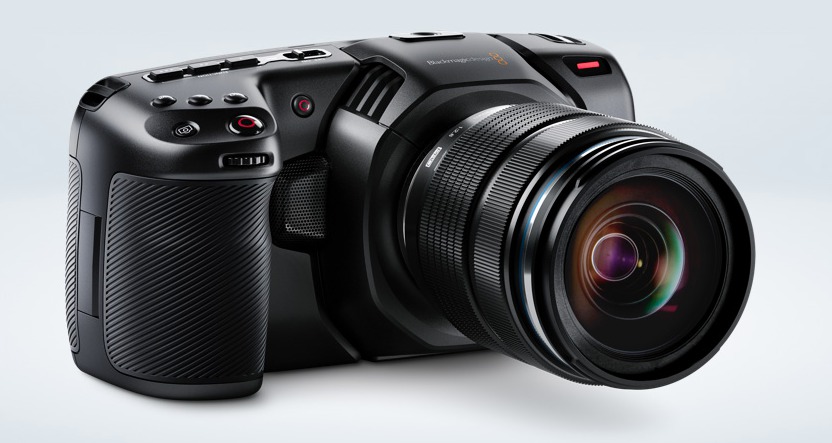