Blackmagic has lowered the price of the popular Mini Converter UpDownCross to $295.00

Sometimes we need to use older cameras or VTRs along side current HD models. For me, the UpDownCross converter helps keep archive video relevant and usable in current NLEs.  What the Mini Converter UpDownCross does is up and down converstions between SD and HD video, as well as between different HD formats. This means you can turn Standard Def into High Def, or reverse, and you can convert 720 to 1080 as long as the two inputs have the same frame rate. 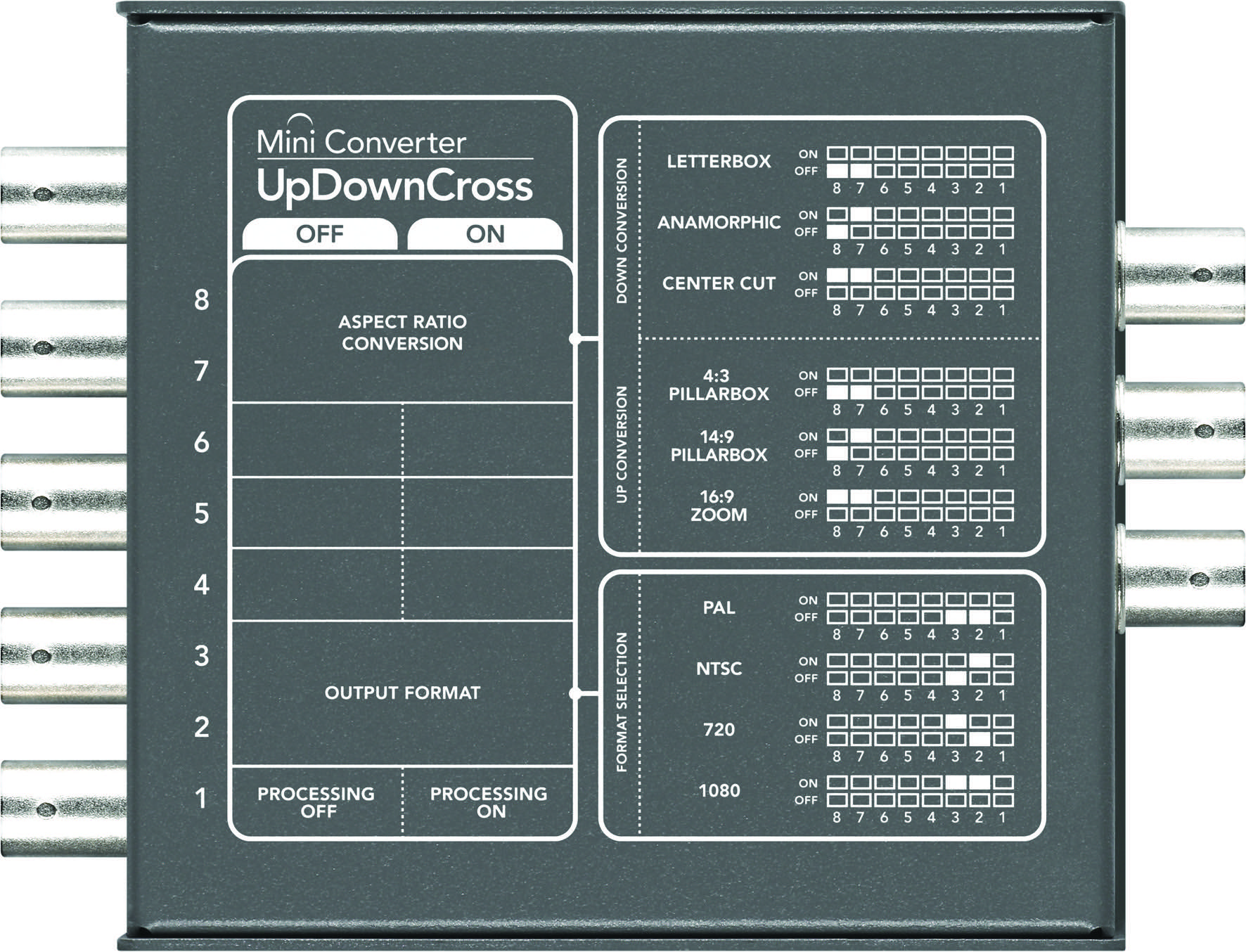 PAL to NTSC? Not a problem. The Mini Converter UpDownCross features a 4 field standards converter making it perfect for converting NTSC and PAL frame rates, as well as connecting to broadcast equipment. This even works at different frame rates. The converter automatically adjusts audio to match the video processing time.

Built in frame re-synchronizer, low SDI jitter, multi-tap filtering and connectins for black burst/tri-sync input, the UpDownCross gives clean and correctly timed signals. The converter can even be used as a low cost SDI distribution amplifier. 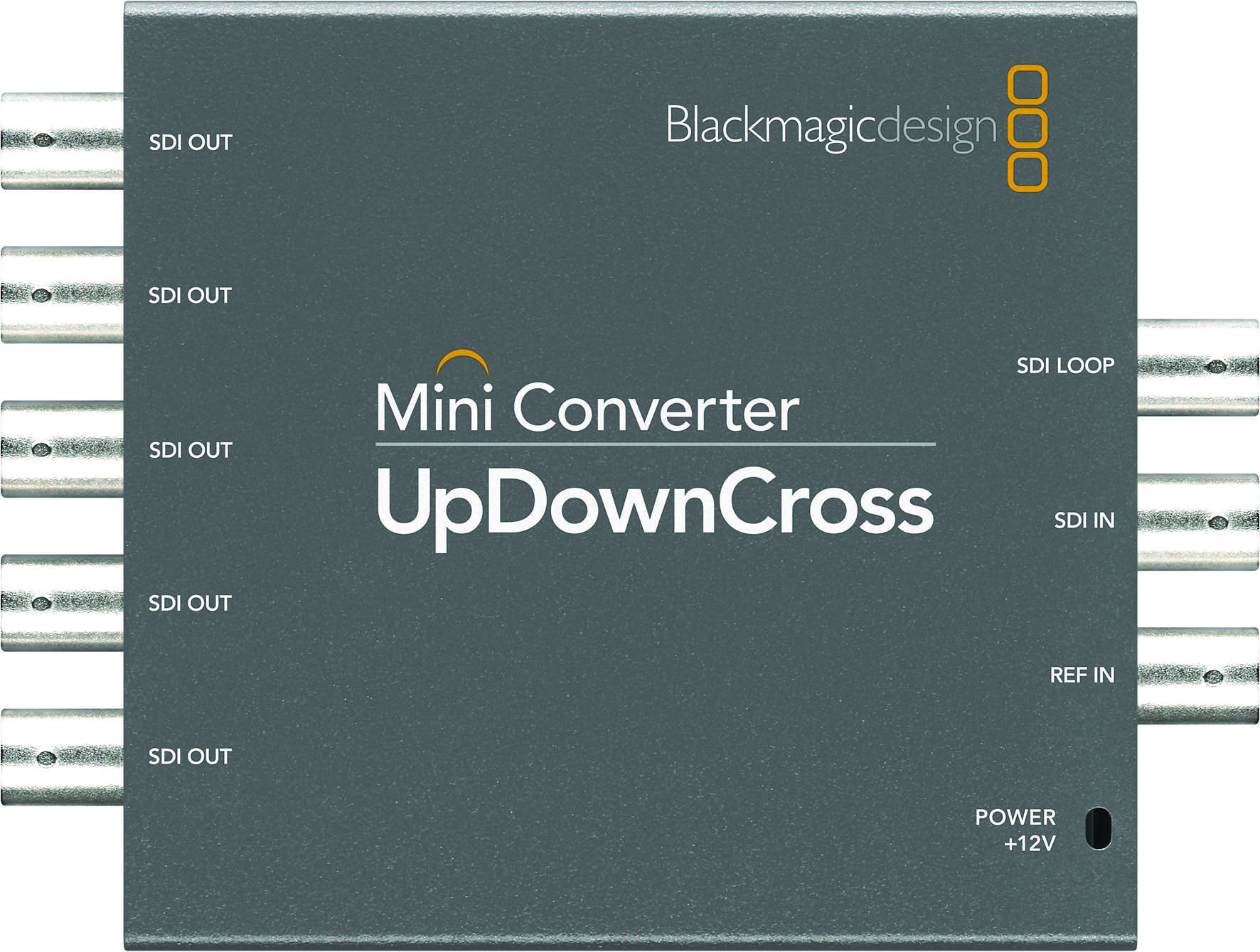