Coming to a Mac near you, Fusion 7. Blackmagic’s free compositing software, once reserved only for Windows based machines, will be availble for OSX users.

Last year Blackmagic Design announced their purchase of node-based visual effects software Fusion.  Just like they did for DaVinci Resolve, they reduced the price of Fusion 7 Studio to $995 and released a free version lacking network rendering. 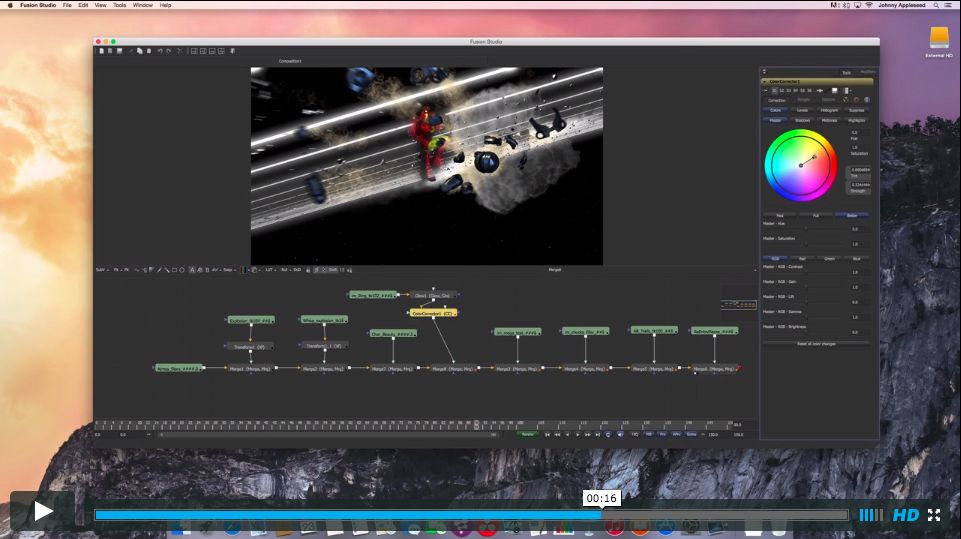 Originally, Fusion was reserved for Windows based machines.  Thankfully, for Mac users, Blackmagic has been hard at work adapting the popular compositing software to Mac’s OSX operating system.  This is all part of Blackmagic’s revolution designed to put what has been very expensive tools into the hands of the masses. Just a few years ago, DaVinci Resolve and Fusion would have been software too expensive for everyone except those people and companies at the top of the pyramid.

To see Blackmagic’s video showing off the OSX version of Fusion go here.

Both DaVinci Resolve and Fusion are node based systems and one can’t help but think the cross integration of the two of these programs might be down the line for Blackmagic.  At the very least Blackmagic has put very capable tools into the hands of everyone.

No exact release date, but Blackmagic will be demonstrating the OSX version at NAB 2015.