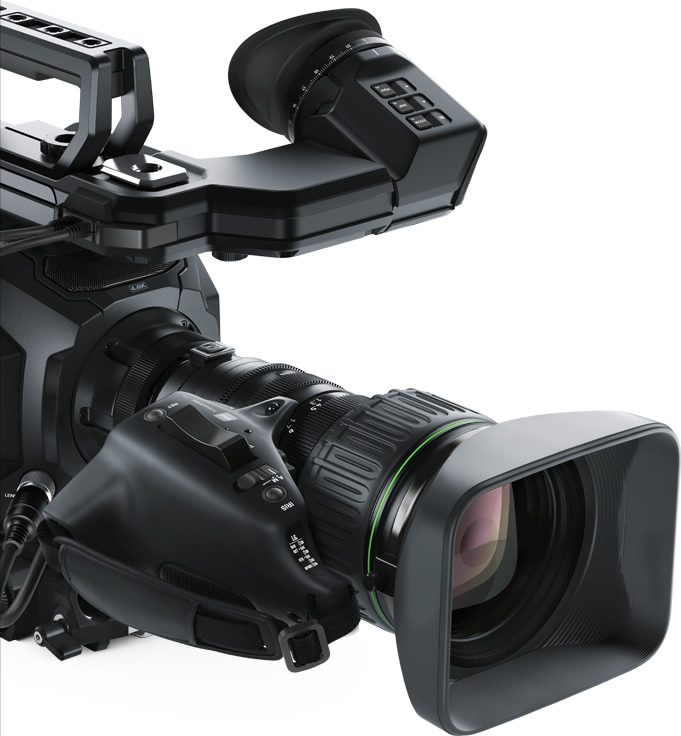 The built in PL lens mount on URSA Mini PL can be changed to the B4 lens mount whenever needed, giving customers the flexibility to use URSA Mini with their existing B4 broadcast lenses for HD one day, and with PL cinema lenses for Ultra HD and 4K on the next. So is the B4 URSA Mini to be the ENG Camera of choice for news gathering and documentary work?  Maybe. Maybe not. I could see a news station getting behind the idea of moving from a Panasonic-centric newsroom, what with their expensive P2 cards and readers, to a Blackmagic newsroom. Many stations already use Blackmagic products already. Where the C300 and FS7 might rule cinematic documentary work the broadcast camera operators I know are not huge fans of changing lenses often. The new B4 mount will give the lens broadcast shooters want with a camera capable of 15 stop dynamic range, easy to use codecs, and a global shutter.

Turning the URSA Mini into an ENG camera is a good idea. The URSA Mini is a rugged, yet extremely lightweight and well balanced shoulder mount camera that is comfortable enough to be used all day. There’s a 5” fold out monitor, complete technical scopes, professional audio recording, and dual ProRes recorders all built right in as well as the optional URSA Viewfinder and URSA Mini Shoulder Kit. With URSA Mini, news crews can shoot a story, mount the card on a computer in the van and begin editing immediately without having to convert files so they can get stories on air fast. One option that will make this an even easier sell to news stations will be including Avid’s DNxHD codecs or their new DNxHR codecs, which are not currently available on the URSA Mini, since many stations are on Avid systems.

“Since we announced URSA Mini at NAB earlier this year, broadcasters have been asking us for a B4 lens mount,” said Grant Petty, CEO, Blackmagic Design. “We listened carefully and designed a way for them to use the B4 lenses they already have for high definition production, and still give them a camera that works for Ultra HD and 4K production because they can switch back to a PL mount lens whenever they need! The most exciting part about this announcement is that broadcasters using URSA Mini get the HD camera they need today with modern file formats like RAW, ProRes and DNx plus they also get wide dynamic range so the quality of the images are much better. From our conversations with broadcasters everybody is talking about the excitement of having digital film capability in an ENG style camera and they are aware of the extra creativity that can bring to their production work.” 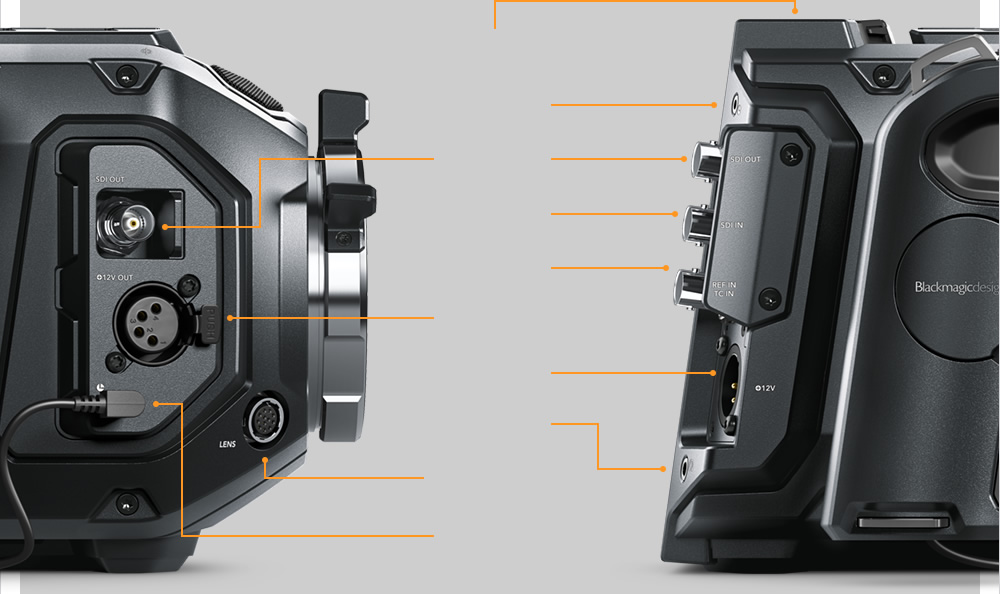 Sigma announces a bit of an update to their full-frame Sigma FP. Sigma FP’s firmware to Ver.3.00 ensures compatibility...