Today was the day they kicked off NAB 2017 and Blackmagic Design has a bunch of news they announced.  This year they have a very big update to DaVinci Resolve, a few new products and new lower prices for a couple of their products. Think of this post as broad strokes. If you want you can watch the entire press conference here:

Here is a short list of new products and updates. 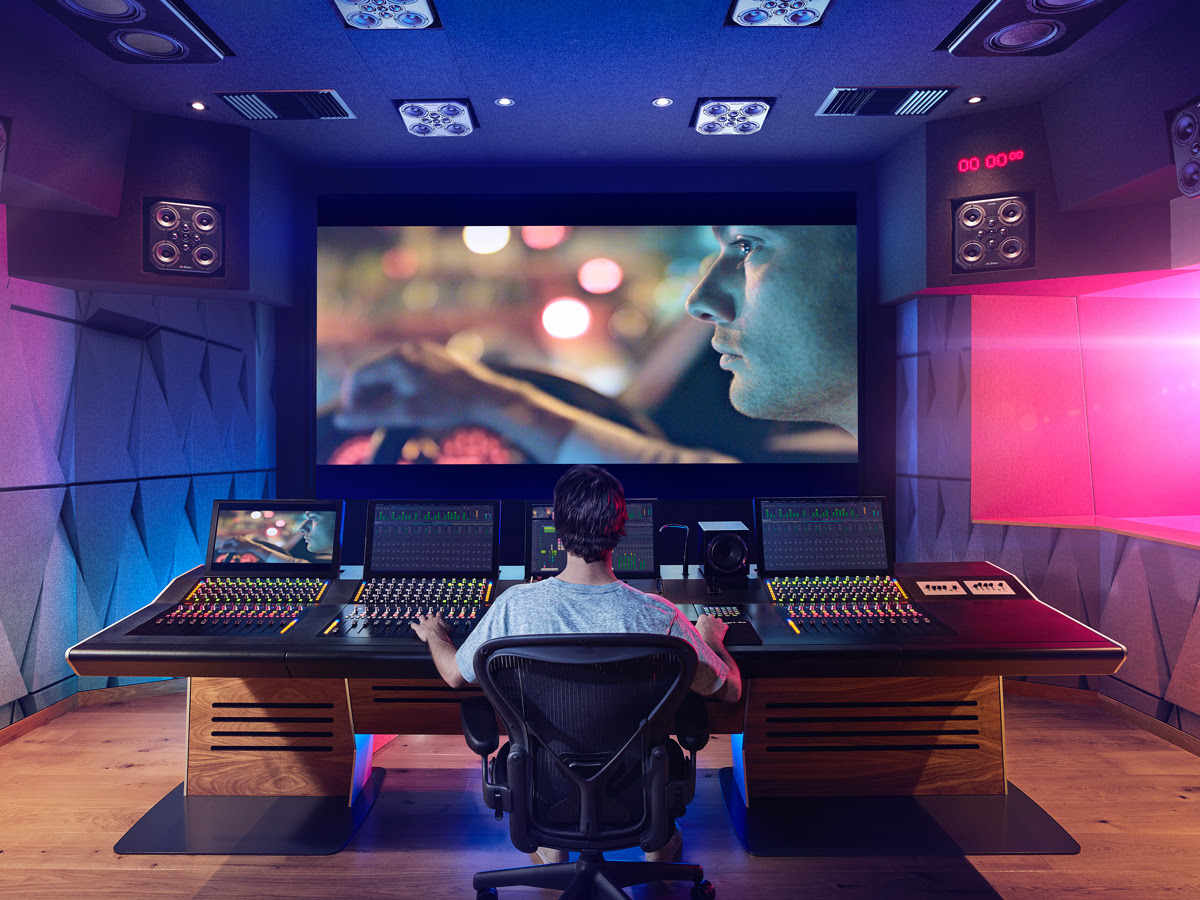 Today Blackmagic announced DaVinci Resolve 14, the biggest release in the history of the software.  With this update, Blackmagic made some dramatic performance gains and Blackmagic claims DaVinci Resolve 14 is now up to 10 times faster than the previous release. Think of the program as way more fluid now and much more responsive.

Also, another big issue is audio. For years productions have sent projects off to people in the music industry to do our audio post-production. Then we have to wait for them to finish and import the finished audio file back into our edit. What Blackmagic really thought we needed were audio tools designed specifically for video professionals, especially video pros who might not be able to afford dedicated audio post-production. With DaVinci Resolve 14 Blackmagic has built in Fairlight audio into DaVince Resolve 14 and given Fairlight its own new page in the software.

Blackmagic Design really wanted people to be able to edit, color and do audio post production while all working together, on the same job at the same time. To make this easy DaVinci Resolve 14 now integrates extremely powerful collaboration tools to make that easy.

The performance improvements and new audio features are built into the free DaVinci Resolve software you can download for free. However, the new collaboration tools and some of the new plugins are only available in the paid DaVinci Resolve Studio. 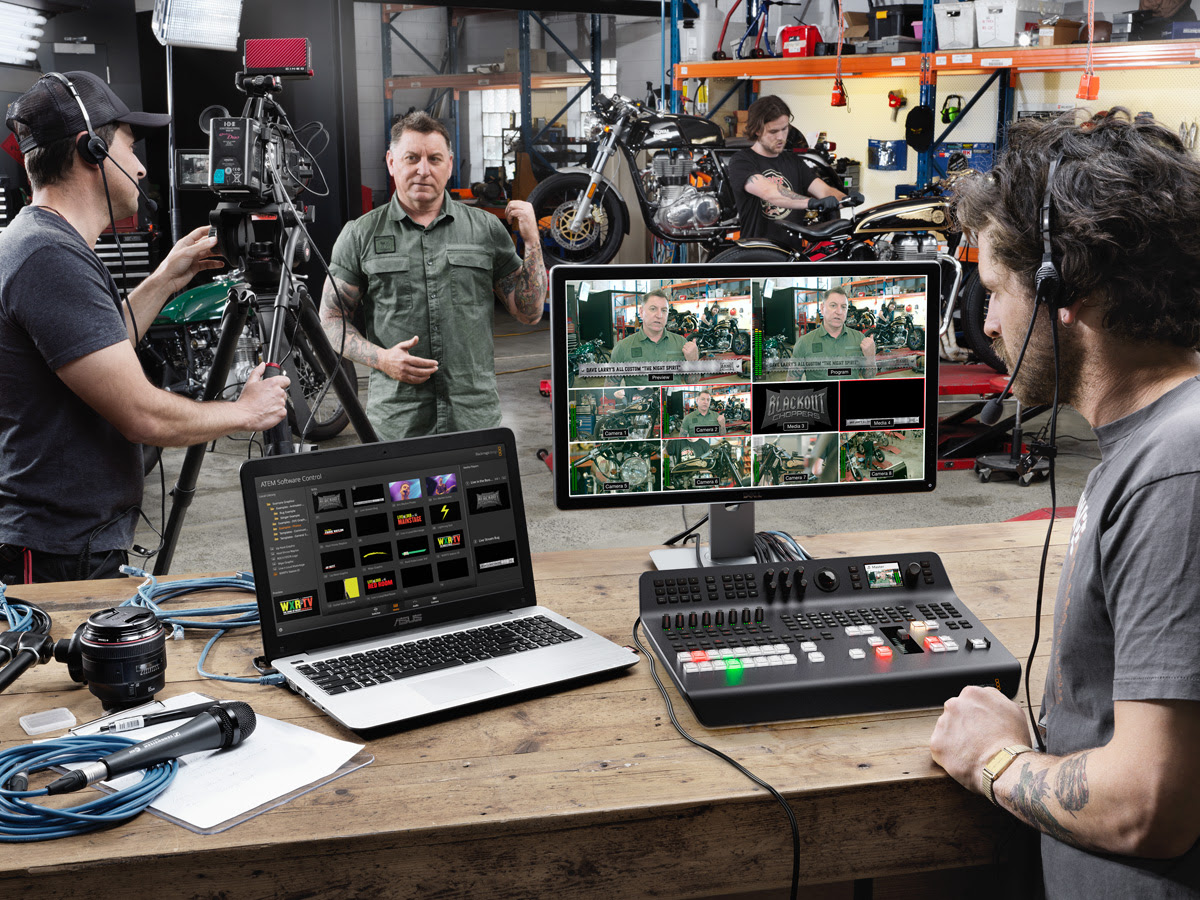 Recently Blackmagic launched ATEM Television Studio HD, a portable live production switcher for broadcast, professional and AV users which has been popular because it had powerful features such as 8 inputs, re-sync in each input, built in DVE, aux out, support for talkback, chroma key, flash based media store and also a control panel on the front.

Today Blackmagic released the new ATEM Television Studio Pro HD, which has all of the same professional features, but is integrated inside of a professional desktop mounted control panel. Plus, you get a full CCU control area on the top of the control panel so you can control cameras for doing multi-camera live work. This works with all Blackmagic Studio and URSA Mini cameras that can be controlled via the SDI.

ATEM Television Studio Pro HD adds an integrated hardware control panel which is great for more complex, fast-paced live events. It features 4 HDMI and 4 SDI inputs so you can work in all formats up to 1080p60.

ATEM Television Studio Pro HD will be available in May for US$2,295 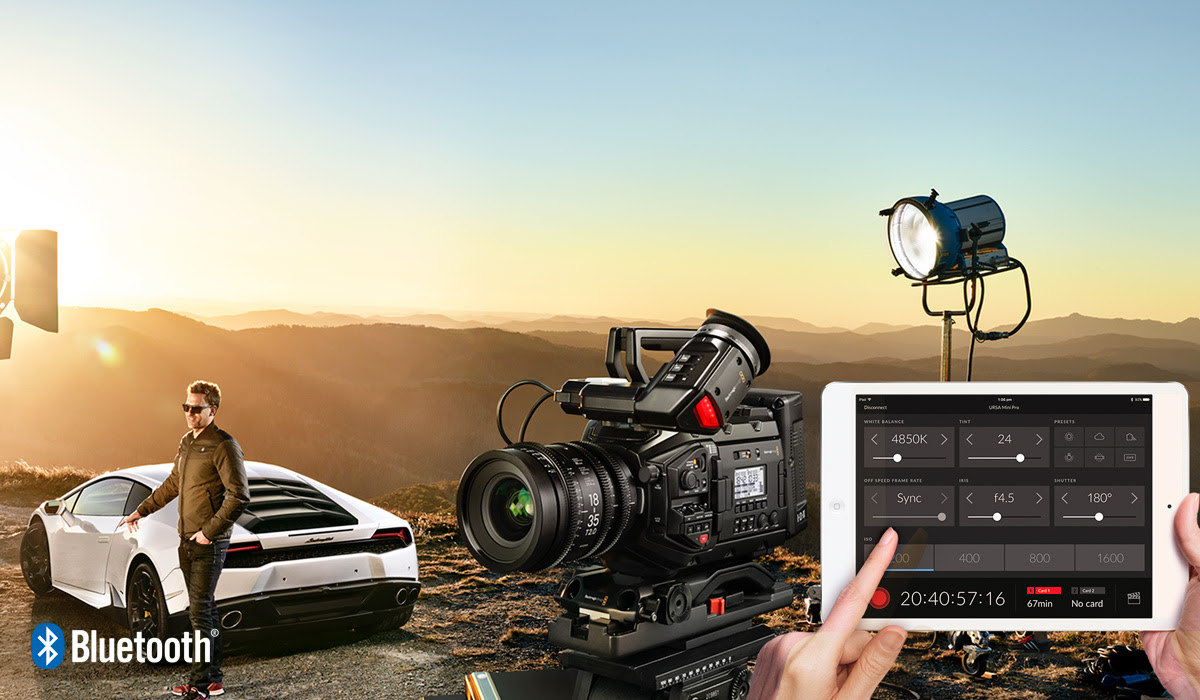 When Blackmagic launched the URSA Mini Pro, they kept its Bluetooth feature secret. They have developed a new iPad app that gives you full remote control of the camera settings as well as metadata entry. They are also going to open the protocol to developers who want to use the API to customize their own control solutions. 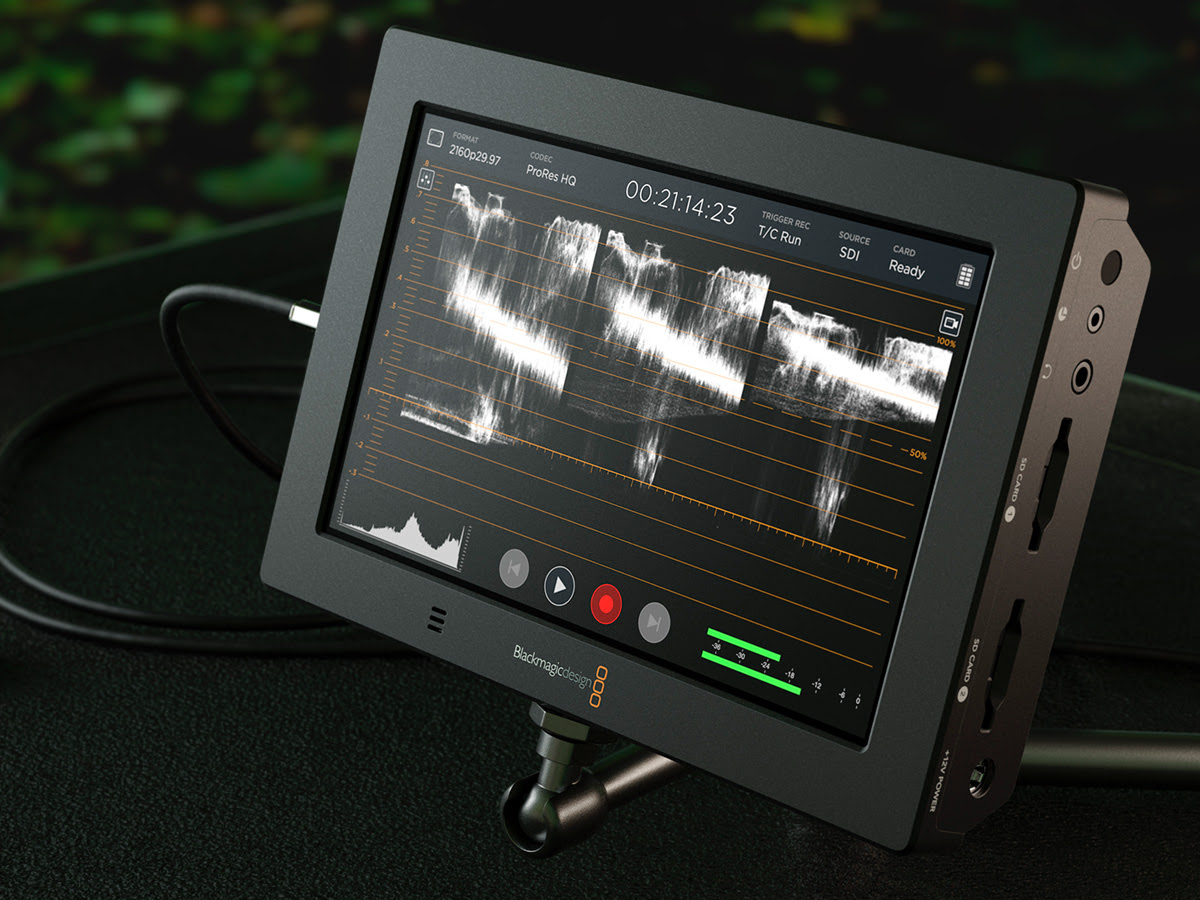 This has been a feature I have wanted for awhile now.  Blackmagic Desing has added new professional scopes to the Video Assist 4K monitor/recorder. The new scopes include waveform, RGB parade, vectorscope, and histogram. They can be used full screen, you can overlay them on top of the incoming video, or put them in a small picture in picture window. The new scopes will be available in June as a free software update for all Blackmagic Video Assist 4K customers. 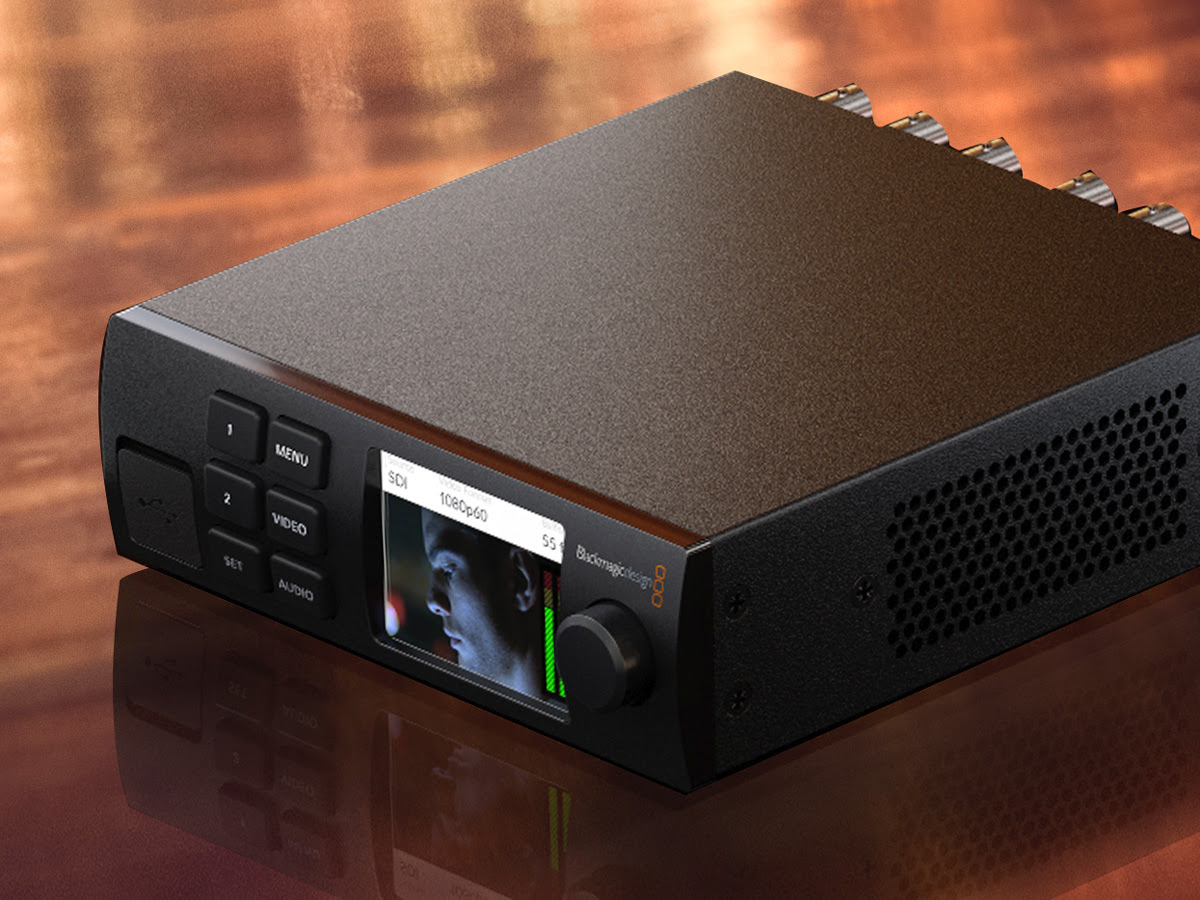 Blackmagic also introduced the UltraStudio HD Mini, the world’s first portable Thunderbolt 3 capture and playback solution designed for archiving, edit monitoring, streaming and live broadcast graphics. With UltraStudio HD Mini, they have taken a different direction by including some new connections people needed, and dropping some of the connections people don’t use anymore.

People are capturing from older analog and digital broadcast decks for archiving content to modern digital media files. People also want to run live graphics into switcher with fill and key and of course, they often need to get high-quality monitoring in HDMI and SDI when editing and color grading and need perfect AV sync. It also works with Open Broadcaster software for live 1080p streaming.

UltraStudio HD Mini is in stock and available now from Blackmagic Design resellers worldwide for only $495. The optional Teranex Mini Smart Panel is $85.

When Blackmagic launched the Duplicator 4K last year even I thought restricting the recorder to H265 was a mistake. The problem was Blackmagic got ahead of themselves. So this year they are releasing a software update that adds H.264 to the Blackmagic Duplicator 4K. It’s a free software upgrade and, because H.264 is so popular clients should have no problem playing their video. This software update is available now. 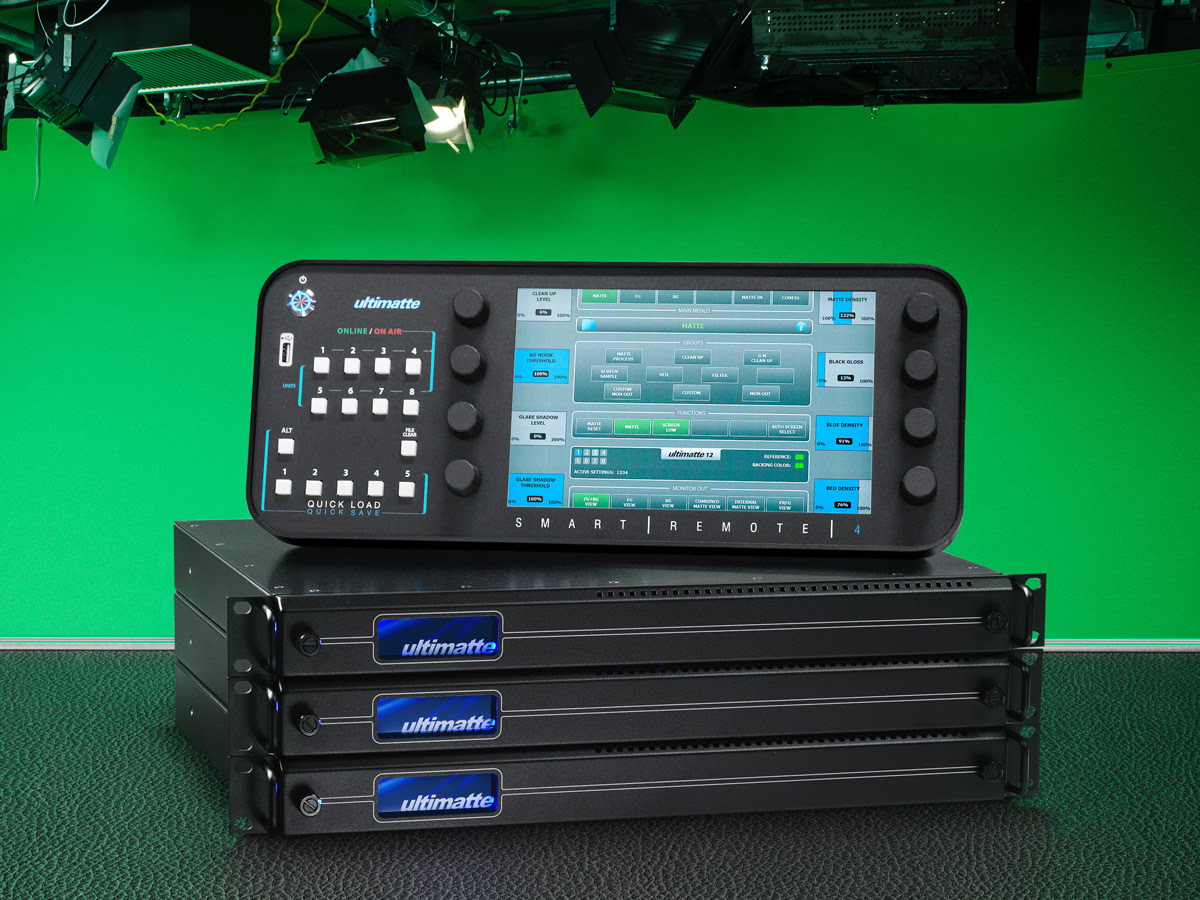 Blackmagic announced the immediate price reduction for Ultimatte 11 from $24,995 to only $9,995. Since they acquired Ultimatte in October, last year, Blackmagic has been working on its production and they made some very good improvements. People can build their own virtual sets by using multiple locked off cameras on a green scene set. According to Blackmagic, if the keying looks real, and Ultimatte does that, but also if you don’t move the cameras while they are on air, you can build your own virtual set using still frames keyed in behind the locked off cameras. It’s a nice simple way to get started into virtual environments, but the issue was Ultimatte previously cost way too much to be able to do this.

Of course, for decades Ultimatte has been the worldwide leader in blue and green screen removal technology for the broadcast television and feature film industries, so you get a high-quality keyer that can do an amazing job in making virtual sets look truly realistic.