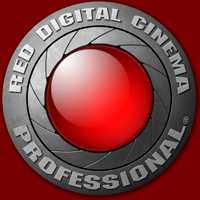 Jim Jannard, Founder of RED Digital Cinema, posted on the RED user site in the wee hours this morning to tell the world about his decision to step down as the face of RED, with Jarred Land taking this position. Jannard uses the piece to document his own history, as well RED's, and he pulls no punches when it comes to the feedback he's taken and given over the years. Art Adams, one of our own contributors, is noted in the post but it's Geoff Boyle who should really watch out at NAB 2014. Or seemingly anywhere else for that matter.

ProVideoCoalition's parent company, Createasphere has a long history with RED. Having co-produced the first two years of REDucation and worked closely with its team to do so, we know what an important figure Jannard has been and will continue to be for the entire industry. Check out the post and stay tuned to hear more, as the fallout from this announcement has just begun.