The new Benro Aero 7 is a compact and portable video tripod which, when needed, transforms into a video monopod: it’s an ideal two- in-one solution for traveling light. 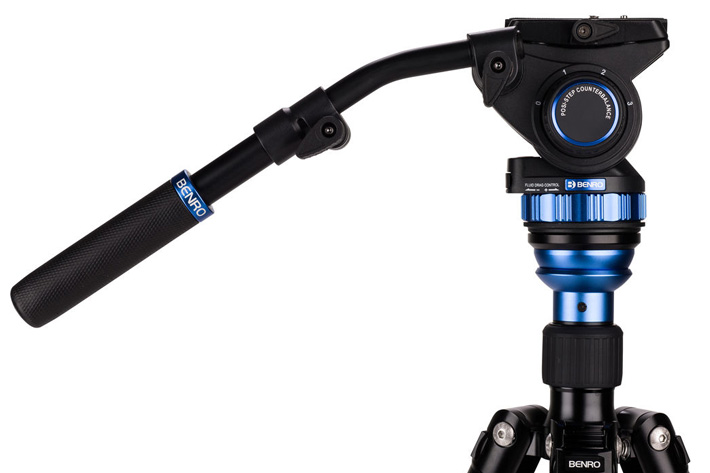 Able to support up to 15 lbs (7 kg) and offering legs which reverse fold creating a compact travel friendly tripod, the Benro Aero 7 aims to be a filmmakers and videographers companion.

In addition to its standard ability to reverse fold to a smaller, more compact size and transform into a video monopod, the inclusion of the removable flat base S7 video head and the new 2-in-1 center column makes the Aero 7 a great traveling companion for filmmakers and videographers needing a fully featured tripod for their medium-sized rigs.

The Benro 7 not only offers the standard leveling adapter, its new 2-in-1 center column also converts to a short column for low angle shots, providing more versatility for filmmakers and videographers who are looking to get more out of their tripods when either on location or when they are unable to bring other gear with them. 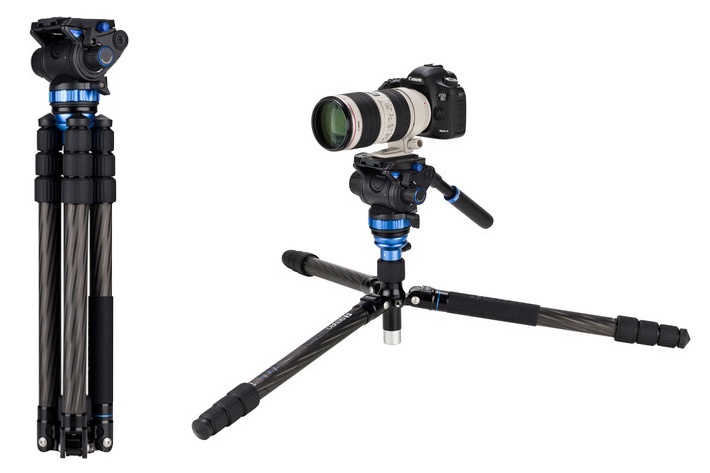 The tripod can be transformed into a monopod, which sometimes is exactly what you need while working on location. No need, though, to carry a monopod and a tripod, as the Aero 7 works both ways. It’s not a revolutionary solution, brands as Cullmann used it decades ago, in some of their photography tripods (like the (Magic 2 tripod), but it is a solution many times forgotten in modern days, especially at a time when videographers want to travel light and need to be prepared for different situations. One of the Aero 7’s legs can be unthreaded and joined with the tripod’s center column to become a fully functioning video monopod. Combined with the Aero 7’s fully featured S7 Video Head, this truly makes for a powerful combination.

The video head can be removed and used on other flat surfaces such as certain sliders, jibs, half ball adapters and more, making it easier to move between supports while working with the same head you’re used too. The S7 head has 4 stages of counterbalance (0-3) which helps to properly balance the camera rig.

When you finish using the Benro Aero 7 and need to pack, the legs reverse fold design reveals a compact travel friendly tripod. The new Aero 7 is available now, with suggested retail price of $399 for the aluminum version and $599 for carbon fiber. 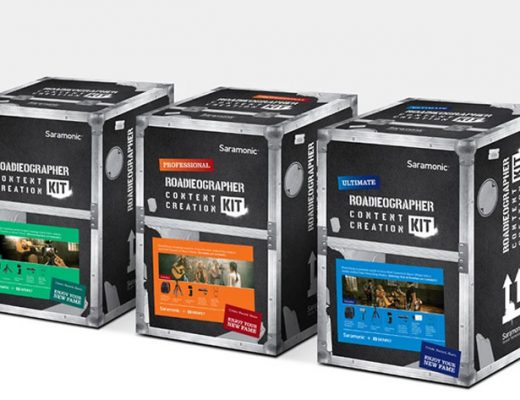 Roadies are an essential part of any band, and a roadieographer is a member of the group who is...