I was teaching NAB Post|Production World classes on Saturday morning of NAB 2018 when Avid’s new CEO Jeff Rosica (which I plan to sit down with later this week!) took the stage to introduce a ton of new products and map out future upgrades to Avid Media Composer as well as many other Avid products. This keynote address was part of the Avid Connect event that takes place just a few days before the NAB show floor opens. All weekend I’ve talked to quite a few people who have been in and out of the Avid Connect event this year and they all say the atmosphere at this year’s Connect event is much happier and much more optimistic than it has been in recent years. Is that due to the new products, the changing of management or the new media climate we all live in? I don’t know but everyone I talked to seem quite excited for the future.

Fantastic speech by @Avid CEO @JeffJRosica and I loved this moment:

“We are your biggest fans.”

I truly believe it!

But more importantly, I can SEE it in everything #Avid does to help us share our stories with the world.

Since I’m an editor we’ll take a quick look at Media Composer here but you can get an idea of the rebranding of all Avid products on their website. I’ll rely on Twitter to help me out since the NAB is coming fast and furious this morning. Avid did release an MC update just yesterday taking it to 2018.4.0 with a few new features added. They also have 3 new product tiers that seems to be the way moving forward with all their products.

We’re announcing a new line up of @MediaComposer products that provide a range of functionality for the aspiring artist to the most experienced editor.

With Media Composer there’s now Media Composer | First, Media Composer, and Media Composer | Ultimate. While basic functionality is the same the biggest thing to know is that Ultimate adds PhraseFind, ScriptSync, Symphony and Newscutter into the package. This comparison page shows all three side-by-side and you can check the prices. 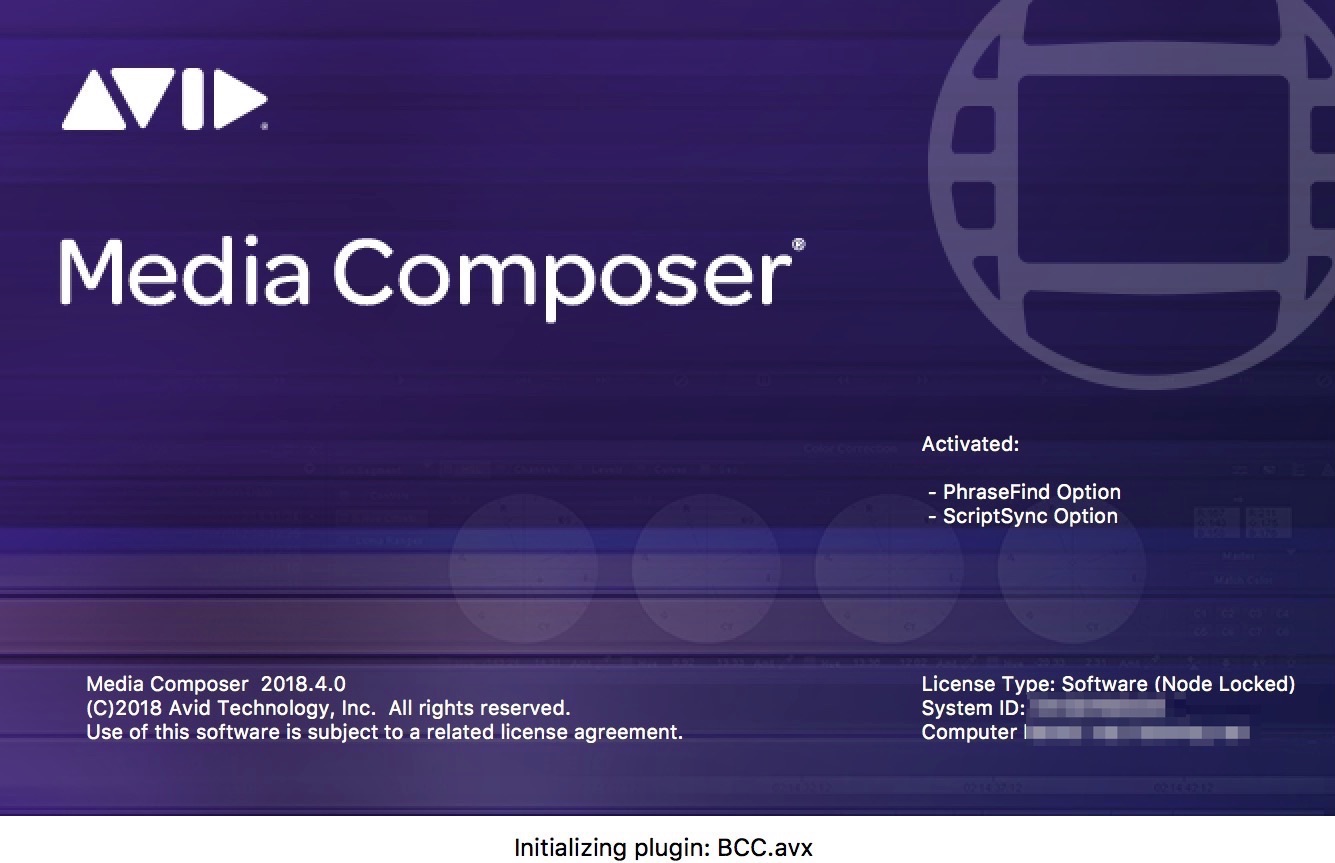 Since I have a session this NAB called It’s Time to Take Another Look at Avid Media Composer I thought it was important to update and Las Vegas hotel wifi held for a successful download!

It’s a small update feature wise but I think the main objective of this release was to get the new pricing levels out into the world. Just for playing around with it for a bit these are the noteworthy features that I’m make the most use of.

The Avid Markers window has long been stagnant as now we get a simple but much needed update with the ability to move columns and hide columns, change font sizes and search. Your customization is saved  with project settings.

I also like that we can now assign timeline view presets to a keyboard shortcut. That’s a long time coming but it looks like Avid is finally serious about providing some of these features that we’ve all been asking for for years. 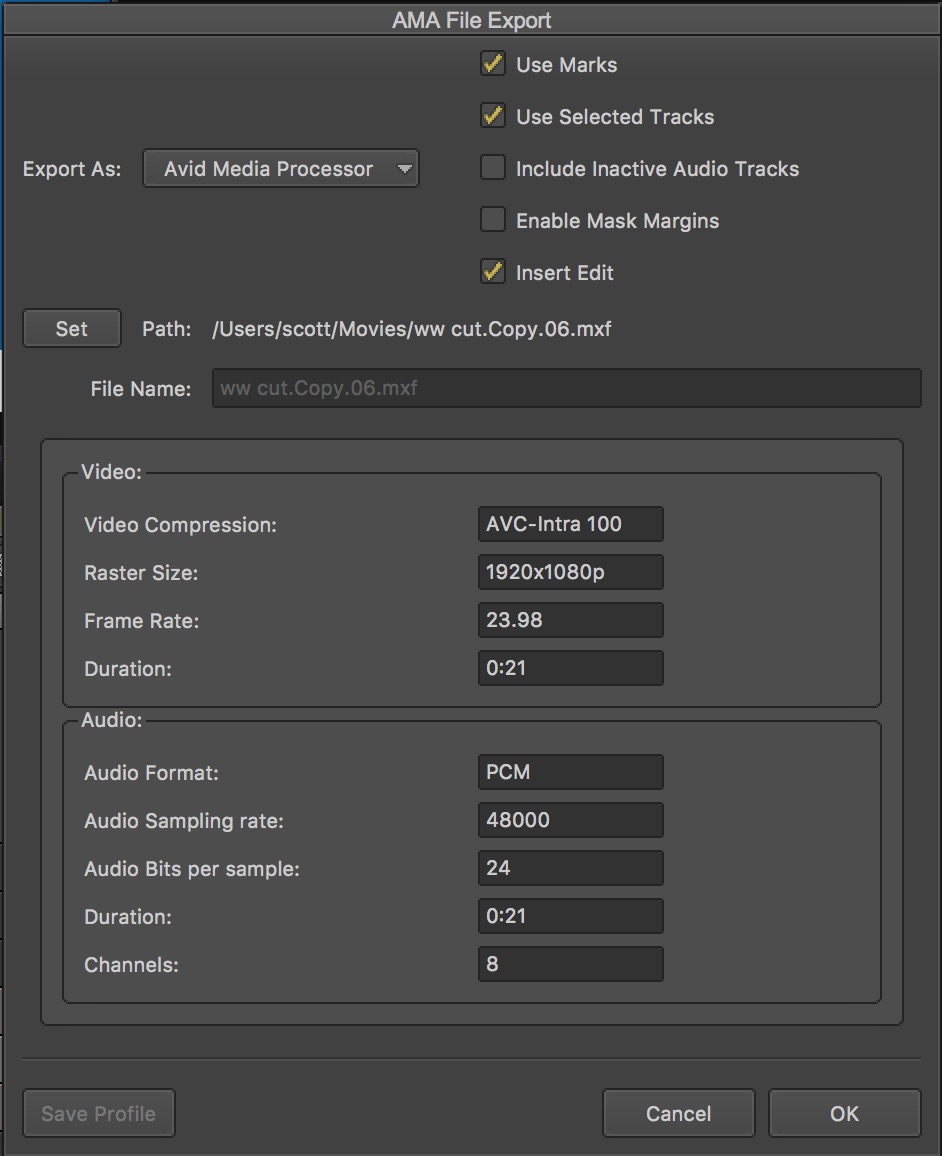 There’s also a new option to preform a file-based insert edit which could be used to correct mistakes without re-exporting an entire file. If you’ve family with Cinedeck’s cineXtools then you’ve heard of this. I think this is pretty big to put directly in the Avid Output menu. There’s some limitations on file formats and how it works but it’ll be a timesaver in many situations.

The future of Avid Media Composer

The biggest news out of Avid Connect is the roadmap for future updates to MC. While we’ve seen upcoming feature discussion before from the Avid Customer Association ACA vote things were much more specific this time. Since I wasn’t there I’ll let Twitter take over as I’m learning about a lot of them as I type this.

Some new features announced for #Avid #MediaComposer spot color correct, adding angles & updating groups, titles in res higher than HD, and my fav new feature is ‘click and play’ around the app while media playing a sequence. #ACA is working. #AvidConnect pic.twitter.com/fZcdaP5pj0

This tweet sums up the biggest new features in one. Updates to the color correction are important but I think a multicam rewrite is huge. Currently once a multicam group is created you’re stuck and can’t adjust it at all. This update will bring Avid inline with Adobe Premiere Pro and Final Cut Pro X with the ability to add angles, slip sync and do lots of other stuff to a multicam once it is created. And having a “live” timeline that doesn’t stop playback will make Media Composer, finally, feel more modern.

There’s a few more good tweets below. I can’t wait to see this in action at the Avid booth. More to come about Avid later.

Oh my god! You can modify and add cams to already created groups now! Doing dailies will be so much nicer now! Happy dance! #AvidConnect pic.twitter.com/OgoD9hPwoY

Create bins and projects outside of MC to prep for edit with Editorial Management #NABShow #AvidConnect #Avid pic.twitter.com/Vbp3twVRgM

Say I with me, MediaCentral, NOT Interplay. #NABShow #AvidConnect #Avid pic.twitter.com/rVO6oKWxIA