Atomos calls it the most flexible ecosystem in Pro Video: it’s the AtomX created to ensure users can adapt and connect to any legacy or future wireless or wired video standard. 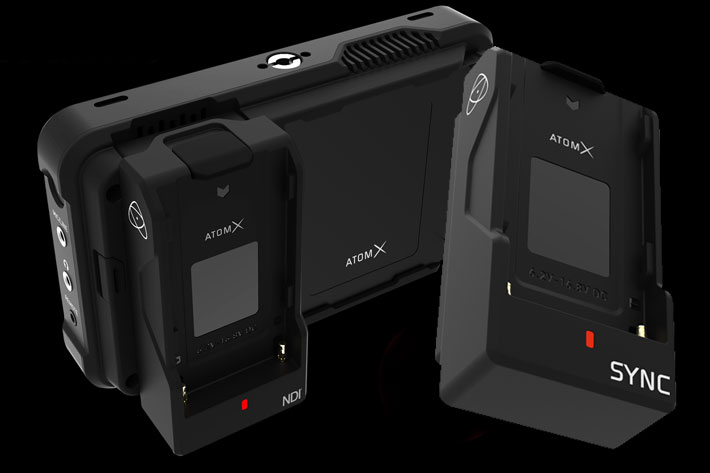 Debuting at IBC 2018, the new Atomos AtomX Sync module for the Ninja V monitor recorder makes your audio and video syncing issues a thing of the past. And there is also the AtomX Ethernet/NDI…

The new Ninja V monitor recorder was designed with modularity at its heart, and to confirm that’s true, Atomos announced at IBC 2018 that the Ninja V is ready to be released, and debuted an expansion system that uses the Ninja V’s  bi-directional high speed expansion port breaking out connectivity for I/O of video, audio and power: AtomX.

The expansion system, said to offer endless scalability is demonstrated by the first of many modules – the AtomX Ethernet/NDI at $199 and the AtomX Sync at $149. Both are important, but let’s look at the second first, because it brings professional, long range, wireless timecode and genlock to any HDMI source, including DSLRs and mirrorless cameras, meaning it is something that everybody will want to have in their kit. There is also simultaneous Bluetooth connectivity for Ninja V app control, and additional sync functionality using Bluetooth to any compatible video, audio device or smartphone app.

AtomX Sync makes it easy to integrate large sensor consumer cameras easily into traditional live productions. All captured video will share a common frame-accurate timecode that can be recognized by all mainstream NLEs. The module docks directly into the Atomos Ninja V monitor/recorder’s modular expansion slot and is fully controlled and integrated with the AtomOS operating system and touchscreen interface.

Professional multi-cam shoots have never been so easy. You can even remotely control and configure countless other Ninja V recorders equipped with the module on the same network up to 300m away. This is a simplest, most cost-effective way to get sync into your workflow.

As productions move increasingly to Log/HDR, the AtomX Sync module allows all Ninja V recorders on set to be correctly set up in seconds – eliminating errors that can cost time and money. Any device can be a master or a slave. It’s as easy as powering on your Ninja V and a few taps of the screen to push your setting to your other units. 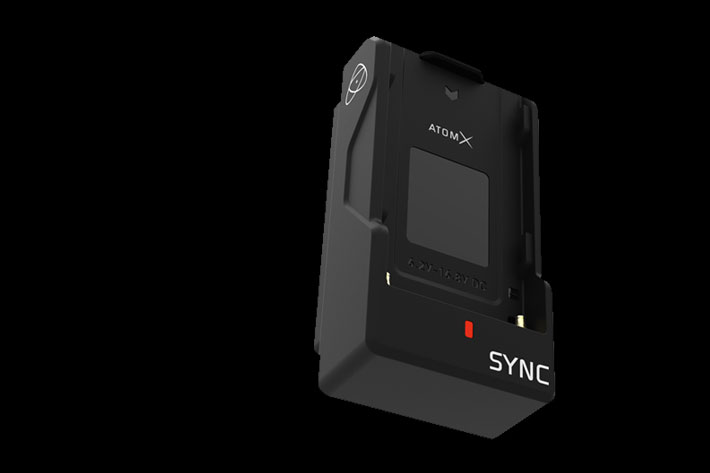 The beauty of partnering with Timecode Systems, says Atomos, is that all their sync products like the :pulse, SyncBac PRO, UltraSync ONE are fully compatible with the AtomX Sync module – so productions large and small currently using their ecosystem can effortlessly integrate Atomos devices. The system is equally at home in large scale multi-camera productions for sporting events and concerts, or simply being used to sync a mirrorless camera to a Timecode Systems equipped audio device for perfect automated sync sound.

AtomX Sync also has a built-in battery extender that allows for continuous power for up to seven minutes when swapping batteries, ensuring uninterrupted operation of the Ninja V during a shoot. 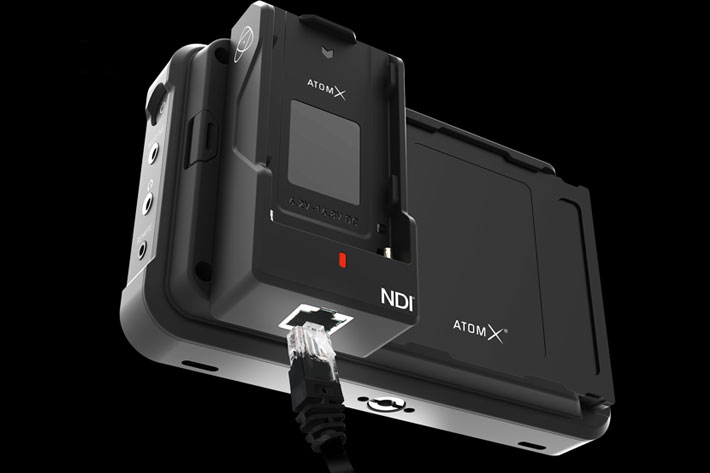 video over IP networks. Newtek’s NDI technology harnesses this – allowing for simple installation and control of multi-camera networks, replacing traditional SDI cabling. The AtomX Ethernet/NDI module has NDI input and output with encode, decode, control and sync, allowing Ninja V users to transmit, distribute or receive and monitor NDI from any NDI source. Simply power on the Ninja V with AtomX Ethernet/NDI module installed, plug in your network cable, and your source will be automatically discovered on the NDI network ready for production.

AtomX modules dock into the battery slot, and multiple modules can be stacked passing power and offering advanced connections and functions. The Ninja V expansion port is a high-speed data interface that supports PCI Express Gen3, USB 3.1, 12G SDI and HDMI 2.0. It is bi- directional and built to carry high quality video, audio and power for practically limitless expansion.

Atomos CEO Jeromy Young said, “The AtomX Sync module clearly demonstrates the power of Ninja V with AtomOS to act as a computing platform that solves real production issues. I’m delighted our team have made modular expansion a reality, actively working with new partners like Timecode Systems that share our vision of improving workflows. Together we can build an ecosystem that really benefits our customers.”