When to use what and how to make the right decision.

What do 80’s rock concerts, weddings and Hollywood films have in common? Many might say crazy clothing, make-up and hair but that’s not what I’m going for in this article. No, I’m referring to the more subtle contributor to ultimate coolness…I’m talking about atmosphere.

“Atmosphere”, otherwise known as haze or sometimes fog is one of Hollywoods favorite tricks for making stunning images even more magical. It’s been used since the dawn of filmmaking time by the biggest and smallest names in the industry and is one of the most cost effective ways to enhance the, well, Atmosphere in an image. Generally filmmakers go for one of two types of atmospheric effects in their shots depending on the scene in question: 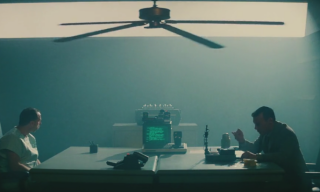 1- Haze, a thin layer of even aerial diffusion filling a set. Haze softens colors, decreases contrast, and shows beams of light traveling through the air without seeming like there is anything actually filling the space. You should not be able to see smoke particles or any kind of patterns moving around in a good haze.

2- Fog or “smoke” is where the smoke elements are obviously visible in the air, this is generally a motivated effect. Fog carries light beams similarly to haze but has visibly thicker and thinner areas and blooms moving around all over the place. Fog can be wafted and evened out to mimic haze but it can also be used as it’s own kind of effect. Some examples where fog could be used are smokey bar scenes, early mornings on a foggy lake, a disaster zone, the list goes on. It’s a more “in your face” effect that definitely has its time and place in cinema. 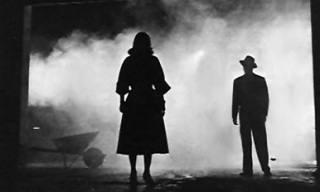 Neither kind of atmospheric effect is necessarily better than the other, they are just two different tools to help you pull your audience further into your world. Using atmospheric effects the right way can convey the feeling, temperature and even smell of a scene. Creatively the possibilities in atmospheric effects are endless so please don’t limit yourselves to the tips given in this article. Play with all kinds of different light sources to see what effects you can come up with on your own. A good place to start would be to use hard light sources such as par, spot or even flash lights to paint beams of light into your scene, then play with soft light sources like fluorescents or book light setups to raise ambient light and make the whole scene glow. See how the effect increases and decreases depending on how much atmosphere you pump into the room, it’s quite fun. The more you haze or fog up a space, the stronger the effects will be and even hard light sources will suddenly not seem quite as hard on your subject as they pass through the diffused atmosphere.

That all having been said, lets delve into the nitty- gritty and see what tools are available and how they can be used to create atmosphere.

There are oil based hazers, water based hazers, foggers (fog/smoke machines), fazers (foggers acting like hazers), and smoke/haze in a can (a poor man’s best friend on small shoots). There may be more solutions out there but these are the most commonly used ones. There are other ways of creating smoke like dry ice, but in my opinion that doesn’t really count as atmosphere as the smoke it creates only travels along the ground. Then of course there’s burning stuff…but I’m gonna go ahead and NOT recommend that.

Note: There has been some controversy regarding  hazers and health questions. I have not done any research of my own on these matters so this article is not going to go into that. I recommend consulting with a professional before you rent or use a hazer or smoke machine. Here is some in depth research for you to look at if you are interested. Give it time to load, it’s a very large PDF. 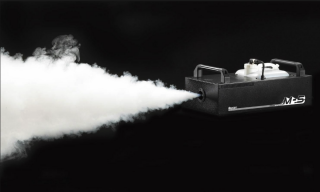 This is the one we all know. The one that shoots massive amounts of white, thick, billowing smoke out of a small nozzle in the front of the unit right into grandma’s face as she does the dollar dance at you’re cousins wedding.

The good thing about fog/ smoke machines is that they are readily available in many consumer stores, they are generally very cost effective and can produce incredible amounts of thick, billowing fog which a hazer can not. Though the thick fog can be a desirable effect sometimes, it can really get in the way if you are trying to get an even, light haze especially indoors where there are often fire alarms to deal with, too. Using a smoke machine to make haze takes quite a bit of valuable set time and almost as soon as you have the perfect level of “haze”, you will have to start all over again as the water based fog dissipates relatively quickly.

There’s no shortage of fog machines as you can see in this countdown video above.

On the other hand, if you are filming a scene in a swamp or in a forest at night, you may want large plumes of fog/ smoke in your shot..just ask Spielberg. He, for instance, uses a lot of “sourcey” fog and smoke effects in his pictures. Keep an eye out for atmospheric effects next time you watch Jurassic Park. Just keep in mind that you don’t want you’re audience wondering why there is fog or smoke in the shot if there is no reason for it to be there. You wouldn’t film a family dinner scene in a dining room and want a thick cloud of fog passing behind the family right as dad is passing the chicken. Haze, however, could add a lot to a dinner scene and if you only have a fog machine available to you, you would want to introduce a little bit of fog at a time and waft it with a flag or piece of foam core until it’s evenly distributed in the room and you can not see any smoke elements whirling around in the air anymore. Once it’s nice and even call action immediately because you’ll probably have time for two short takes and you’re going to have to repeat the process again to maintain the atmospheric effect. You can see how a fogger could become tedious and annoying for long scenes and big sets. Smoke/ Fog machines are the cheapest, most versatile tools for repeatedly creating atmospheric and fog effects on set but they are definitely not the most convenient or precise, especially when the goal is to create an even haze. 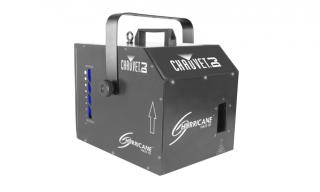 There are two types of hazers: oil and water based. Theoretically, they are supposed to do the same thing but in my experience, oil based haze is the most beautiful, subtle and long lasting. To me it seems more “silky” for the lack of a better word and it definitely lasts the longest in the air reducing the need to run the loud hazer on set and allowing for more filming time. Hazers work differently than foggers, rather than shooting out large billows of thick fog from a small nozzle in the front, both oil and water based hazers produce a light constant myst from a large opening with a fan behind it. It slowly and evenly introduces the atmosphere into the space, making it very easy to judge when enough is enough. One could almost say that it does the wafting for you as the fan disperses the already light myst evenly across the set. Maybe a little bit of wafting is still necessary here and there but it’s nowhere near the amount of work as getting those thick, hard to judge clouds from the fogger to settle down. If you do want thick white plumes you’re SOL with a hazer as it simply can not produce serious billows, fog and cloud effects. The plus side of this inability to produce copious amounts of “smoke” is that hazers very, very rarely set off any kind of fire alarm, making them ideal tools for indoor shooting.

The above video is old and the audio isn’t great but you can get more detail on several different hazer models.

Hazers are also generally more expensive than fog/ smoke machines and oil based hazers can leave some oily residue behind if used extensively in enclosed areas but hazers are generally looked at as the best way to get the kind of atmosphere that subtly fills a set without making it look too foggy or grey. Often the haze itself is almost completely invisible until a light source is shone through it.

Fazers are generally water based foggers with a fan in front of the nozzle that ejects the fog a little bit more like a hazer would but in my experience the result is not much different to a fogger. Most hazers that I have tried or come across still eject large amounts of uncontrollable fog from the front just like foggers and, in my opinion, they are an attempt at satisfying both options but don’t really do a great job at either. I see what they were going for with these but I am sticking with the thoroughbreds.

Smoke/ Haze in a can

One of my favorite tools on smaller productions is Haze in a can. The one I always use is made by a company called Fantasy FX and is the cheapest, best solution for one or two day, indoor shoots where atmospheric effects will be necessary. Another called Atmosphere Aerosol was covered here on PVC.

Though Fantasy FX doesn’t specify on the bottle if its oil or water based, my guess from working with it is that it is oil based, it essentially does what a hazer does minus the blowing through a fan. You can create more fog like effects with it but nowhere near as much as you could with a fog machine. I would recommend to use this mainly for indoor haze, not fog or smoke effects and definitely not outdoors. You will burn through a can in 5 minutes if it’s not contained.

The fog in a spray can in action.

So to sum it all up, haze and fog/ smoke are essentially two different kinds of atmospheric effects and the only one who can determine which one is better is you.

You can also try to make your own fog machine. Is there really anything you can’t make via a YouTube search?

Go out and play with these really affordable ways to improve the look of your footage and always remember that there is no right or wrong way of doing things (unless you set off fire alarms. DJs have been using these things for years and fire alarms can be a factor). Just creative choices. 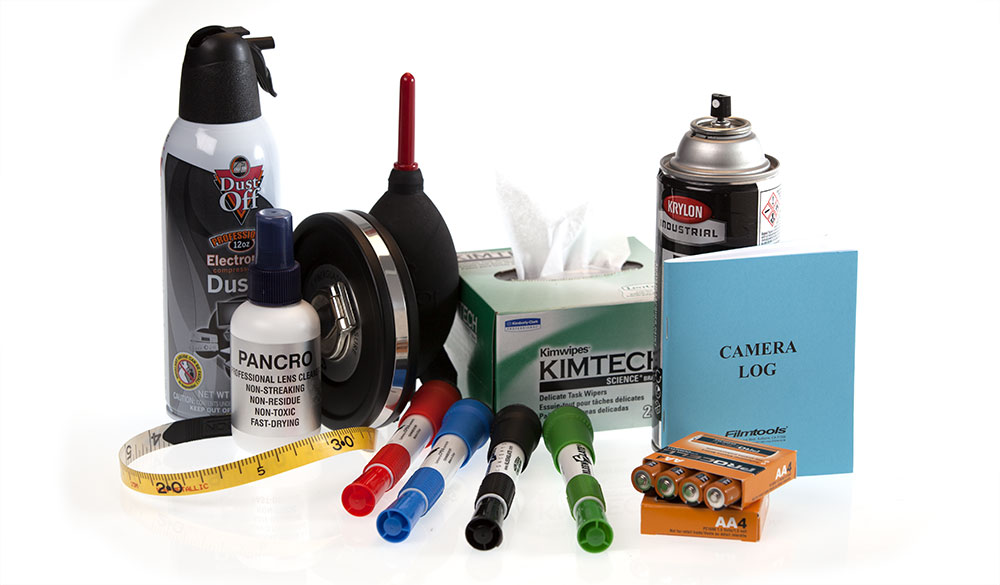