ATEM Constellation 8K live production switcher was used as part of an Ultra HD 12G-SDI and fiber live production workflow at WE Fest, the largest country music festival in the United States and the longest-running in the world. 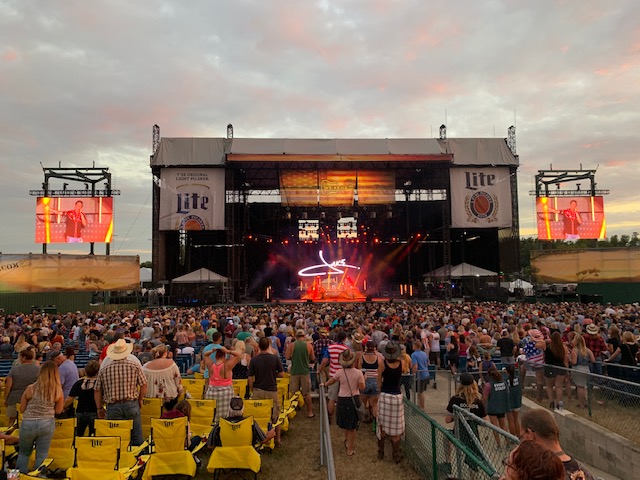 Now in its 37th year, the three-day festival took place in Detroit Lakes, MN, in August 2019 with performances from stars such as Chris Stapleton, Keith Urban, Brooks and Dunn, LeAnn Rimes and more.

The ATEM Constellation 8K is the heart of a new flypack from Pennsylvania based full service video production company Upstage Video, which also includes Blackmagic Design’s Smart Videohub 12G 40×40 router, ATEM 2 M/E Broadcast Panel and more. Built specifically for the concert touring and music festival industry, the Ultra HD 12G-SDI and fiber flypack was responsible for switching and video distribution for WE Fest’s two 17’ x 27’ on stage screens and 12’ x 21’ front of house screen, as well as for closed circuit distribution and simulcasts in the VIP campsites and vendor areas. 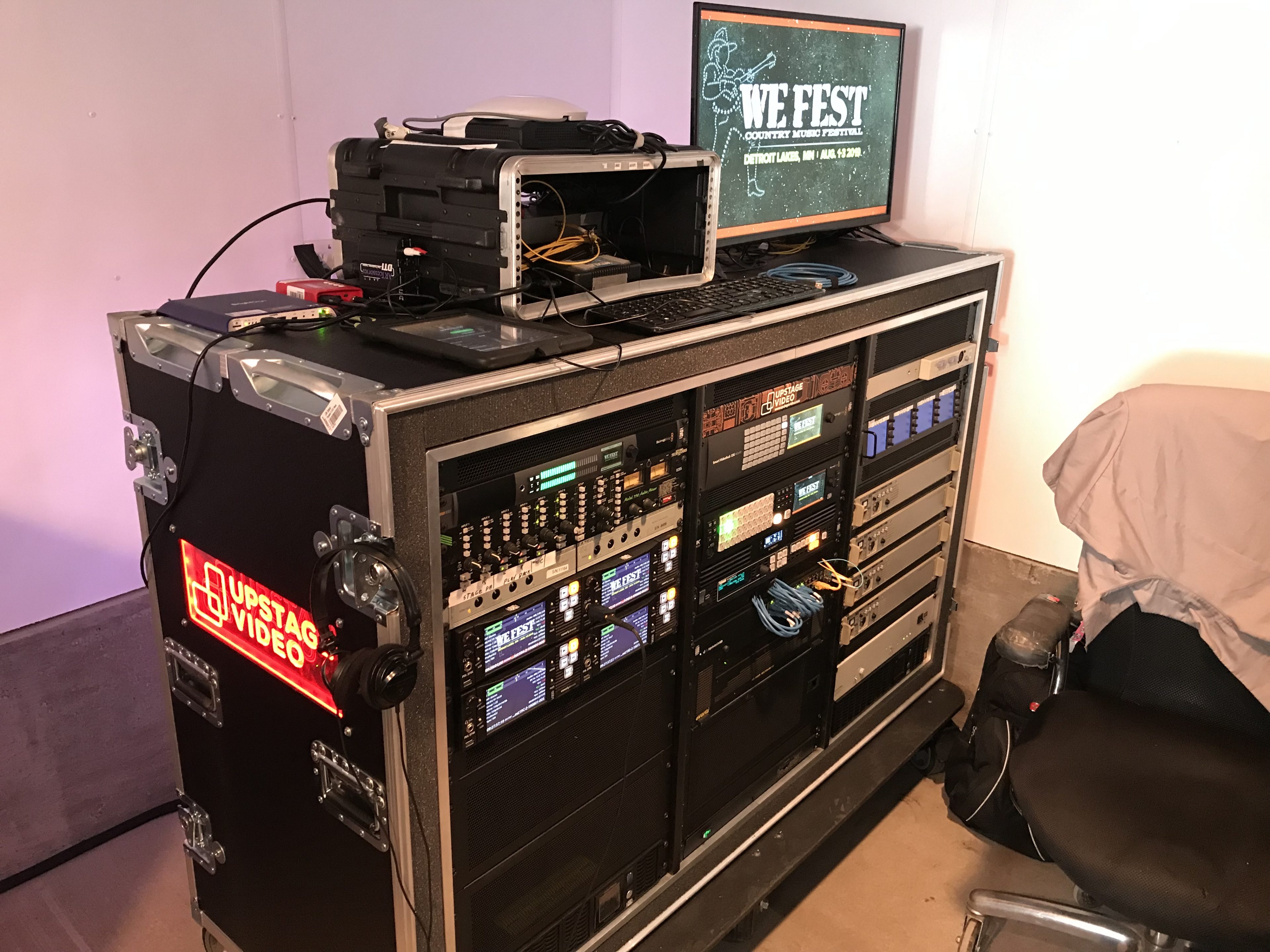 “What’s unique about this flypack is that its modular design allows it to break into three racks with the director’s rack sitting front of house,” explained Upstage Video’s Project Manager Greg Brown. “In the U.S., most directors are typically set up backstage, while U.K. directors typically sit front of house so they can see lighting, etc. However, in the U.S., we’ve been seeing a trend where more and more directors prefer front of house because they want to have the energy from the show and the audience, which is hard to get backstage. It was important for us to develop a flypack that could easily provide a front of house director position with engineering backstage.” 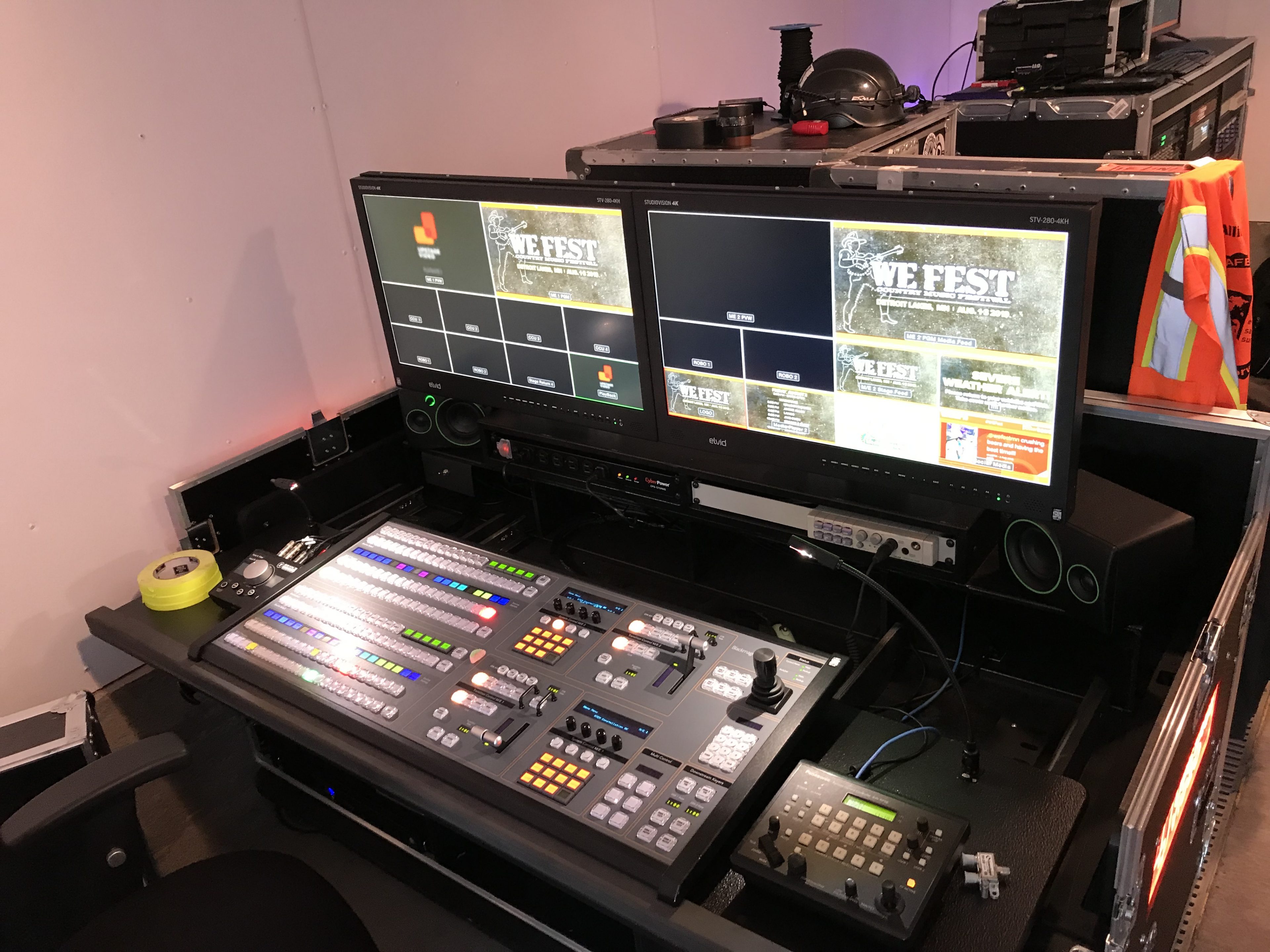 When it came time to design the flypack, Upstage Video needed a switcher that could handle a substantial workflow, but at the right price point. “When we saw the ATEM Constellation 8K, we knew we had to go with it,” said Brown. “The 24 assignable 12G-SDI outputs are huge for us as they help cut back on the amount of routing that we need. We also love the built in Fairlight audio mixer, which was a big help at WE Fest with embedding the analog audio feed from the stage mix into our video feeds for recording, as well as the closed circuit TV feed.”

“Additionally, the ATEM Constellation 8K’s ability to receive any resolution or frame rate and convert it is not only fantastic in its own regard, but also helps keep latency to a minimum,” he added. “Being in live entertainment, having the least amount of latency, ideally less than seven lines of processing delay, is critical, even in the multiviews.” 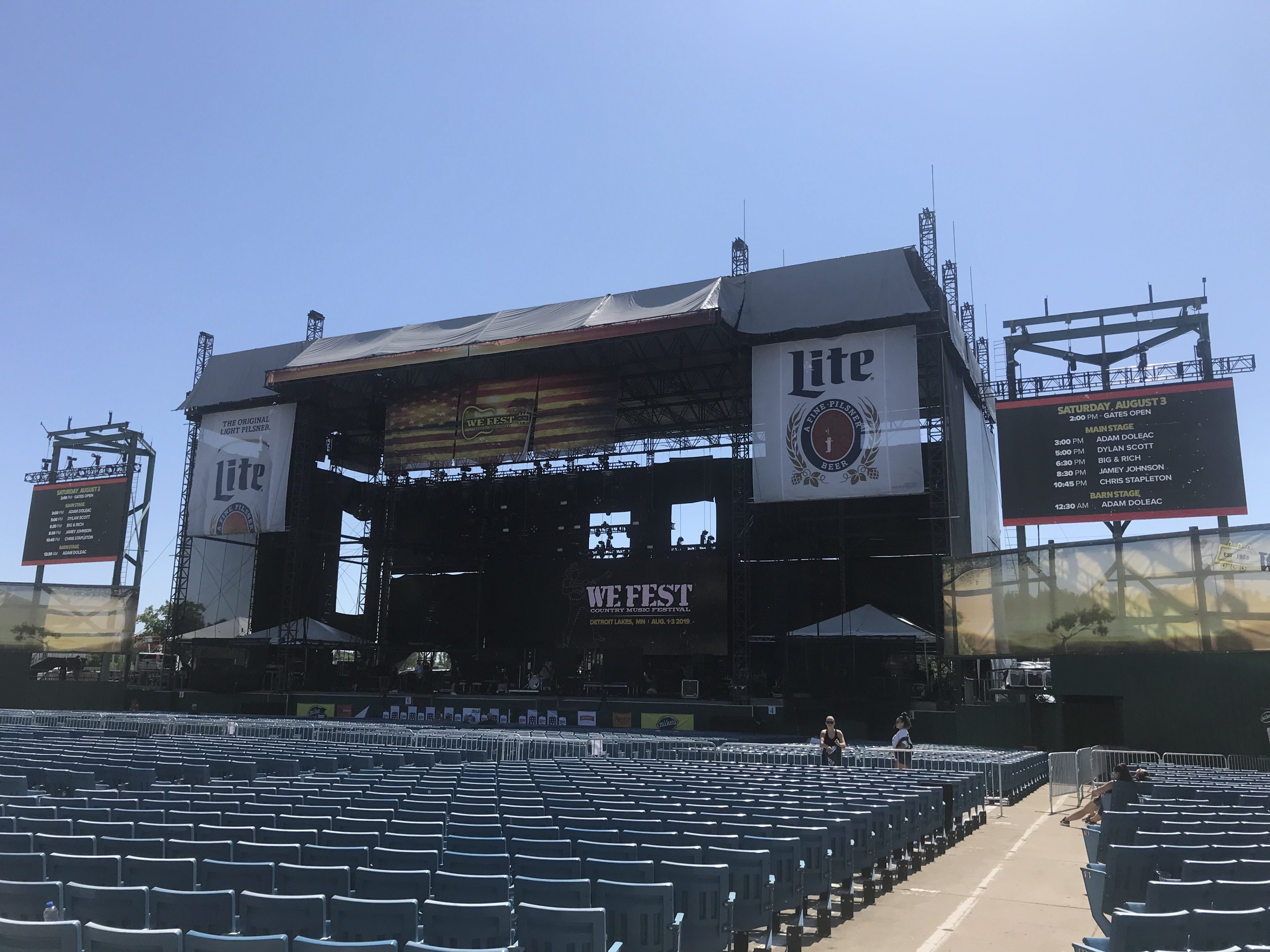 With four to six acts performing daily across the three day festival, coupled with each act having different video needs and setups, preparedness and peace of mind were key. Brown explained, “We do our best to connect with acts weeks before an event, but with folks on their own tours this can be difficult to accomplish. At WE Fest, the ability to have an act’s video director walk in the morning of their show and quickly fulfill their needs helped the director relax and concentrate on switching the show. In this vein, the ATEM Constellation 8K’s ability to receive different resolutions and frame rates and convert them with no outboard gear is ideal. Similarly, with 40 12G-SDI inputs, we were able to patch in every act’s needs in the morning, which eliminated the need to hard patch cables in between acts.”

Another deciding factor was the switcher’s flexibility between HD, Ultra HD and 8K capabilities. “To have 8K service, even if we don’t use it just yet, coupled with the fact that in Ultra HD it’s a completely maxed out switcher, all at that price point, made the ATEM Constellation 8K a no brainer,” concluded Brown. 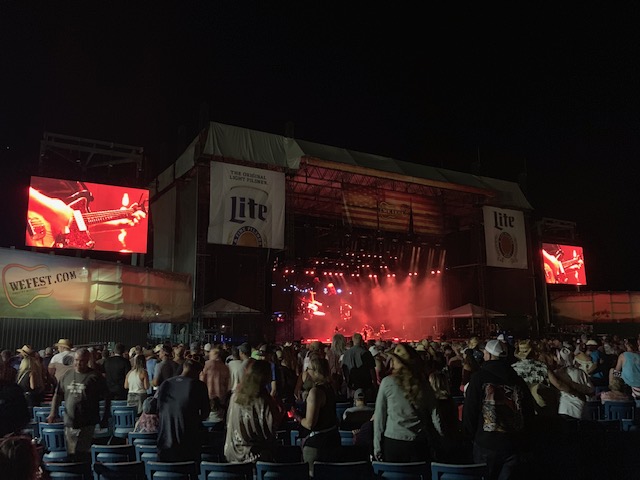