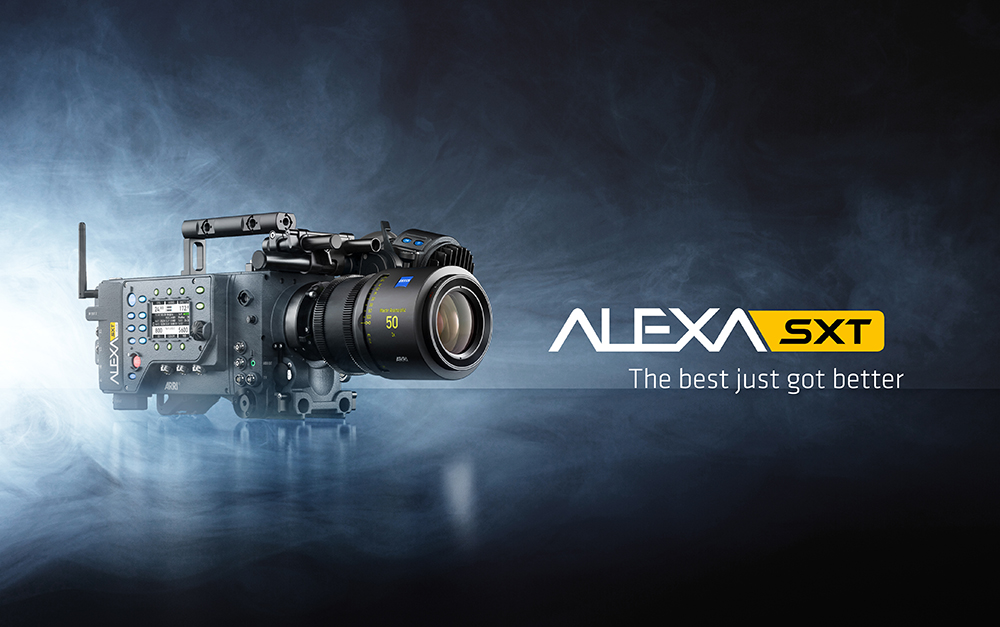 ALEXA SXT cameras keep the acclaimed 3.4K ALEV III sensor of previous ALEXAs and add the state-of-the-art electronics of ARRI’s groundbreaking ALEXA 65 camera. These high-performance electronics combine the latest generation of FPGA processors with a lightning-fast internal backplane and form the basis of a completely overhauled image processing chain, advanced pixel correction and optional noise reduction. This results in a further improvement in overall image quality. Like their XT predecessors, ALEXA SXT cameras retain the unique and popular Open Gate, 4:3 and 16:9 sensor modes, which can be recorded in ARRIRAW or ProRes.

The creation of new, powerful and unique looks has been made possible by utilizing the advanced color management engine originally developed for the ARRI AMIRA camera. Taking advantage of the extremely wide native color gamut of the ALEXA sensor, this new engine allows unprecedented control, which in the end means greater creative freedom for the filmmaker. A new type of look file, the ALF-2 (ARRI Look File 2), contains an ASC CDL (Color Decision List) as well as a 3D LUT (Look-Up Table). The new color management engine can easily match the look of current ALEXA cameras, but also provides the basis for radically different looks. In addition, previewing of looks on set is improved, including the option to use the wide color gamut of Rec 2020 gamma, while dailies creation is made more efficient and final grading made faster. ALF-2 files and the tools that create them are compatible between ALEXA SXT, ALEXA Mini and AMIRA.

To further streamline on-set workflows and deliver what has been asked for by crews all over the globe, ALEXA SXT cameras include three fully independent HD-SDI outputs. This allows, for instance, a Log C image to be used to show the director a pristine image with live grading, a clean Rec 709 image to be fed to video village, and a Rec 709 image with status information overlays to be displayed on the camera’s on-board monitor.

ALEXA SXT cameras are designed to keep up with the growing needs of changing production methods: their powerful electronics offer significant potential for future hardware and software upgrades, illustrating ARRI’s continuing commitment to the future-proof technology concept behind the ALEXA system.

The first ALEXA SXT cameras are planned for release around mid-2015; the full range will comprise ALEXA SXT EV, SXT Plus and SXT Studio models, replacing current ALEXA XT cameras (though the ALEXA Classic EV model will remain in the line-up). ALEXA XT cameras (except ALEXA XT M cameras) shipped between 1st Jan. 2015 and the first shipment of SXT cameras will be eligible for a full SXT upgrade, free of charge.

Concurrent with the ALEXA SXT release ARRI will offer an SXR (Super Xtended Recording) Module upgrade to owners of existing ALEXA XT, XT Plus and XT Studio cameras. The SXR Module upgrade delivers all the features of the SXT cameras, although it might not offer all the future upgrade potential.

The fundamental advantage of the ARRI ALEXA system is its unique combination of the highest overall image quality with the most efficient workflows on set and in post. Based on extensive market feedback, the ALEXA SXT line of cameras further improves upon those qualities, raising the widely-accepted gold standard set by ALEXA still higher.

A third-generation company, ARRI is owned by the Stahl family, who are descendants of co-founder Robert Richter and who in 2012 made a long-term commitment to the industry by buying the share belonging to the descendant of the other co-founder, August Arnold.

Corrected firmware is released by Blackmagic Design to fix a highlight issue found in firmware 6.9.3. Now with Blackmagic...