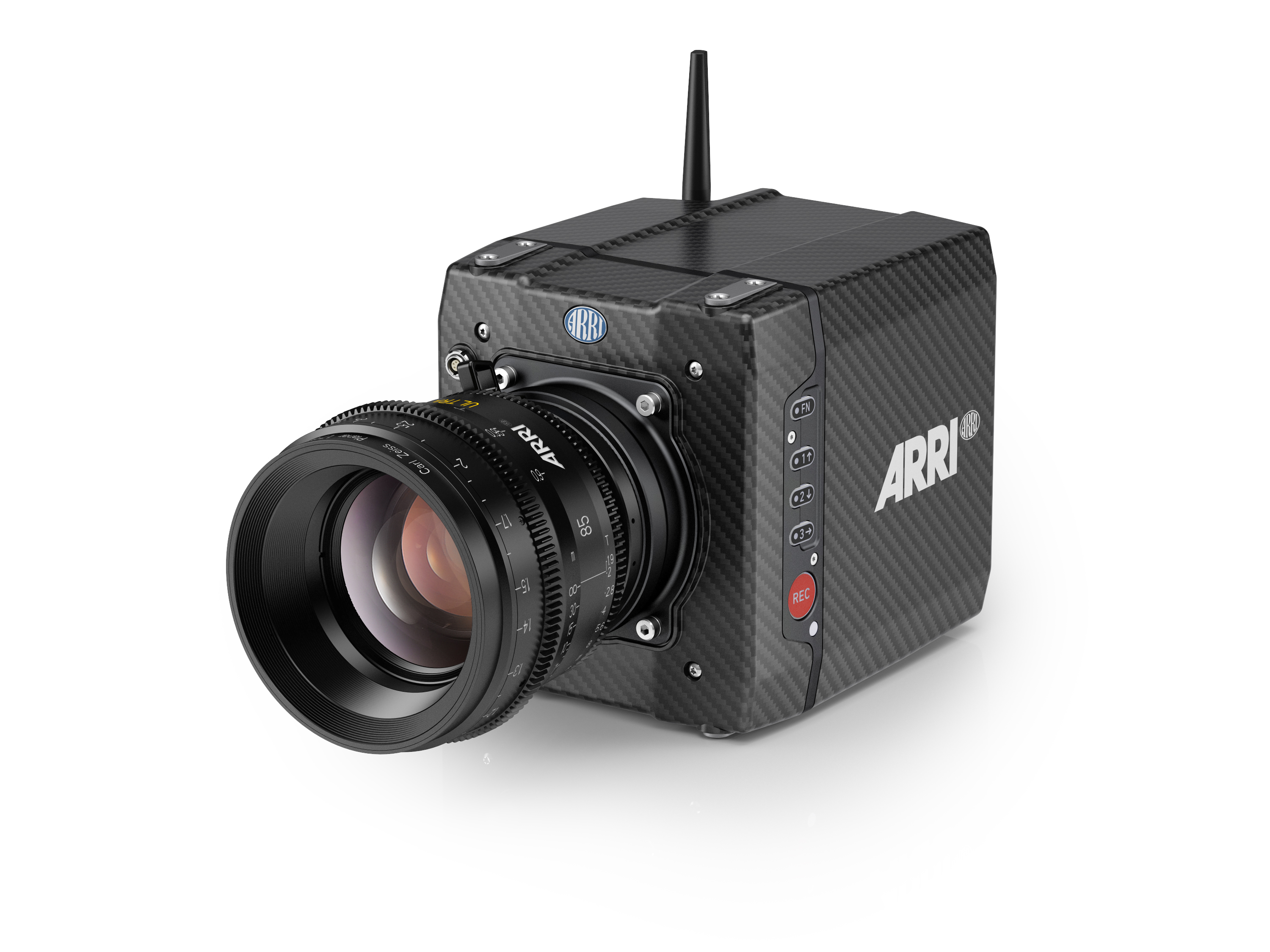 ARRI announces the new ALEXA Mini, a versatile additional tool in the ARRI ALEXA camera range that combines a compact and lightweight form factor with the same unparalleled image quality that has made the ALEXA system a gold standard for the industry. Designed for specialized shot-making, the ALEXA Mini perfectly complements a full ALEXA shooting kit and allows crews to eliminate the complications of working with third-party cameras by keeping everything within a single system that is trusted all over the world.

To maintain ARRI’s famously rugged build quality in a small and lightweight camera, a number of unique design solutions have been incorporated. These include highly integrated and environmentally sealed electronics, a lightweight carbon housing and a solid titanium PL mount that connects directly with the new internal sensor mount to ensure a super-stable flange focal distance, even when using large lenses. Nimble in use and hardy on set, the ALEXA Mini is a go-anywhere tool, easy to transport in backpacks or as carry-on luggage.

The ALEXA Mini can be operated in a number of ways: by wireless remote control, as a normal camera with the ARRI MVF-1 multi viewfinder attached, or with an on-board monitor and controlled via the user button interface on the camera body. Light enough to be comfortably held at arm’s length in a hand rig, its compact size and extremely quiet operation also make it ideal for tight shooting conditions. The symmetrical design permits filming in any orientation, including upside-down and in portrait mode, while multiple accessory points enable highly creative mounting solutions. In addition, the ALEXA Mini’s interchangeable lens mount can be replaced with any of those designed for the ARRI AMIRA, allowing the use of B4 video and EF mount stills lenses.

Equipped with a 4:3 sensor, automatic de-squeeze mode for anamorphic productions and frame rates of 0.75-200 fps, the ALEXA Mini records ProRes or uncompressed ARRIRAW either in-camera to CFast 2.0 cards or to a specially-designed external Codex recorder that can record image streams from up to four ALEXA Minis simultaneously – a compelling option for multi-camera setups such as 360° plate shots.

Images from the ALEXA Mini will perfectly match those from all other ALEXA cameras, making the final grade easier and quicker.

Integrated functionality is at the heart of the ALEXA Mini’s efficient and self-contained design. A built-in lens motor controller allows new active lens motors to be connected directly to the titanium PL mount, while ARRI Lens Data System (LDS) technology provides frame-accurate metadata that can save time and money both on-set and in post. Wi-Fi connectivity means that iOS or Android devices can be used to remotely control camera functions such as the motorized internal ND filters, which permit rapid responses to changing light conditions without adding bulk to the camera configuration.

The body design is optimized for use with new-generation brushless gimbals, multicopters and other specialized rigs. It is compact enough in the lens direction to allow the use of standard PL mount lenses even on lightweight and space-constrained rigs, such as gyro-stabilized aerial systems. The camera’s superb low-light performance makes it perfect for underwater work; dedicated underwater housings are currently being developed by leading manufacturers.

Like the ARRI AMIRA, the ALEXA Mini can record 4K UHD ProRes images, facilitating real-time 4K UHD output and simple pipelines for high-resolution deliverables. More importantly, the Mini and all other ARRI cameras with the ALEV III sensor offer unrivalled overall image quality by focusing not just on spatial resolution, but also on other parameters such as colorimetry, skin tones and High Dynamic Range (HDR). This is equally true whether the chosen output is HD, 2K, 4K UHD or one of the native resolution outputs like uncompressed ARRIRAW 2.8K or ProRes 3.2K, ensuring that images captured with the ALEXA Mini are future-proof, whatever new industry standards emerge.

The ARRI ALEXA Mini is scheduled to begin shipping in May 2015, with orders being taken from March. A prototype of the ALEXA Mini will be on show at the British Video Expo (BVE) from February 24-26, 2015, in Booth J30.

A third-generation company, ARRI is owned by the Stahl family, who are descendants of co-founder Robert Richter and who in 2012 made a long-term commitment to the industry by buying the share belonging to the descendant of the other co-founder, August Arnold.