Photographic excellence is not an accident or a fluke it is a habit developed. 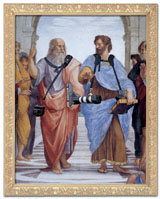 “We are what we repeatedly do. Excellence, then, is not an act but a habit.”

Some time back I met with some friends of mine for coffee. One of my buddies tossed out this quote he’d recently read in a runner’s magazine of all places. He thought it might spur some challenging conversation. We were discussing this more from a spiritual bent and how this effect our life, work and art. So, now I offer you the same.

“We are what we repeatedly do. Excellence, then, is not an act but a habit.” Aristotle

The first part of this is really the premise and the second part the application. The premise is “We are what we repeatedly do.” A lazy man derives his title because he’s lazy. A hard-working man, the same. A painter or a photographer because that is what they do. Maybe this is the case for you, do spend more time taking photos than just about anything else or is it just a weekend hobby for you? What makes this difficult for me to hear is I spend more time writing a blog, tweeting, working with Lightroom and keywording photos than taking photos. But then, just maybe, that’s what a photographer is these days or maybe, that’s what a working photographer is (I hesitate using the word “professional”.) How much time are you actually spending on your craft? Most photographers I know are almost addicted to taking pictures. They can’t help but, it’s in their blood, “it’s what they do”, thus it is what they are. I worked with a guy that used to say, “if you want to know someone’s real values, you watch how they spend their time (not listen to their opinions or posturing). Ouch!

“Excellence, then, is a state concerned with choice, lying in a mean, relative to us, this being determined by reason and in the way in which the man of practical wisdom would determine it.”

Now there is a lot of words! But I think he is saying, you are excellent at something when you have the means to be able to choose to do it well and to do that thing well over and over again. He doesn’t just leaving it there, the last part says “in which the man of practical wisdom would determine it.” In other words you’ve made right choices by what you know and the results are excellence. This ability to choose excellence time and time again, gives you the moniker of excellent at your craft.

So, how do you achieve excellence so that you can choose it? Aristotle answers that as well, when he says, “Excellence is an art won by training and habituation.” (interesting that he calls excellence an art.) This one is pretty straightforward. You train at being great and you make it a habit. This kind of goes back to the whole Zen aspect of things we’ve talked about before. You do something over and over again until it becomes a part of you and you can do it without thinking about it. I’ve had several e-mails lately asking about composition and how do I frame an image etc. The fact is, most of the time I don’t think about it, it just comes naturally when I put the camera to my eye. But it wasn’t always that way. I had to work at it. I used the rule of thirds to train me. I use the concept of visual weight to beat my creative eye into submission. I consciously thought about it while framing images, over and over again until now it just happens. Wax on, wax off. Take off the jacket. Drop the jacket. Hang the jacket. Are you working at becoming an excellent photographer? Don’t think it will just come easy?