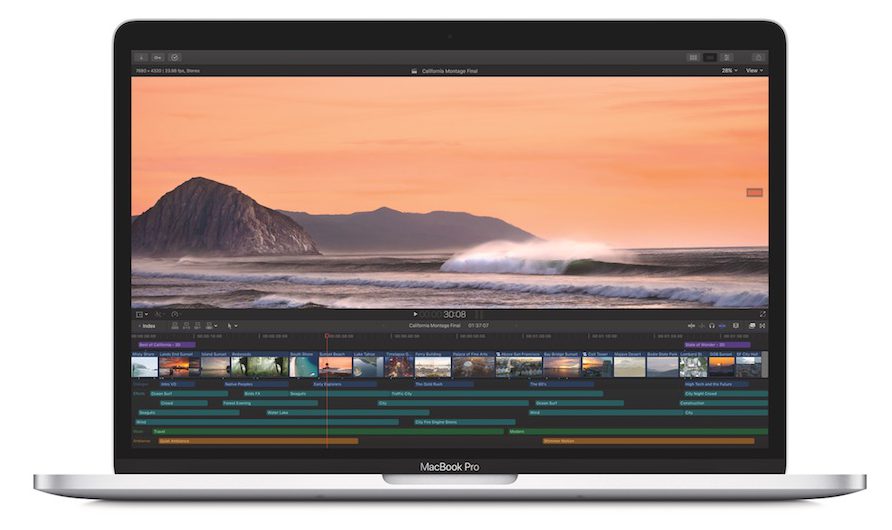 NAB 2018 will see an update to another NLE as Final Cut Pro X will hit version 10.4.1. This comes just a few months after the big 10.4 update that brought new color tools among the major new features. This is an incremental update with a few noteworthy features including closed captioning tools, enhanced exporting options for Roles, an updated Compressor and what I think might be the most noteworthy feature in a while as far as Apple pro video goes, a new ProRes flavor in ProRes RAW.

Closed Captioning is an important addition as it’s becoming more of a requirement beyond broadcast regulations for things like social media. While sites like YouTube can do automated captioning, clients might want a more exact text-translation of their video for YouTube or Facebook. Captioning for Facebook can be tricky so more built in tools to help with captioning across the board are welcome. Alex4D has some good info on the new CC features as well. 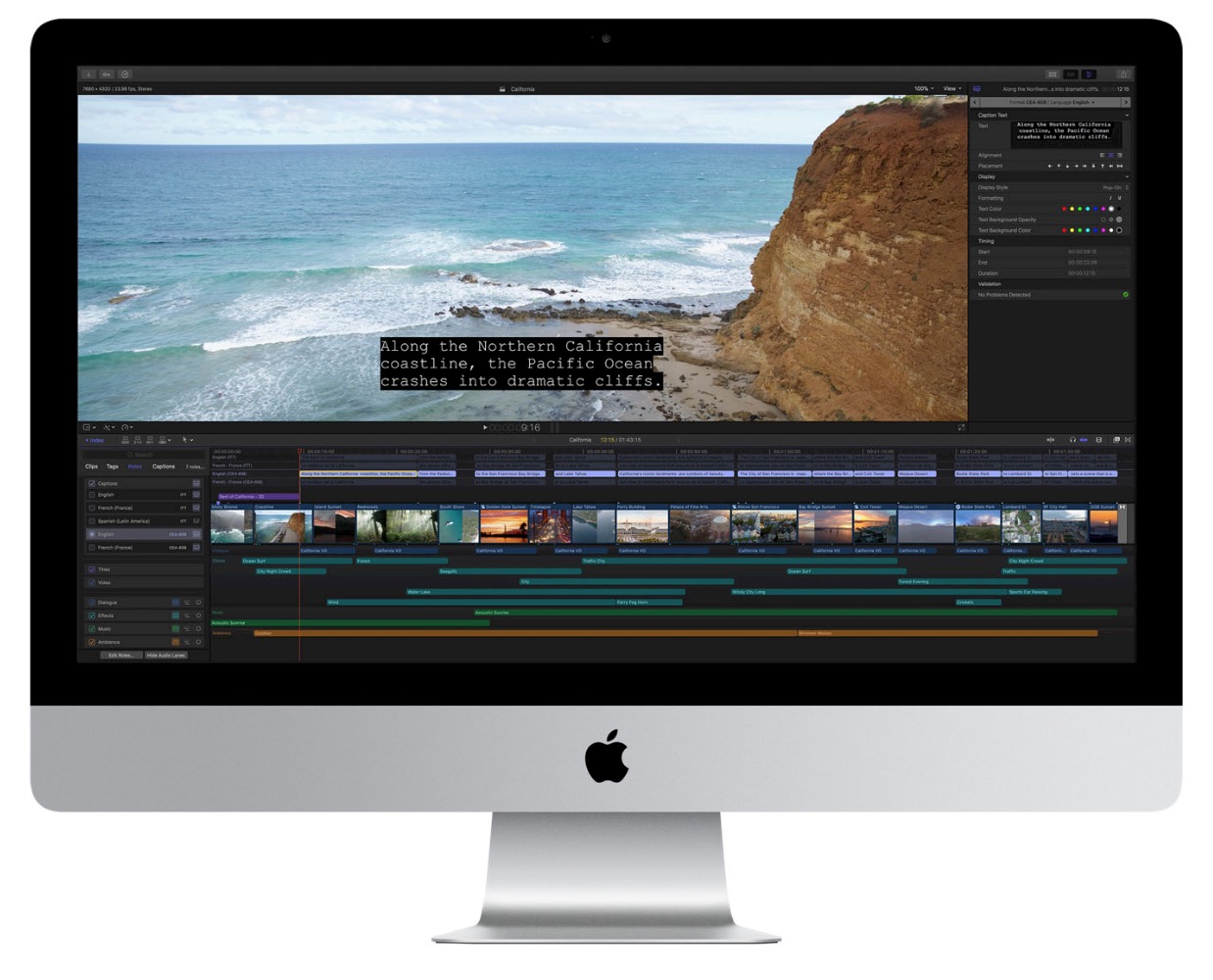 Looking at the image above, FCPX 10.4.1 will add these new captioning tools in the timeline, inspector and the timeline index. Apparently you’ll be able to connect the captions not just as a normal Connected Clip to video but right to audio clips as well. This will be nice as there are many times when your captions are reflective of voice over or audio clips that have been covered by b-roll. You’ll basically be better off with captions attached to audio instead of video because that is what they will reflect. Connected Clips and the Magnetic Timeline will come in handy here so when you move the audio the caption data goes with it. Here’s a bit more from Apple about the new captioning:

Create – Import an existing caption file to your project and Final Cut Pro automatically connects each caption to the corresponding video or audio clip in your timeline. You can also create captions from scratch in multiple languages and formats. The viewer displays text in real time, so you always see the latest version of your captions as you work.

Edit – Attach captions to connected audio or video clips in the timeline, so they move in sync with your edit. It’s easy to adjust text, color, location, and timing in the captions inspector. The enhanced Timeline Index lets you quickly search and select captions, or use caption roles to instantly switch between different versions. And with built-in validation, Final Cut Pro instantly warns about common errors, including caption overlaps, incorrect characters, invalid formatting, and more, so you can correct issues as they arise.

Deliver – Export captions in the industry-standard CEA-608 and iTT (iTunes Timed Text) formats, with the option to embed captions in your video file or create a separate sidecar file. Captioned videos can be shared directly to YouTube and Vimeo. And you can send your project to Compressor so that it includes captions in a batch or an iTunes Store package.

This was a bit of a surprise to me but a welcome surprise as ProRes is such a great codec for post-production and I, as an editor, welcome our ProRes overlords. I’ll admit that I don’t understand all that much about the geekiness of under-the-hood codec programming (I don’t have to, I just want to edit with it) I just know that I can feel the goodness of a great intermediate codec when I’m editing. I’ll take proper ProRes over any camera original codec almost any day of the week. I never thought that you could provide ProRes compression with raw camera data as that seems to defeat the purpose of “raw” camera data but as I said I don’t understand how all that voodoo works. But I do understand this chart: 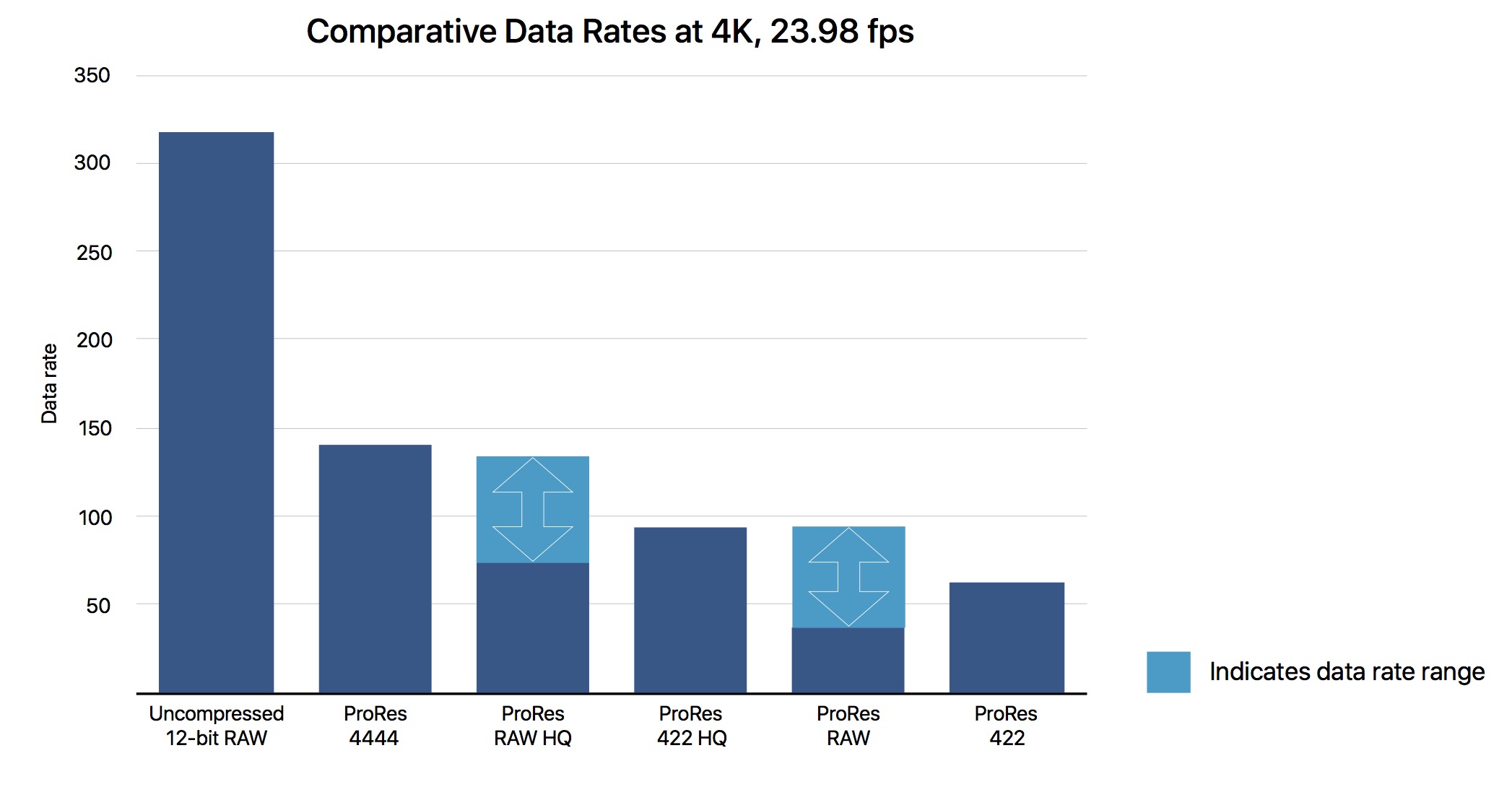 That’s some amazingly low data rates that will allow for some fast transfer times and even faster editing. It looks like these new ProRes RAW data rates will be variable and according to Apple: “images with greater detail or sensor noise are encoded at higher data rates.” An updated ProRes white paper (check out Adam Wilt’s post about ProRes RAW for more info and a link to the white paper) is forthcoming and I’m sure all the geekiness one wants to consume about ProRes will be there for the reading.

A few benchmarks that Apple provided: 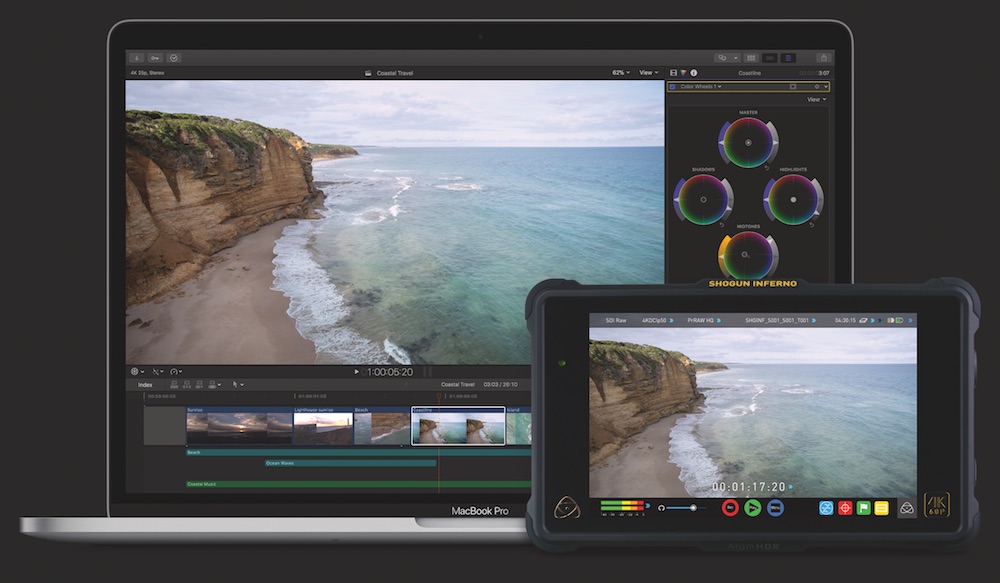 ProRes RAW is something that will be supported by equipment vendors in their products. The early partners will be Atomos with the Sumo 19 or Shogun Inferno, through a free firmware update. DJI will support ProRes RAW in the Inspire 2 drone with its Zenmuse X7 camera via a “RAW activation package.” There are no camera vendors supporting ProRes RAW yet but I can’t imagine that won’t be far behind. I hope that won’t be far behind.

That begs a question, will we ever be able to use ProRes RAW clips in Adobe Premiere Pro, After Effects, Avid Media Composer, Resolve or any other post-production applications? I would think so since it’ll probably be licensable like the rest of the ProRes family. It would also be nice to encode ProRes natively on Windows in our Adobe apps!

This new FCPX 10.4.1 will also get a new Roles in the sharing pane on file export. It’ll offer a lot more granularity on what happens with Roles when you export the file. 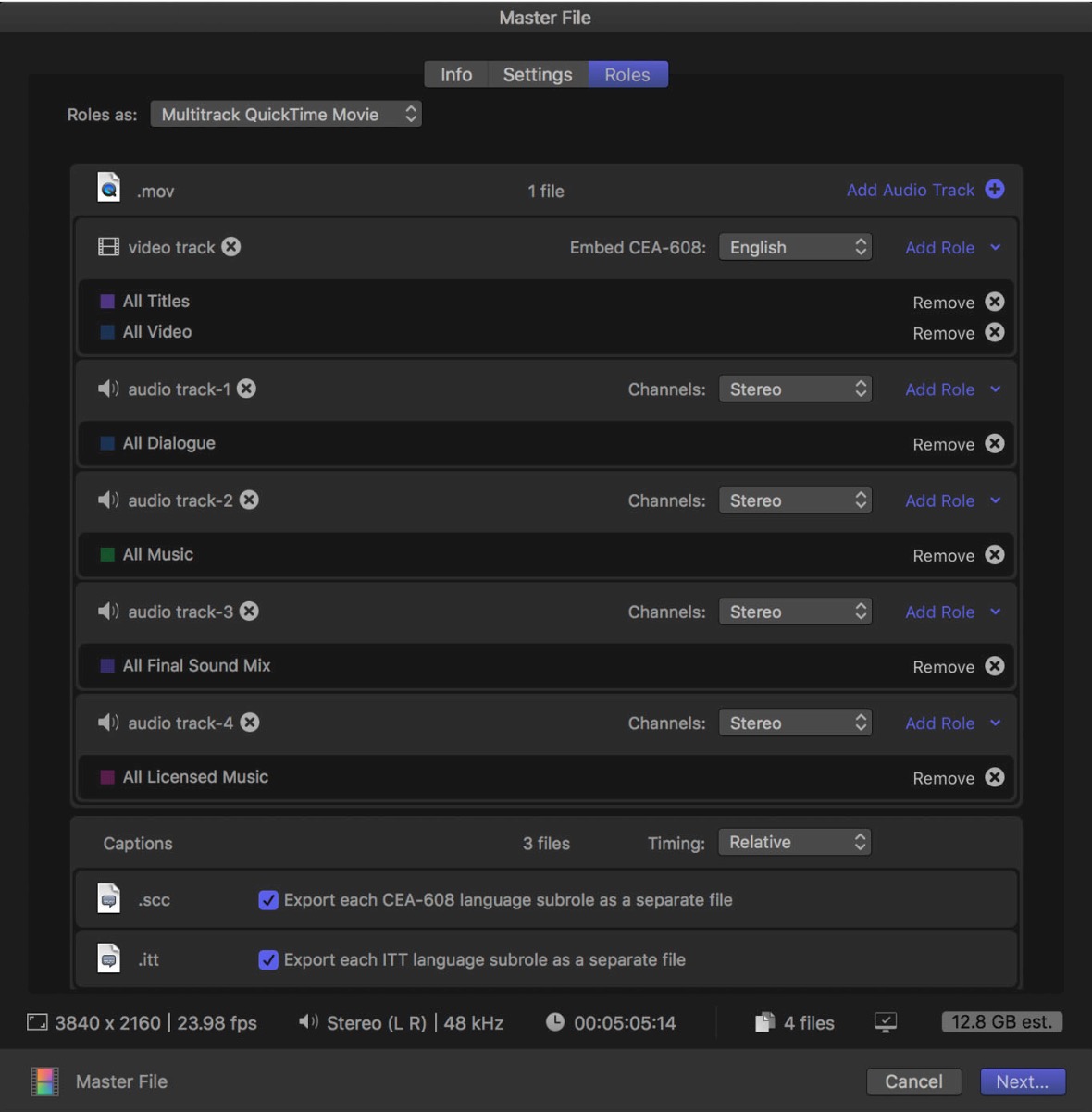 This Final Cut Pro X10.4.1 isn’t huge but it’s way more than just a maintenance fix or bug update. And with ProRes RAW the update extends beyond just FCPX. What’s also significant is it’s the second feature release in four months. This is some pretty rapid FCPX development we haven’t seen in quite some time. Apple also said that FCPX now has over 2.5 million seats out in the world. That’s a lot of FCPX-ing.