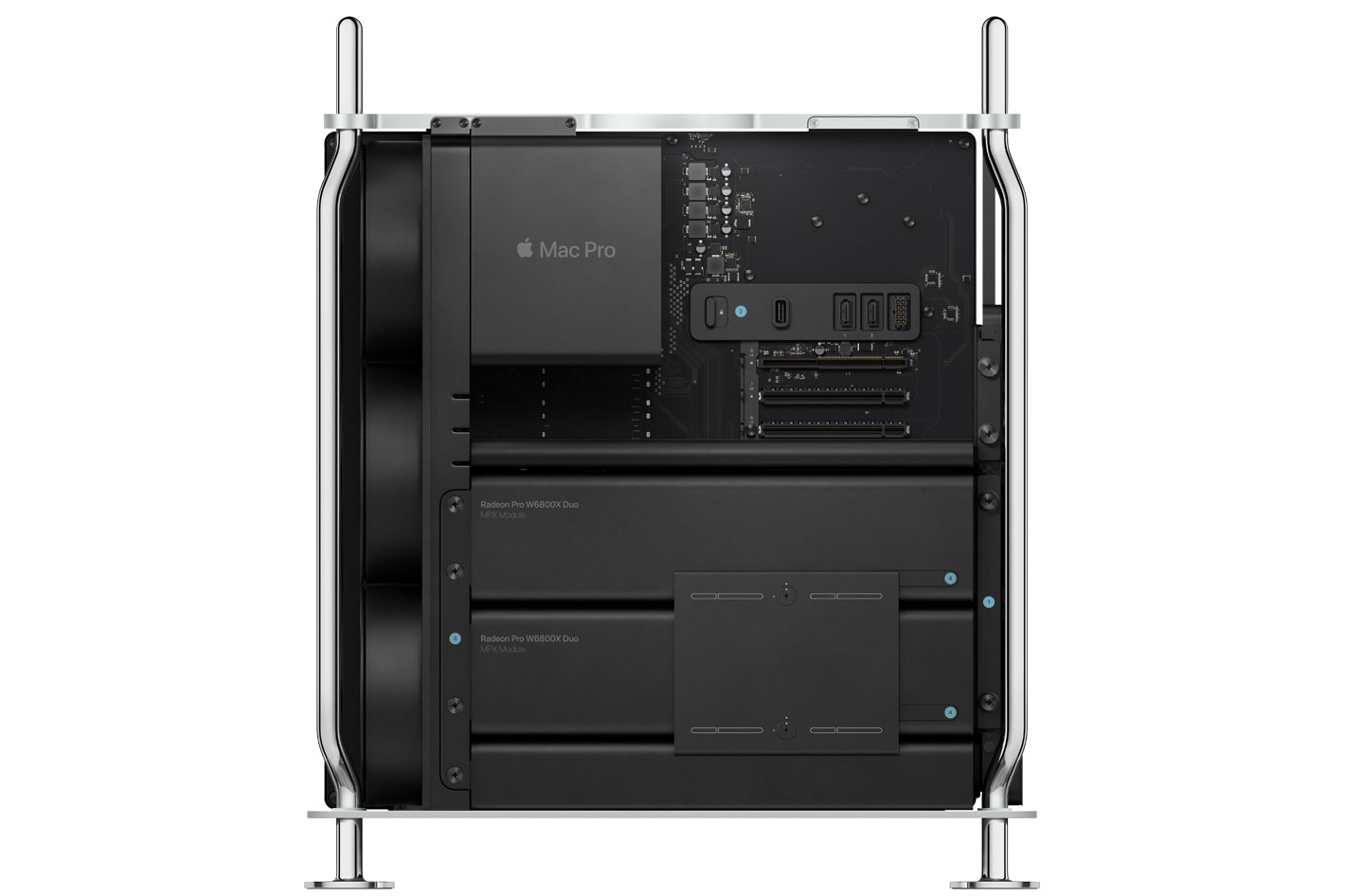 What’s 23% faster in DaVinci Resolve or 84% faster when running Octane X? A Mac Pro with the new modules based on AMD’s Radeon Pro W6000-Series GPU, now available in three variants.

In fact, Mac Pro was architected for multiple modular GPUs to enable configurability and upgradability, as the typical industry-standard double-wide GPU card has many challenges. First, the thermal systems, especially on-card fans, weren’t designed as part of the overall system thermal architecture. As Apple notes in a document that explains the system and the choices made, graphics cards “are often loud and not well-managed. In multi-GPU systems, the fans can actually compete with each other for airflow, impacting performance. Second, the AUX power requirements make GPU cards more complicated to install. Third, they don’t enable Thunderbolt, either on-card or in the system. So, Thunderbolt isn’t native on the card (and if it were, it would steal from the GPU PCIe bandwidth), and there is not a good solution to route DisplayPort video from the GPU into the Thunderbolt controllers without additional cables and complexity.” 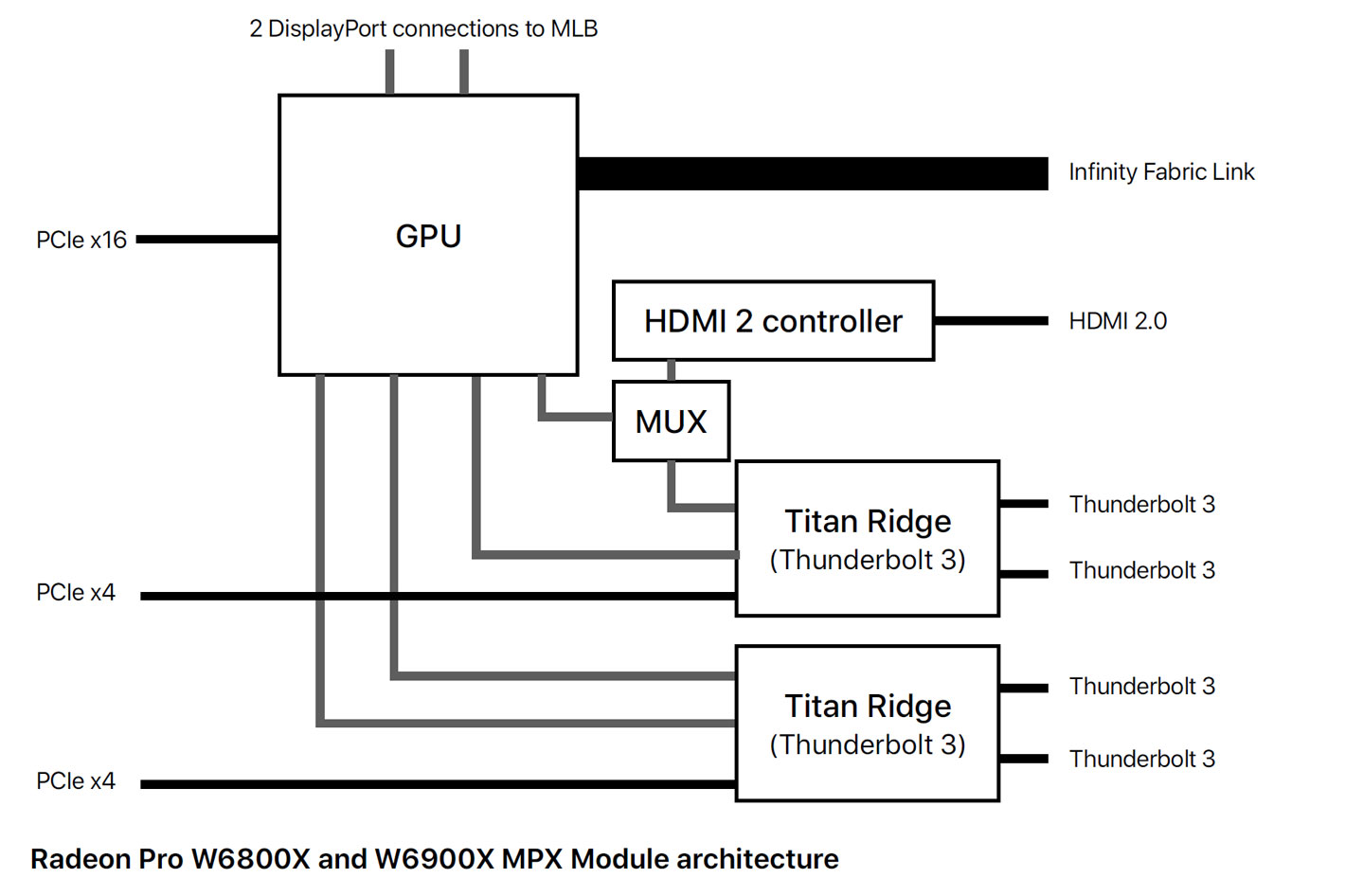 Mac Pro has system support for two MPX bays, enabling two GPU modules in the system for up to 1000W of graphics power. When a half-size MPX Module is installed, an extra double-wide PCIe slot becomes available—with x8 bandwidth in the lower MPX bay, and x16 bandwidth in the upper MPX bay. Further, because MPX Modules are based on the industry-standard PCI Express, off-the-shelf graphics cards can be installed as well. Each MPX bay can support two doublewide cards and up to 300W of AUX power via two 8-pin connectors on the MLB. Mac Pro will offer a range of GPU performance for pro customers. 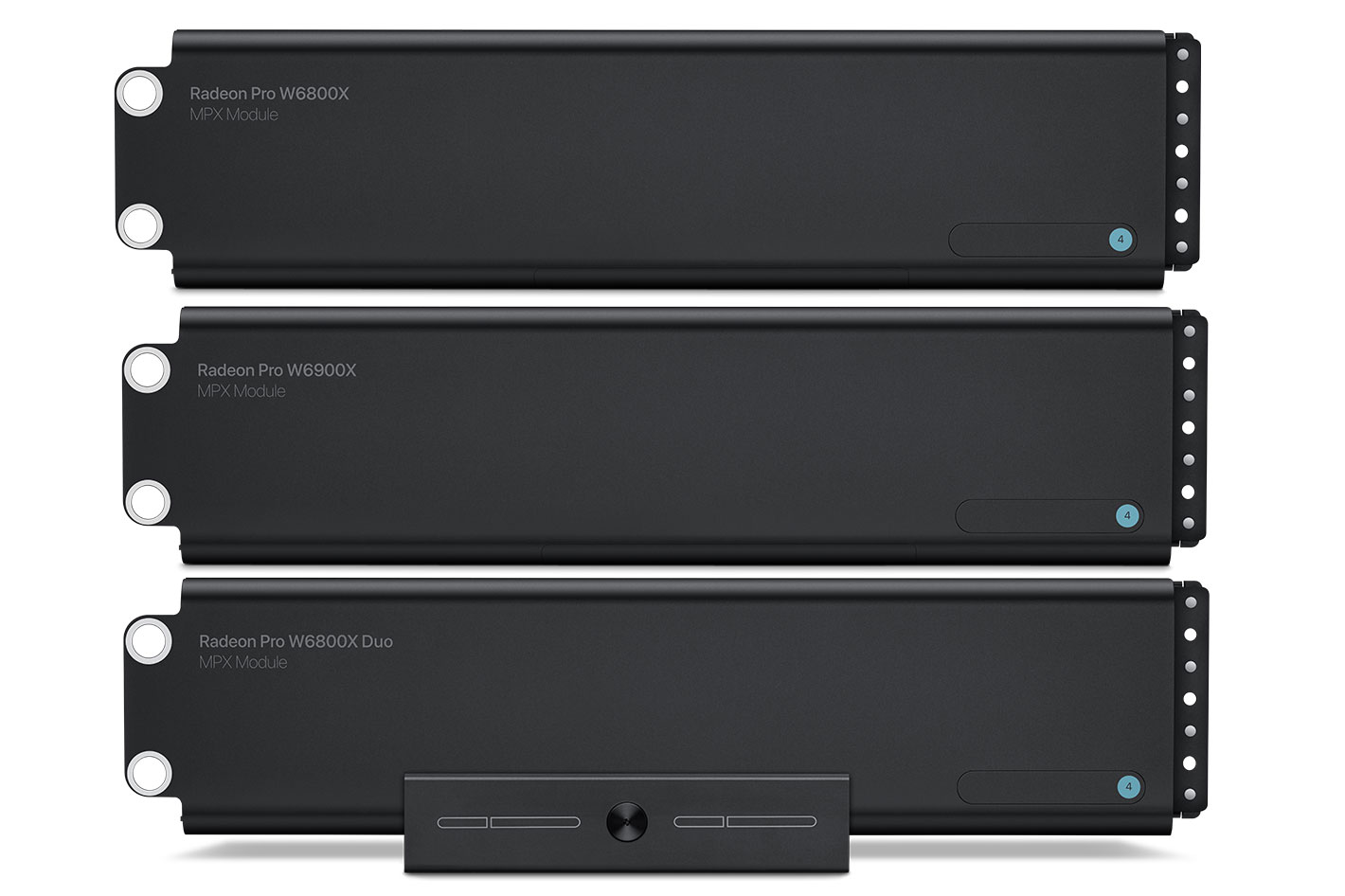 5x faster than the PCIe bus

Here are some of the key characteristics of the three new graphics card modules for Mac Pro shared by Apple:

The new graphics modules will be sold both as a configure to order option when purchasing a new Mac Pro or as standalone kits for existing Mac Pro customers who would like to upgrade. The AMD Radeon Pro Vega II MPX Module and AMD Radeon Pro Vega II Duo MPX Module will no longer be available as a configurable option but will remain available as a standalone kit to existing customers.