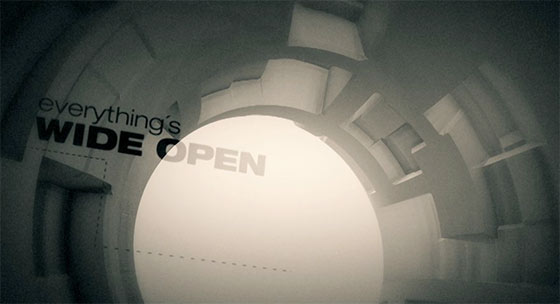 You can find a fuller survey of resources in Trapcode Mir: a new plug-in for After Effects here on PVC, but here’s Peder Norrby’s TRAPCODE MIR quick walkthrough and some of what can be done in Mir, which is in some ways similar to Trapcode Form and Rowbyte Plexus:

In a new beginners’ course, 30 Days to Learn Adobe After Effects, VinhSon Nguyen uses “practical demos and walks you through the basics of AfterEffects on up to advanced editing techniques.”

Paste Multiple Keyframes is a new AE script that lets you copy and paste keyframes from multiple layers at the same time. Some say that sound is half the experience, but perhaps not in this case:

Video Copilot Element 3D, the new 3D plug-in, marches on with an update and a few big tutorials from Andrew Kramer, 3D Truck Composite (a 3D truck added to live action with 3D camera track) and Environment Tips (on control of 3D backgrounds). You an find additional resources in Element 3D: new After Effects plug-in at PVC. Here’s some E3D environment tips:

Recall Titles Using Element 3D by VinhSon Nguyen looks at some basic features of Element for creating 3D titles. See his extra tips too including a reminder about his Creating a Glitch Effect in After Effects at CreativeDojo.

Ash Thorp posted some examples of HUDs + GUIs designed by him and animated by Ryan Cashman for the movie Total Recall.

T-RECS (Timelapse Recordings) posted Tutorial: Creating a “Vertigo-Effect” in a Timelapse Shot with After Effects and Tutorial: Bird removal from a Timelapse Sequence in After Effects. See also the excellent reducing flicker for stop-motion animation and time-lapse photography by Benjamin Markus on the AE team blog. Here’s the former item, on the dolly zoom camera effect:

RiverCityGraphix posted After Effects Tutorial: Kinetic Typography (Swinging, Drop Down, Y Rotation). You’ll have to go to the end to preview the effect.

Creative Bloq has a REVIEW: Plexus – next-gen plugin for After Effects by Mike Griggs, and Kinect Progress feathures experimentations with RGBD Toolkit and Processing / Cinema 4D / Plexus with footage from the Kinect (audio is not good for work, or elsewhere). Of related interest is Kinect Mocap -> After Effects + Plexus + Particular, the result of a kinect-based mocap program, developed by Motion Boutique, “that exports a script for after effects with animated nulls on each joints of a skeleton.” Here’s a related use of Plexus, by Colin Rozee:

In Red Giant TV Episode 83: Superpowers – School of Rock, Seth Worley “shows you how to stop a thrown rock in mid-air and make it float using nothing but willpower (or After Effects and some plug-ins).” See also 125. Grenade Throw by Andrew Kramer. And in Red Giant QuickTip #68: Seamless Tunnels in Trapcode Mir, Aharon Rabinowitz “shows you how close up the mesh to create a seamless tunnel in Trapcode Mir.”

Kevin Monahan has some Alternatives to the jog shuttle controls in Premiere Pro CS6, which discusses the loss of the jog/shuttle UI, and fallback to and drawbacks of J-K-L scrubbing in Premiere. In addition to the J-K-L Trim video by Maxim Jago in that article, see 4 videos on Premiere Pro CS6 Techniques by Andrew Devis on Trim functions, starting with tutorial 20 Trim Monitor through 23 Dynamic Trimming: