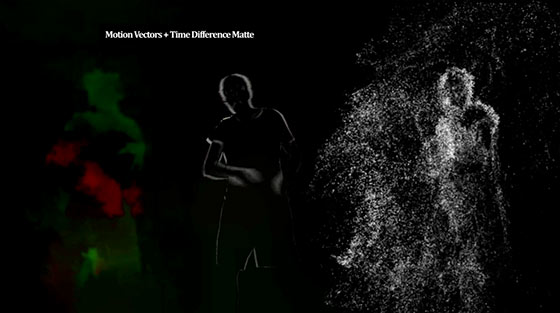 Jonny Elwyn reminded us of How to create the perfect key, on SpliceVine’s August series on keying and matting by Jeff Foster. Here’s Jeff on Best Practices in Software Keying from his Video2brain course “Fundamentals of Compositing, Tracking, and Roto Techniques with After Effects:”

Angie Taylor notes a Review of ‘After Effects CS6: Learn by Video’. Here’s a sample from that Video2brain course, Slowing Motion, Freezing a Frame, and Reversing Time:

Michael Hofer posted How To Use The Amazing Free New Preset “Cover Flow” at AEtuts. Cover Flow is the cover art UI effect made popular by iTunes. The new preset has “options to change the result like adding randomness to the position of the layers, adding blur to fake a depth of field and so on.” By the way, FxFactory offers free Mac-only plug-ins with the trial install, including CoverFlux. If you’re on Windows, another easy way to do the Cover Flow effect is with an After Effect project by Paul Tuersley; you just have to animate some sliders. See also a free project from Alex “dinners” and a tutorial by Mattrunks, Effet Coverflow 3D automatique sur After Effects, which includes the project in English. Here’s Michael Hofer on using his new free preset:

Todd Kopriva noted Standard Render Order and the Transform Effect from Adobe After Effects CS5: Learn by Video. There’s more from Raymond Radet in his tutorial, Understanding The Render Order In After Effects, which introduces the rendering pipeline with links to more on AE Help.

The rendering pipeline is now a lot more complicated than Masks > Effects > Geometric PARTS, and it can no longer be visualized with a simple graphic. If you’re looking for more, buy into Creating Motion Graphics in After Effects because you won’t see more clarity and graphic detail elsewhere (eyes glaze over at text-heavy resources like AE Help). See also How to Optimize Projects in Adobe After Effects CS6, a project-oriented excerpt from Mark Christiansen’s book (see Sample Content PDF).

Lester Banks noted Zack Lovatt’s post split() – SourceText from Comp Name, a handy expression that simplifies the process of renaming lower thirds versions, letting “you can change all the text from your Project Panel and have it propagate into each comp automagically.” Zack also provides an example After Effects project file.

For more on lower thirds and creating them in mass, see the mini-roundup Free Lower Thirds plus Additional Resources: Leverage Photoshop, Premiere, and After Effects right here on PVC.

Mamoword has an update of their new tool OrientWorld, which ‘makes it very easy to place the center of your world where you want it to be – and in the new version you can even decide what you mean with “world center”.’ Here’s an overview of the update, and How to use OrientWorld with the mocha V3 camera solver:

Todd Kopriva provides 2 options in workaround for bug in shortcut (tap Shift) for opening the composition mini-flowchart. Here’s a demo of those features by Chris Meyer, which appeared in CS4:

Digital Anarchy’s Beauty Box does an amazing job of reducing blemishes and wrinkles, but they also let you make people look worse with a free filter, Ugly Box. Using the same algorithm for selecting skin areas, instead of smoothing the skin texture, Ugly Box enhances it to bring out all the variations, wrinkles and blemishes. And of course, wrinkles and blemishes mean that someone is evil, older, and/or ugly!

4K movie / Beauty retouch from Foton inc. made the rounds on photo blogs, and like the work of LolaVFX, seems to have been made in Nuke and/or After Effects (translate automatically with Google Chrome), rather than some new software. Here’s a Foton example, and an intro by Andrew Devis, AE Basics 52: Paint 6 Spot & Blemish Removal: