Elementary by Kevin Schires is a new AE Script that creates shadows, reflections, and more for Element 3D, Particular, Plexus and other 3D plug-ins with 3D layers. If for some reason you prefer to do it manually, Peder Norby recommended Andrew Kramer’s tutorial 108. Particle Shadows for creating shadows for Element 3D. Here’s the Elementary demo:

AE honors paragraph word spacing from Photoshop, but has no similar Justification control in the Paragraph palette wing menu. In Photoshop & After Effects: Word Spacing at Motionworks, guest host Eran Stern demonstrates how to adjust word spacing in both Photoshop and After Effects. The solution is ingenious: subtracting words leaves space so that tracking controls word spacing, which is accomplished with a Tracking Animator on the text with the Range Selector based on Words in a Subtract mode (under Advanced).

Introduction to Hand-Drawn and Organic Looks Tutorials, by Benjamin Ariel Markus, is a series of written tutorials intended “for both motion graphics animators with no training in manual animation as well as traditional animators, who are searching for time-savers and organic-looking methods that combine computer-based workflows with analog techniques. The example videos within the tutorials are meant to serve as a catalogue of techniques that are possible with the use of Adobe Photoshop and After Effects CS6 and browsers should feel free to peruse the tutorials and watch the videos to see if any of the techniques are of interest.” See also the excellent reducing flicker for stop-motion animation and time-lapse photography by the same Benjamin Markus on the AE team blog. 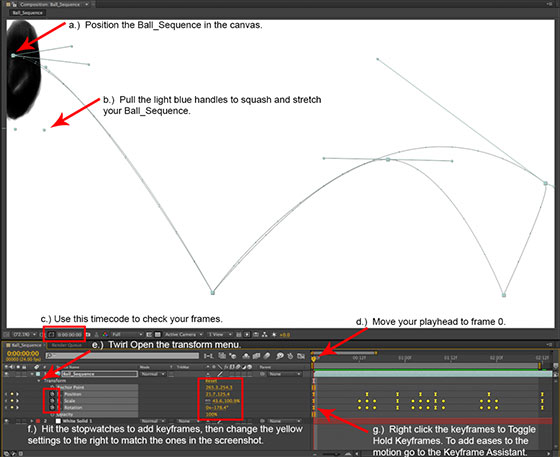 Paul Conigliaro posted a MoChat 007 Transcript & Summary on Motion League. This week’s chat was a fast-paced and wide-ranging discussion on all things plug-ins for After Effects, with Adobe AE expert product managers joining in.

MoChat 8 Transcript & Summary looks at the next MoChat on “performance that included appearances by both Adobe and Fusion IO. The chat stayed civil with on flame wars on Mac vs PC. A few key points were mainly agreed upon for getting better performance out of your machine.” BTW, check out Adobe’s Todd Kopriva’s After Effects FAQ: What are optimum memory settings for best performance in After Effects CS4, CS5, CS5.5, & CS6?

Chats take place on Tuesday evenings at 9PM ET and last for an hour. The topic for August 28 is These are a Few of My Favorite Scripts.

While republished elsewhere, note that Chris and Trish Meyer posted an index to their 12 installment series on expressions in After Effects at Deeper Modes of Expression: The Index.

wihihihiggle script for AECS4+, a free script by Fabian “fabiantheblind” Morón Zirfas (author of the AEMap script), is “mostly a GUI for that famous wiggle() expression with some extra expression goodness like posterizeTime(framesPerSecond), seedRandom(seed) and the great looping wiggle() expression by Dan Ebberts [example]. In simple mode it adds the wiggle() expression with the choosen frequence and amplitude to the selected properties. It also saves your standard values for faster access. in the ‘not simple’ mode it creates a controller Null Object with some sliders and applies the following expression to your selected properties. The advanced mode is more or less for learning the possibilities wiggle offers.”

For more see The Wiggler in AE Help, wiggle expression with slider control by John B. Hartley, Deeper Modes of Expression, Part 9: Wiggly World by Chris and Trish Meyer, the Automatic Animation tutorial from Motionworks, the pt_AutoExpress by Paul Tuersley and so forth. Here’s the tutorial for wihihihiggle:

Aharon Rabinowitz posted some Free Shatter Object Presets for Element 3D, and Ronn Trevino rendered some of these out with different transitions between object and shaders in a short about Shatter Objects. Also, VinhSon Nguyen explained an approach to create the objects in Fracturing Objects in Cinema 4D for Element:

James Whiffin explains details of the why’s and how’s of a Linear Workflow For The After Effects User. Last year Andrew Kramer noted some of the benefits of float workflows, in the context of a keying without eliminating soft reflections in 121. Advanced Soft Keying (a tangent but worth review).

Michele Yamazaki started an already useful comparison series, Indepth: Lens Flare Plug-ins for After Effects (Part 1 of 5) at Toolfarm. BTW, Grant Swanson shows you one way to think outside the box in his After Effects tutorial video, Anamorphic Lens Flare. He used the Glow filter with Glow Dimensions set to “Horizontal” only and several refinements to quickly get a different look with built-in plug-ins.

A Free Earth Project for Element 3D was posted by Andrew Kramer. See also AE 3D Earths with & without ‘Knowing’ lava and Fly around CC Sphered layer in After Effects. Here’s Andrew’s demo:

Going beyond the standard free After Effects template projects, Peder Norrby noted a preset “Lava Sparks” and “Heaps of really cool free AE presets http://baaaf.com/foul.html (mainly Trapcode, and some Element 3D).” Those pages are easier to read with the auto-translation in Google Chrome.

Here’s a sample, Ball action???©?? (surprising even for a longtime fan of Ball Action), and another recommendation from Peder, Effect Recipe ????Trapcode Particular #1 Part1 (looks good if you understand Japanese):

No one complained but, penance must be made… Check out the new Comp menu command in CS6, Cache work area in background: Ctrl+Enter (Windows) or Cmd+Return (Mac OS), which renders with another copy of the AE app in the background (so expect somewhat slower results). For more see AE Help, a collection of video explanations for this feature cluster, and RAM and Disk Caching from Adobe After Effects CS6: Learn by Video by Todd Kopriva and Angie Taylor:

See also an older feature set, pre-renders and proxies. Here’s an intro from Todd Kopriva, Pre-Rendering and Proxies in After Effects:

After Effects Transforms exporter, demoed below by Aaron Dabelow, is a script for saving out transforms from 3ds Max for After Effects; it doesn’t have 3D camera support like Max2AE. You can find similar scripts for 3DS at ScriptSpot. As noted earlier, Autodesk provided some bidirectional interoperability between After Effects and 3DSMax for subscription users, now standard in 3ds MAX 2013. Also below is Designing in 3D: Use After Effects CS6 to Elevate Your Work and 3D Studio Max, which was posted on Adobe TV.

“Adjusting shadows and matte edges” is a preview of a new course, Maya Rendering for After Effects Composites by Lee Lanier from Lynda.com.

Imagineer Systems and mocha planar tracking technology made the short list for the 2012 Academy Awards Sci/Tech achievements. In addition, Imagineer and Curious Turtle announced a Fundamentals of mocha training course by Ben Brownlee, with 14 classes free from Imagineer. Here’s the 1st class:

Kevin Monahan noted Creating a reflective floor using After Effects by Rob Garrott from the Design in Motion series at Lynda.com.

“Join Angie for an engaging Motion Graphics Webinar packed full of the best tips and tricks for Production Premium CS6. Production Premium CS6 offers a sleek, fresh editing environment in Adobe Premiere Pro; 3D tracking and extruded text and shapes in Adobe After Effects; new Content-Aware tools in Adobe Photoshop Extended; and faster editing in Adobe Audition. Learn all about the new features of CS6 as well as new additions, Adobe Prelude for logging and ingest and Adobe SpeedGrade for color grading and finishing.”

The Art of Animation and Motion Graphics is from the PBS project Off Book, a cool series of short takes on digital art.

Please note that these roundups are for quick review and comparison. There is almost always vital information from the actual authors at the links provided-and often free presets, projects, or stock footage too.