Here’s another round of news on Adobe After Effects! Yes, you can create 3D text inside After Effects, expand animation principles, control timing with expressions (again), and track & rotoscope — but watch out for upcoming OS requirements, Disney, and assorted cheap tricks.

Despite what some still think, you can make 3D text inside of After Effects without a 3rd party plug-in by using the Cinema 4D renderer in comp preferences. You don’t have to pay extra. Greyscalegorilla showed how to do this several weeks ago in After Effects 3D Text Animation Tutorial NO PLUGINS!, and he’s back with an upgrade in Glossy 3D Metal Logo in After Effects (No Plugins Required). You can even download a free After Effects project file.

An interview with the founder of AEScripts.com, Lloyd Alvarez: This Is Everything Ep 002, is up.

Lloyd Alvarez: This Is Everything Ep 002

Posted by Plugin Everything on Friday, August 24, 2018

It’s tough to become a tourist and still keep up with all the 3rd-party tools (mostly AE script bundles) being cobbled together to improve character animation inside of After Effects (eg., Adam Plouff, DUIK). Though recognizing that After Effects is the smarter but poor relative of Photshop, one wag commented, “They decided that no one uses AE to do character animation, and decided to build Character Animator…what, the what?!”

If you want to be involved in creating actual UIs, or just filmic ones, there’s a lot to think about in Creating Usability with Motion: The UX in Motion Manifesto, by Issara Willenskomer. The article itself is an answer to the question — “As a UX or UI, designer, how do I know when and where to implement motion to support usability?”

An important point for Willenskomer is that “Disney is dead,” meaning that the 12 principles of animation that aimed to simulate life for characters (jrcanest gif animation, Lasseter paper, AEP roundup) do not apply to UI animation, because they are solving different problems. 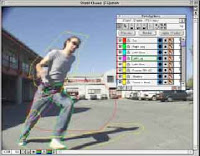 The AEP post Rotoscoping tips: beginning, reminders from last week was inspired by a tweet by StuMaschwitz. Since then, Stu transformed his rotoscoping convo into a Twitter Moment for posterity.

Eran Stern posted Planar Tracking in After Effects, a recorded webinar of an excerpt from an upcoming session at Post|Production Conference NYC. Mocha products, now from Boris Effects, have plenty of tutorials though most of the recent ones are for the Pro and VR products, not the built-in MochaAE. For example, here’s Mocha VR: Rig Removal on Stereo Google Jump 360 Video.

While you can wing it and color correct and grade starting from the top of the order of operations (see also Hurkman) in Adobe Lumetri color settings, it’s better to have some background. Jonny Elwyn shared thoughts on Noam Kroll’s latest Color Grading Masterclass, which costs about $200. Some other color grading courses include FXPHD classes from Warren Eagles and others ($150-200),  Ripple Training ($40-$80), and Mixing Light.com ($40-$130). Here’s an earlier video from Noam on using LUTs and an oldie at the Editors’ Lounge from PVC’s own Steve Hullfish.

Tip 061 – Learn More About the Time Property In After Effects Expressions, from Ukramedia, follows a couple of related time/expression tutorials mentioned in a recent AEP roundup. This video marks the return of near daily tips videos adding to the impressive Ukramedia library of tips and tutorials. Another related tutorial is How To Offset Layers in After Effects by Owen with Motion Array, in which shows you how to create an offset animation using both time and position to create a lower-third animation. 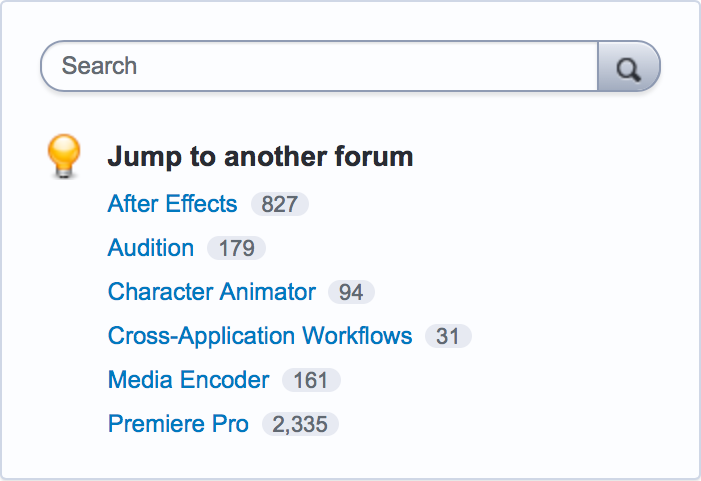 Bill Roberts, Adobe video Pooh-Bah, announced that Adobe is “making some changes to OS support for future releases of the Adobe video products,” so you’ll need to update your OS to use next version of Adobe Creative Cloud apps if you’re on a legacy OS. For the last several years, Creative Cloud updates appear in November or so after announcements at IBC and Adobe MAX.

If you have a feature request, Adobe has made it easier to add them and participate in them with other users, voting up ones you like, and occasionally getting feedback from Adobe. Here’s an example from Adobe User Voice for video apps, on adding support for ProRes RAW.

Continued testing by Max Yuryev and Apple Insider is reported in 2018 i9 Macbook Pro vs Dell XPS 9570 – VIDEO EDITING Comparison! Resolve, Premiere, FCX. There are a few wrinkles if you’re in the market for both. Dell prices are much lower (perhaps $800+); while quality control can be tricky, the XPS 15 is almost but not always faster.

Some digital videos pros collaborate with politicos, but may forget that the Rashomon effect doesn’t eliminate the existence of truth. For a look behind the curtain of modern sophistry where pantomime villains destabilize perception, see  Why obvious lies make great propaganda and Kellyanne Conway’s interview tricks, explained (the current It girl) from Vox and “Shapeshifting” an excerpt from HyperNormalization by Adam Curtis. Talk about cheap tricks; these try to put us all on an escalator to a hell of fire and fury.

Finally, in 2017 Auralnauts published How To Make A Blockbuster Movie Trailer to provide you with the “winning formula” that turns any trailer into the blockbuster smash hit of the season it was meant to be. A recent application of that structure is a dragonmcmx example for an Avengers movie. In 2012, made something similar with How to make an EPIC movie trailer!.

Adobe was more serious in April 2018 with Make It: Creating Blockbuster Movie Trailers and Title Sequences. Adobe went to Hollywood to share a peek at how the real pros craft movie trailers and title sequences, first with Trailer Park to chat with CEO & Creative Director Matt Brubaker and Editor Adam Finkelstein. Then Adobe moved on to Burbank to talk with Prodigal Pictures director and motion designer Danny Yount.