Recently there’s been some short tutorials to help new people learn After Effects, though there’s fewer items being posted than a year ago at this time. Of course there’s more on learning, puberty, characters, tools, time, and throttling.

in addition to updates to Adobe’s After Effects Get Started tutorials, there’s new videos from Peter McKinnon on After Effects Basics and from Premiere Gal, Learn After Effects CC in 15 Minutes – Tutorial for Beginners:

In Mograph goes through puberty on Motionographer (h/t @stevekirby), School of Motion’s Joey Korenman explores his life in motion design. In the end you have to wonder if mograph, and digital video in general, is  entering puberty, or perhaps more likely to going the way of photography, as a commodity market. Not everyone will have the talent, personality, drive, or luck to fulfill big dreams.

In any case, Korenman quotes EJ Hassenfratz and Axel Gimenez:

“[Don’t put] too much emphasis on learning the tool and not enough on emphasizing your value being a designer & creative and uniquely using the tool. When you willingly let clients commodify what you do, you get Fiverr’d.”

Technology and craft are important but trust and relationships are critical to success in this industry.”

Of course, there’s the eternal catch to jobs that seems so fun, which is always adding oodles of new freelancers to the mix. In this case the honey is The Path To MoGraph, “a short course where you’ll get an in-depth look at what it’s like being a Motion Designer.” Here’s an introduction and studio tours from the course:

Meanwhile over at Frame.io, Zack Arnold has some career advice with a familiar ring in 5 Things Every Editor Can Do To Build Trust and Keep Clients:

We are not keyboard monkeys, we are storytellers. Once you have become proficient in your NLE of choice, I suggest you stop focusing on getting 5% better at learning software and instead start focusing on the “soft skills” necessary to build meaningful relationships with people you’d like to work with for years to come?

The new office space, located in downtown Santa Monica, features a state-of-the-art editing suite, which will offer video professionals a place to experiment, learn, and connect with Adobe. For those who can’t visit in person, you can still access tutorials, customer testimonials, and interviews on the Inside Hollywood’s Cutting Rooms playlist on the Adobe Creative Cloud YouTube channel. Also, Premiere Bro features a Vashi Nedomansky visit to the space in A Look At Adobe’s New Hollywood Editing Suite.

Dominic Pons aka xponentialdesign continues his long running tutorial and demo series on creating cool things in Trapcode Tao, which doesn’t seem like a complicated tool but is deep:

In Featured Freebie with Jorge Canedo Estrada, Joe Donaldson noted that Motionographer and Holdframe are teaming up to publish the Featured Freebie series. Holdframe launched about 2 months ago. Inspired by Mig Reyes’ mini-interview series, this series will speak with the contributors to Holdframe’s Freebie section to provide some additional context about their work and perhaps the project files they’re sharing on the platform. Here’s the one with Jr Canest; there are After Effects project files available on a sliding scale:

You can also take an online class by Jorge on Learn Squared (courses are currently discounted until August 13.); here’s a project from his college days that made a splash in 2009:

Last October, Motionographer posted Everything is awesome, until it isn’t by Adam Plouff, which shared his story of going to work for Google as a UX designer and helping to create Sketch2AE, itself outlined earlier in Closer Together: Introducing two new animation workflow tools from UX Motion Design at Google.

Sketch2AE is a Google Sketch “plug-in and an AE script that passes artboards from Sketch to After Effects as shape layers and editable text without the need for external files. Groups and symbols are preserved while simple shapes are imported as parametric shapes for easy animating. It’s as if someone recreated and organized all the Sketch assets for you natively in After Effects within seconds.”

As Motionographer noted, “the chances are that you’ve seen Adam Plouff’s handy work before. I’d wager that he’s responsible for 9 out of the 10 noodle arm characters you see on a daily basis via his tool RubberHose.” Here’s an overview from Adam’s company Battleaxe, which has other projects including some freebie tools:

Mike Overbeck tweeted that “the entry point for developing Extensions for Adobe products just got much friendlier!” He’s referring to Skelotron, the CEP skeleton template by Adam Plouff‏, who says that Adobe CEP extensions can be a little scary to set up and get working. Adam shared a simplified setup with some bonus bits on Github (Skelotron) that should make development easier. Adam explains:

“I’m very new to build systems and so one of the key features of this setup is the ability to reload the panel with a right click and refresh the jsx at the same time –without having to build or close host app. I am primarily an After Effects developer but this setup has been tested in Illustrator and Photoshop as well. Examples in this will be for AE but are applicable to other host apps.”

The Adobe Common Extensibility Platform (CEP) gives you the power to enhance and extend Adobe CC apps with the standard web stack: HTML, CSS, and JavaScript — so there’s no need to learn C++ or platform-specific scripting tools to access the APIs. If you’re interested, see also, Getting started with HTML5 (CEP) Panels for After Effects (and 2 related articles) by Victoria Nece, who has since become the AE product manager.

You can stream Adobe Character Animator live; for resources, see Live Animation! Live Streaming! at the Adobe site. Adobe shares a number of helpful tutorials on how to stream with external devices or NDI, OBS, Syphon, over a video game, with multiple characters simultaneously, and with video chat applications like Skype. Okay Samurai introduced live streaming last year:

Elgato Stream Deck (video) may come in handy as a mini-switcher or macro trigger controller for live streams:

The Rubbish font, by Frazer Price, is a font made using the writing on trash bins, and free for noncommercial use. You can find related fonts easily by clicking on a related category button; for example to find the Got heroin? font, which is free for commercial use. 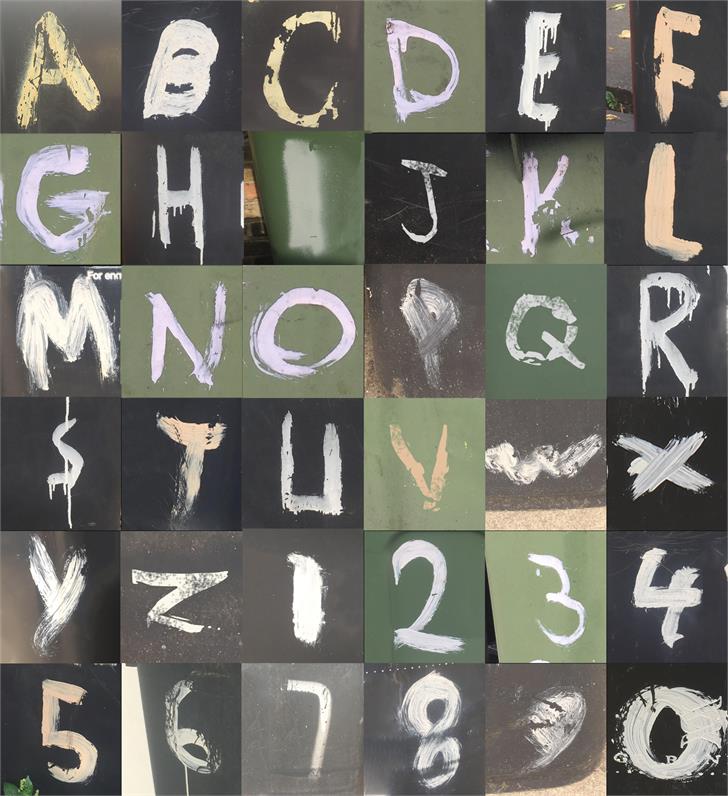 Mt. Mograph resurrected the Omino Suite of free AE plug-ins in Endless fractals in After Effects. The Omino installer includes Omino kaleidoscope, Omino python, and others. David Van Brink is no longer developing this, which doesn’t effect the 64-bit Windows side, but you can fool the Mac installer for current AE versions by creating an empty folder /Applications/Adobe After Effects CS6. Then you copy the plug-ins to your current After Effects Plug-ins folder. Omino kaleidoscope seems to have slightly different symmetry groups than the built-in CC Kaleida. or similar plug-ins.

Many others have used 3rd-party plug-ins for kaleidoscopes instead of the built-in CC Kaleida. Alternatives include the built-in Mirror effect (Adobe tutorial), alone or in combination with Pete’sPlugins (no longer developed), Sapphire Kaleido, AIST ProFX Xkaleido, Storek nVeil, Trapcode Form and Particular, and others. You can also create kaleidoscopic elements from Shape Layers; see the excerpt Motion Graphics with Adobe Creative Suite 5 Studio Techniques: Designing Backgrounds for some discussion. Also, check out an older round-up, Spirographs in After Effects. Ok, back to Mt. Mograph:

Charles Yeager posted walkthroughs of Mettle Flux for Premiere Pro and for After Effects, which should help you get started quickly. Flux is the incarnation of recursive fractal flames in AE, You can download a free demo to follow along. FLUX comes with Camera controls for Premiere Pro, so you can add 3D volumetric effects.

Presets are good starting points. The 3D particle AE plug-in Stardust has a lot of momentum, and this week Motion Science showed how to stylize a built-in preset to avoid a lazy look and improve on for the effect.

Last week, Evan Abrams showed how to Control Time in Templates, at least a text animation template from the Essential Graphics panel. He used a simple group of expressions to open up some possibilities, as well as sharing the project file.

Automatic animation with expressions by Chris Zwar explains how time is crucial to animating automatically in After Effects. There’s a 21-minute video, and the tutorial text shares a few pieces of code that you can copy & paste. 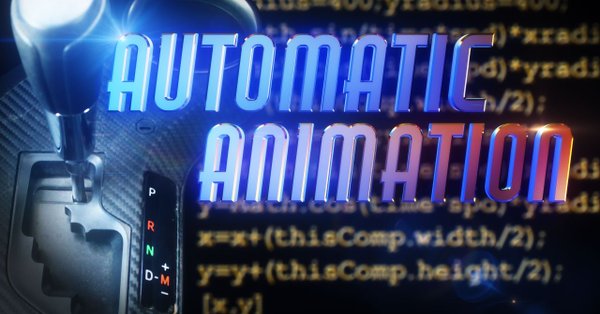 Thermal throttling on the MacBook Pro with the i9 CPU has been a big topic, of course eliciting responses from characters akin to PC World, who provided the usual venom (Mac users should go back to Starbucks and so forth) to shore up fanbase insecurities. Quick overviews on throttling and performance are available from Bare Feats in 2018 MacBook Pro 2.9GHz i9 versus the 2.6GHz and 2.2GHz i7 and from Max Yuryev in EVERY 2018 15″ MacBook Pro compared for Video Editing.

Both Max and PC World recommend as alternative the Dell XPS 15, which is fastercheaper than Apple’s comparative offerings, if at times a bit unstable. Both are the only laptops that currently provide an top-end screens with power and a lightweight design. Look for more comparisons as the months roll by. Here’s Max’s latest comparison of the MacBooks, and one by Jonathan Morrison comparing MacBooks this year and last,  and MacBook Pro Core i9 Madness – Part 2:

Finally, something quaint: How Are Characters Animated at Pixar? – Toy Story. At around the same time, my favorite thing in animation was the TV show Bump in the Night. So below, there’s something far more immature than Toy Story, S01E07 (part 2, at 8 minutes) “Night of the Living Bread” — and remember, “White Bread Can’t Jump” 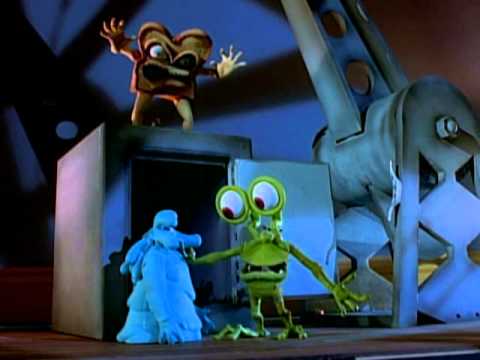