Affinity Photo and Affinity Designer are now available as trials for Windows, meaning you can try them before you buy. Each of the programs costs $49.99. 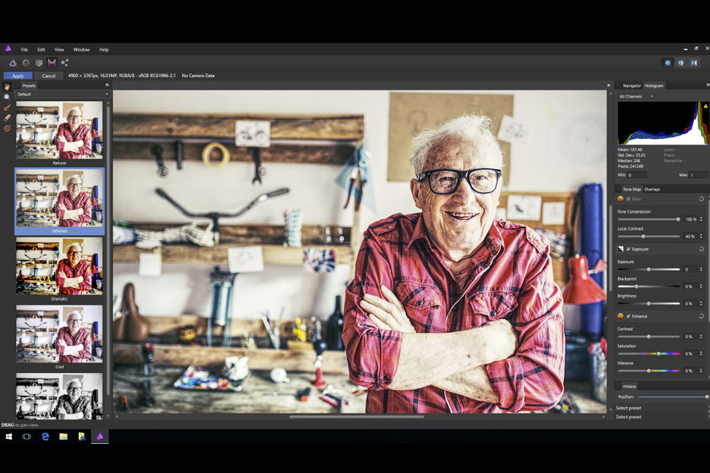 First things first: I moved my workflow to Affinity Photo as soon as it was available. I bought the program on December 8, the first day the final commercial version became available for Windows, after a period of beta testing which I followed. I never looked back and have no regrets. True, my needs and workflow may differ from yours, so my options are not necessarily the best for you. But now, with the free trial, anyone can experiment both programs before committing to purchase.

Serif, the company behind the programs, indicates that “the ‘try before you buy’ offer follows the launch of the two products on Windows late last year, and means potential customers will be able to spend ten days testing the software…”. I wish this period was longer, as I’ve seen people comment, about other programs, on short trial periods not giving them enough time to take a decision.

Even with the clock ticking, the chance to try Affinity Photo and Designer may well, to use what someone else said to me recently, make both programs “gain more steam”. Affinity Designer, a professional vector graphics editor, was the winner of an Apple Design Award in 2015. Image editor Affinity Photo was named ‘Best Mac App’ 2015, and ‘Best Imaging Software’ 2016 by the Technical Image Press Association. First presented as Mac only programs, they were introduced to Windows in 2016. 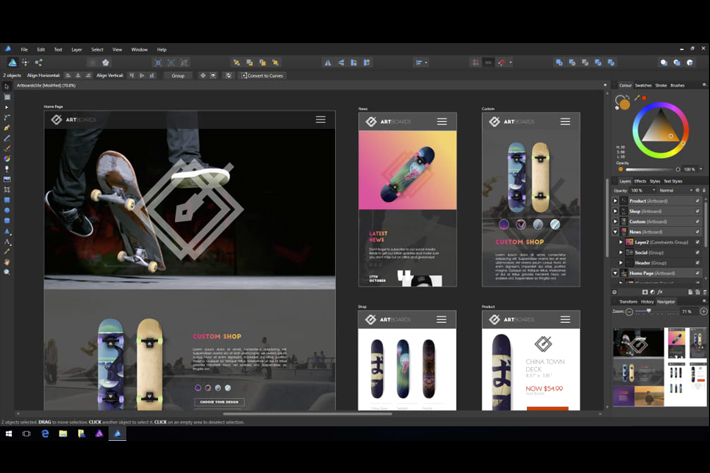 Ashley Hewson, Managing Director of Affinity developer Serif, says: “The response to our launch for Windows has been phenomenal – better than we ever could have predicted. That’s been matched by the positive feedback we’re getting from people who are making Affinity Photo and Designer part of their everyday professional workflow.

“Even though we offer a no-strings refund policy for 14 days, trial versions for Windows have been a popular request and we know there’s still a huge market out there of people who want a professional graphics or photo editor for a one-time cost with no expensive ongoing payments.”

Created from the ground up, with the emphasis on speed, power, accuracy and lack of bloat, Affinity Photo and Designer share the same file format on all platforms, allowing users to switch seamlessly between them both as individuals and in a professional environment, where colleagues work on different systems.

The Windows versions match the Mac versions feature-for-feature and are available for a single payment of $49.99 / £48.99 / 49,99€, with no subscription and free updates.