It’s a surprise because it seemed that Adobe had long since abandoned the written user manual as a relic of the past. They can certainly be a job to maintain in the fast-changing world of software development and, let’s be honest, people are lazy these days and don’t want to read. Personally, I still like the printed manual. After looking at moving video all day as an editor, there are times I like to quickly skim over and search in text. I feel like, more often than not, I can find an answer to a question a lot faster in a written piece than I can scrubbing around a video that is often overly long and just plain incorrect.

So I appreciate Adobe taking the time to write this thing. There’s a lot of info in there and it’ll help many. While it isn’t on the level of the DaVinci Resolve manual (and let’s be honest, nothing is) it will answer a lot of questions for editors who dig into it and want to learn. 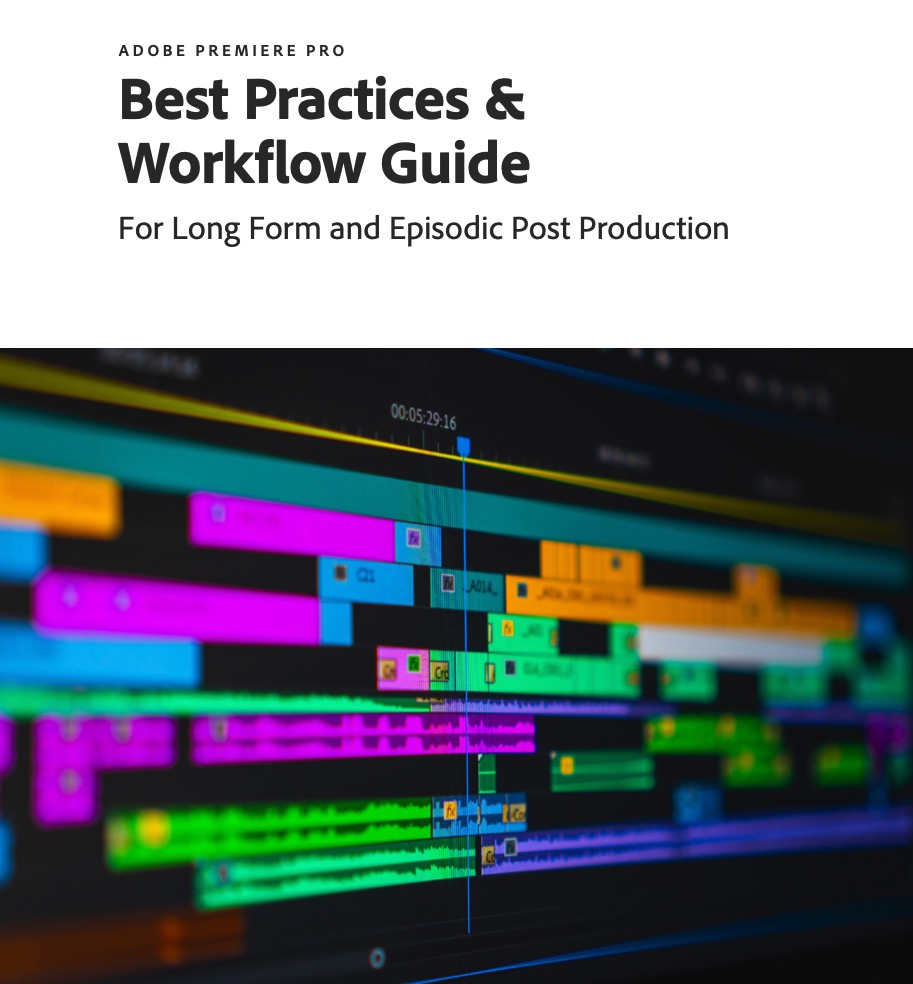 If you want to dig deeper into the guide with some guidance, then check out Adobe evangelist Jason Levine’s live stream on August 5th as he is going to dig into this new document.

What this manual does bring to light, though is the complexity of a few things, mainly involving multi-camera editing, that desperately needs addressing. Sadly, I’ve lost a lot of confidence these things will be fixed as they’ve existed long enough without so much as a feature tweak, and now we have a printed document that tries to explain them away.

I’ve discussed this “feature” at length over the years in various venues and recently dedicated an entire blog post as to why this “feature” needs updating. I did see a ray of hope recently that this was going to be looked at but then again, seeing this feature locked into a print publication doesn’t give me a lot of hope.

This is one of those real head-scratchers in Adobe Premiere Pro. Unless you want PPro to create a new Multicam Source Sequence every time it encounters a new camera clip you have to assign either a Camera Label or Camera Angle and tell PPro to Create single multicam source sequence. The perplexing thing is you can only get this single multicam source sequence option when syncing with timecode, not audio waveform. It’s perplexing because syncing with audio is when you’ll want that option even more as shoots that don’t jam sync timecode are often a bit lower budget and more chaotic so that’s when you’d want only one mulitcam sequence to deal with not, potentially, tens of hundreds.

I’ve begged for Premiere to actually make iXML metadata useful in the timeline, where it belongs, for years now. That hasn’t happened yet. Here’s hoping.

But I digress. This document will hopefully help with common questions that we see asked over and over again on Adobe Premiere forums. Quesitons like:

Of course, those questions can only be answered if people take the time to read the document. I know that’s sometimes an antiquated notion these days but it’s still a very good way to deliver information and reference it later. Happy reading!