I do a lot of DCP work in After Effects, and .J2C (JPEG 2000) is the format of choice. The only problem is that After Effects doesn’t support this type of format natively, so you have to go with a plug-in.  Going to be honest here.  I figured the plug-in would be a pretty penny, but believe it or not, it wasn’t.  Take however much you think it would cost, and then reduce that by 100%.  That’s right, it’s free!  Here’s a little look on how to work with .J2C files in After Effects.

When the DCP jobs started coming across my desk, the DCP’s were encoded with the JPEG 2000 codec (.J2C), and at the time I figured it wasn’t that big a deal, as After Effects can read just about any type of file, but unfortunately i seemed to be out of luck, as AE coundn’t read it, and definately couldn’t write to it.  So, it was off to my friend Google to find the answer.  After about two minutes of searching I came across FNordWare.  They seemed to have my problem solved.  A plug-in for Photoshop, After Effects and that let me import and export to the .J2C format, and the best part is that it’s absolutely free! 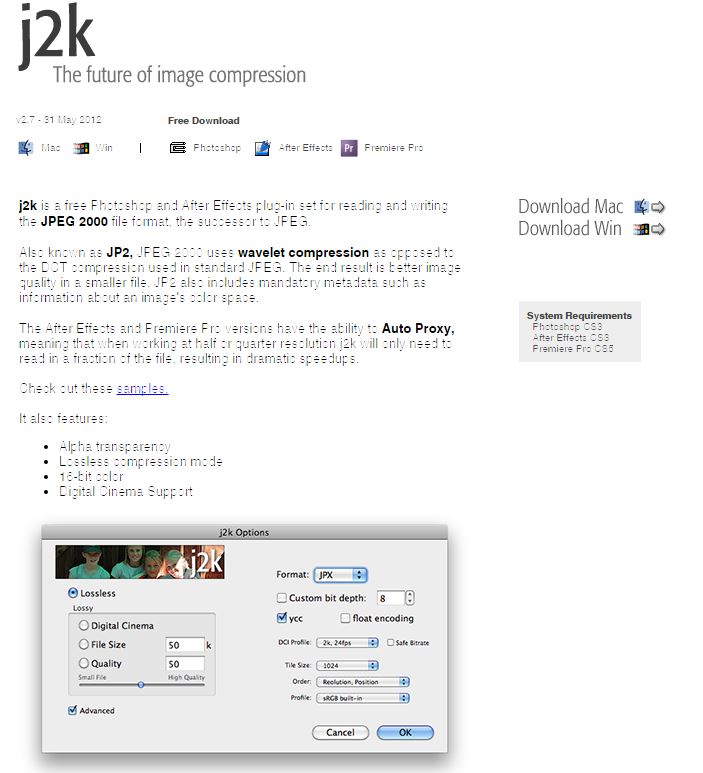 The plug-ins were developed and released back in 2012, and don’t look like they have been updated much since, but to be honest, it’s not really necessary, as they do exactly what I would expect them to do.  Once you download, you’ll have to manually move the plug-ins into the Plug-Ins folder, and then when you jump into After Effects, voila!  You can now see all the .J2C files contained in a DCP folder, and you can import them as an image sequence, and start working!

On the flip side, when you’re ready to export anything to a JPEG 2000 format, this is where the plug-in really comes in handy for you to make image sequences for DCP.  You’ll notice in your Output Module, you now how have access to the JPEG 2000 Sequence, right under JPEG Sequence.  Once you click on the Format options, you can now get in and tailor the file for the exact type of JPEG 2000 file(s) you need to export. 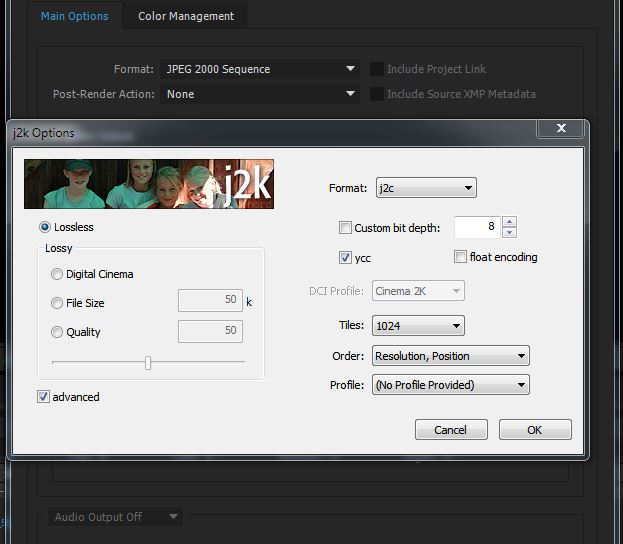 In the end, how can you go wrong with free?  This awesome free plug-in will have you cranking out the JPEG 2000 sequences for DCP’s in no time flat.  Download the plug-in pack FREE for both Mac and PC at http://www.fnordware.com/j2k/ .