The new ADATA SE800 external solid state drive (SSD) does not use NVMe technology, but it goes beyond what regular SSDs do, with read/write speeds of up to 1000MB/s. 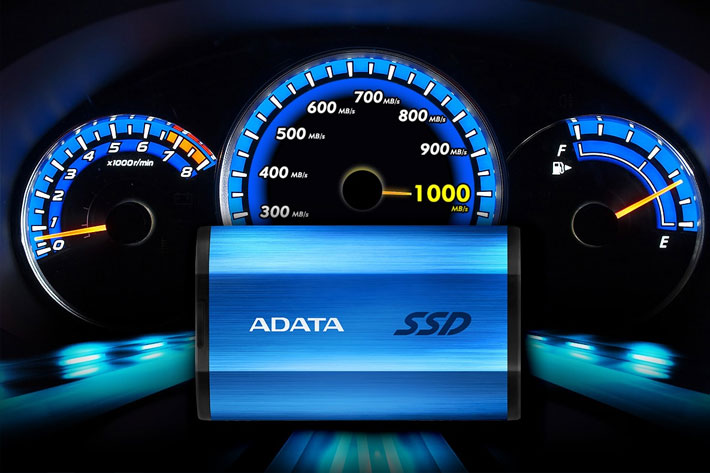 The new ADATA SE800 external SSD allows users to transfer files up to 6.6 times faster than an external HDD. Under lab conditions the SE800 transferred a 50GB 4K movie in as little as 50 seconds!

The  SE800 is ADATA’s newest drive and it was recently honored with a 2019 Computex d&i Award for design and performance excellence. It makes complete sense, as the external drive really represents an evolution in speed, being much faster than regular external SSD. With the SE730H, launched previously, the world’s most compact external SSD, ADATA offered a 3D NAND solution connecting via USB 3.2 Gen 2 (10Gbps) with a reversible Type-C connector, able to deliver 500MB/s read/write.

When the SE730H was launched, ADATA said it was time for users to leave the past behind, forget their old external hard drive and use the SE730H, to be able to transfe a 5GB full HD movie in 16 seconds. That was fast, but the new ADATA SE800 goes even faster, as it can transfer files up to 12.5 times faster than an external HDD. This means that transferring a 50GB 4K movie can be done in as little as 50 seconds! 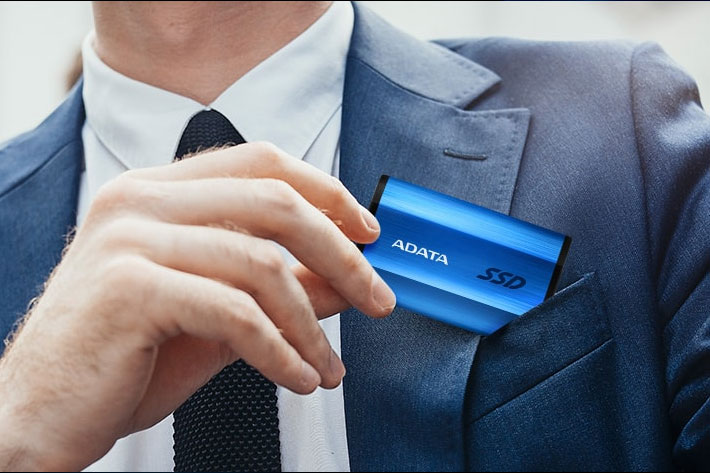 ADATA says that this result was achieved in a lab environment utilizing a PC with USB 3.2 Gen 2 support and UASP driver installed.  These conditions have to be met for the SE800 to reach its highest speed, and actual performance may vary depending on host device and software configurations. In regular conditions, the SE800 can hit read/write speeds of up to 1000 MB/s, helping cut down on waiting times, allowing users to transfer files up to 6.6 times faster than an external HDD.

One could almost say “goodbye slow, welcome fast”, as the ADATA SE800 breaks barriers, offering read/write speeds of up to 1000MB/s, double of what the SE 730H offers, and a lot more than the 100MB/s on an HDD. Designed for ultimate mobility, the SE800 sports a compact and lightweight form factor – only 40 grams – that fits easily into pockets and bags. It’s available in black and blue, with 512GB and 1TB. Other important features are its durability and excellent performance including waterproofing, dustproofing, and shock resistance as well as blazing fast speeds. 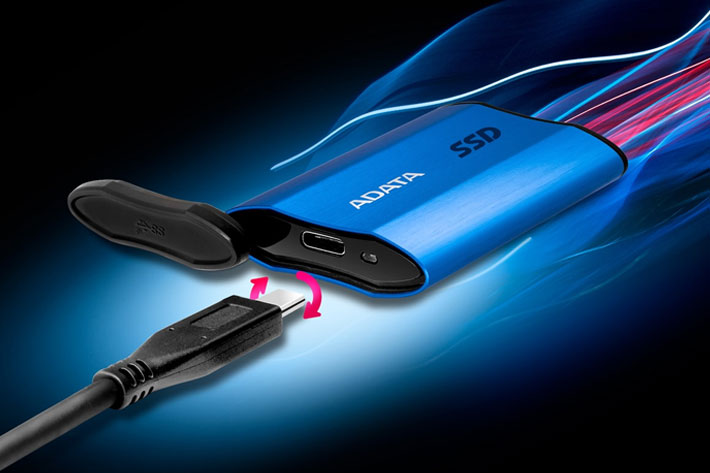 The SE800 represents an evolution in SSD speed, helping cut down on waiting times. Featuring a USB Type-C connector, which is reversible, there is no need to worry about the correct orientation when plugging in. Users will always plug it in the right way every time. What’s more, Plug n play with Windows, Mac OS, and Android means users can move content between devices without limitations. Whether for work or enjoyment, the SE800 empowers them with simple connectivity.

SE800 passes strict IEC IP68 standards, which means it is dust-proof as well as waterproof. It can withstand accidental submergence in 1.5m of water for 30 minutes. Beyond resisting dust and liquids, the ADATA SE800 also meets the MIL-STD-810G 516.6 impact resistance standard so it can survive accidental drops and shocks with ease.

Exact availability of the ADATA SE800 may vary by region. To find out about availability and prices in specific markets, visit ADATA’s website.