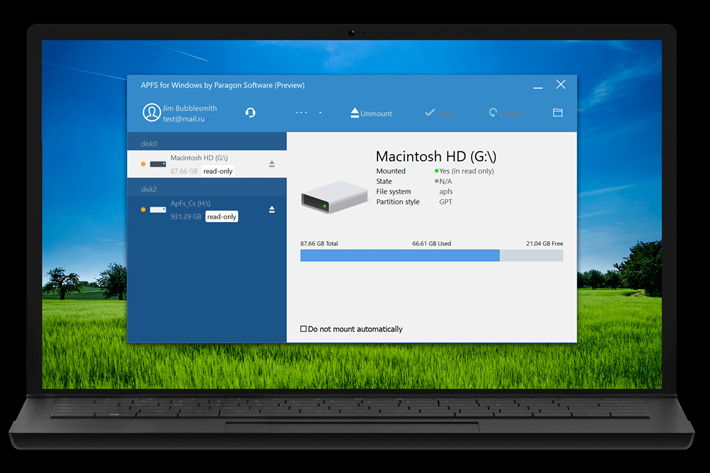 In an ideal world files would be files, but reality is different:  Apple’s APFS file system is not readable on Windows PC, using the utilities available. Now it is, thanks to Paragon Software. But there is more…

Paragon Software, a recognized file systems and storage management expert, recently released an important update to Microsoft NTFS for Mac, in the form of a software utility that grants ultra-fast, transparent read/write access to Windows-formatted NTFS hard drives, SSDs, and thumb drives under macOS. This release delivers improved support for macOS 10.13 High Sierra in conjunction with the latest update from Apple.

Microsoft NTFS for Mac by Paragon Software is fully compatible with Apple’s latest security policies, ensuring fast, hassle-free, and safe access to Windows partitions on Mac systems. Once the program is installed, users can get started immediately by navigating volumes and reading, editing, copying, or creating files and folders. The product’s new capabilities resolve data editing problems when using Windows hard drives or other NTFS-formatted storage devices from the comfort of your Mac. All product options and functionality, including information on mounted volumes, system startup, and verification can be accessed conveniently from the Finder menu bar. The UI can also be switched between light and dark themes depending upon user preference.

Microsoft NTFS for Mac by Paragon Software is based on Paragon’s proprietary File System Link technology, which provides full access (read/write, format, etc.) to volumes of the most popular file systems under all popular platforms (Mac, Windows, Linux, Android and DOS). 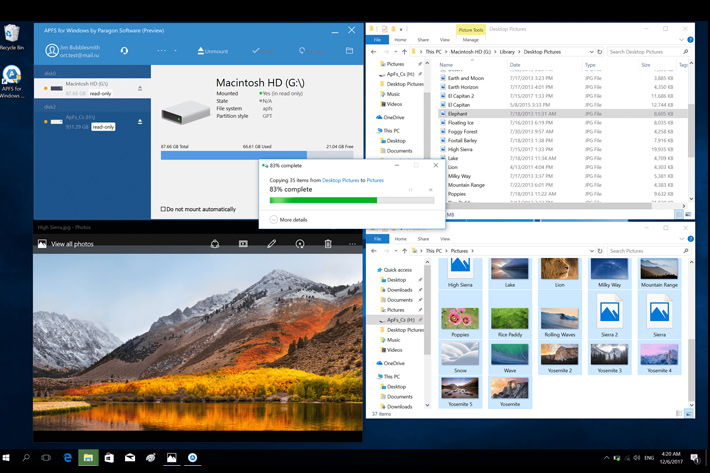 Now, the story has another side, with the release of APFS for Windows by Paragon Software, still in preview format, a driver which enables Windows users to access Apple File System (APFS) volumes on PCs. With APFS for Windows, users are able to instantly access APFS-formatted hard disk drives (HDDs), solid-state drives (SSDs), or flash drives directly on Windows PCs.

Introduced in 2016, APFS is Apple’s proprietary new file system released with macOS High Sierra. Designed for better efficiency, APFS replaces Mac OS Extended (HFS+) as the default file system for SSDs and other all-flash storage arrays. Currently, there is no way to read APFS partitions with the tools provided by Apple’s Boot Camp drivers or other Windows utilities. APFS for Windows by Paragon Software tackles this problem by enabling PC users to read APFS-formatted volumes from Windows.

To try the system, if you need to make PC’s and Macs “talk” to one another, download and install Paragon APFS for Windows Preview, connect an APFS-formatted drive to your PC, go to Windows Explorer to browse your APFS drive, which will also be accessible from other programs. The software gives you read-only access to APFS volumes on Windows PC, mounts APFS volumes automatically at startup and supports all character sets available in your operating system.

You can download APFS for Windows by Paragon Software for free following the link. 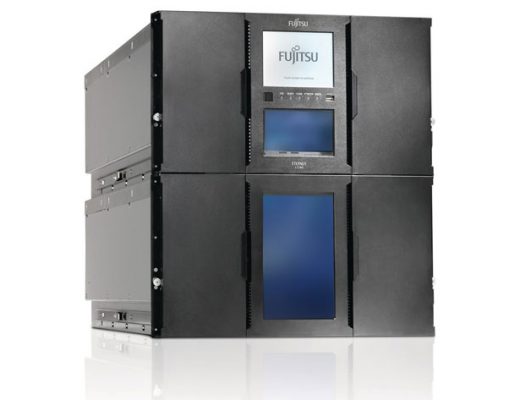 Tape continues to be one of the best mediums to backup your data, as it is both reliable and...