If you need a wireless trigger for HDR bracketing and normal long exposures for less tham $100, tthis is a viable option. 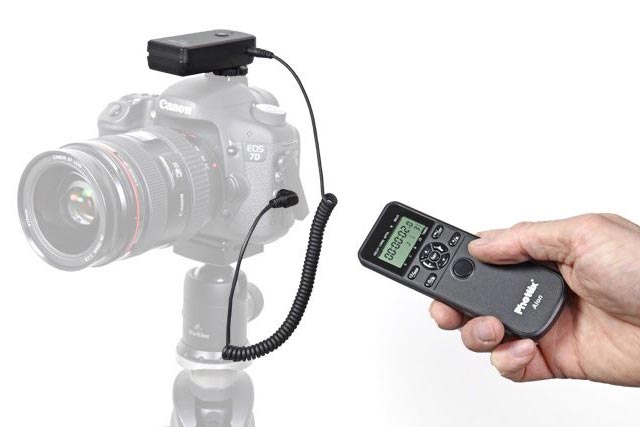 When I recently decided  to get a new wireless trigger to substitute my Canon TC-80N3, I opted for the Phottix Aion, a “all in one” system you should probably check if you're in the market for a new trigger.


If you're looking for a remote trigger that allows for more sophisticated functions, like auto-bracketed timer for HDR images, the Phottix Aion may be your most affordable choice. Besides that it does all the other functions you expect from an high-end trigger, and, what is most important to me, is radio controlled, so you've no problems with line of sight.

For years I've used the Canon Timer Remote Controller TC-80N3 for some of my long exposure photography. I use it essentially when I need a timer for multiple exposures, and then I use a radio trigger from Phottix, the Plato, as my general remote. But let me tell you my story.

The Canon Timer Remote Controller TC-80N3 has a self-timer, interval timer, long exposure timer and exposure-count setting feature. The timer can be set from 1 second to 99 hours. A dial enables users to easily enter the numeric settings with a single thumb. It has an illuminated LCD panel and a 2.6ft/80cm cord. It works perfectly, but is only usable with DSLRS with the N3-type socket. 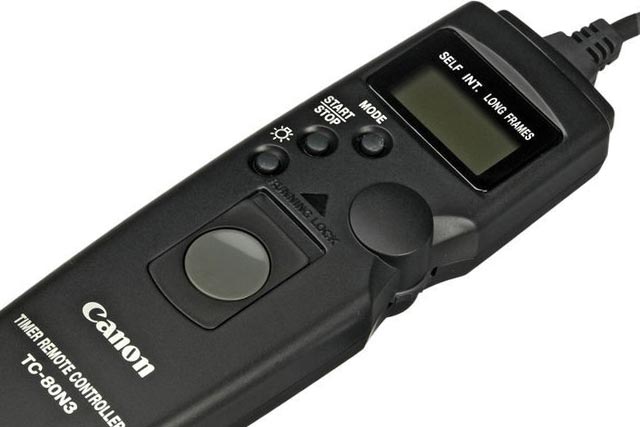 As most of my cameras use that adapter, I've had no problem, and the TC-80N3, which replaced a previous model from film days, has been on use since my EOS 10 and EOS 5 (not digital, the original film models) days, that means, for a very long time. The last couple of years, though, I've used the Phottix Plato for most situations, when I do not need the timer.

The Phottix Plato is a hybrid ((wired and wireless) shutter release for cameras. It consists of a small remote control (transmitter) and receiver with cables for the camera model to be controlled. When used wireless, the transmitter and receiver can be pared by any one of 16,000,000 channels (Smart Code) within the working distance of 100 meters (320ft).  The remote uses the 2.4 GHz band.   The Plato supports the following functions: single shot mode, 2 seconds delay, continuous, as well as bulb mode.  Uses AAA batteries. 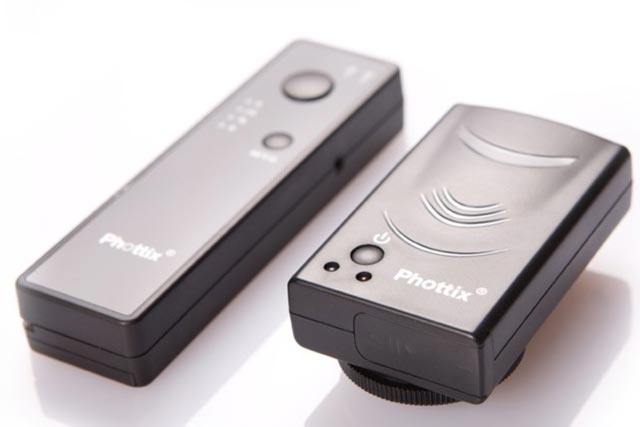 The receiver can be attached to the hot shoe of the camera (facing forwards or backwards), or simply be placed alongside. The remote’s shutter release button functions similarly to that of the camera’s:  a half press initiates autofocus on the camera and a complete press of the button takes a snap.  Pressing the “mode” button, you can choose one of the following modes:

s – acts like a single press of your camera’s shutter release.
2S – single exposures with a 2-second delay
continuous  –  will cause the remote to trigger multiple individual releases.
bulb – for long exposure

The Phottix Plato can be used with a wide variety of cameras – just plug in a suitable cable to the receiver.   That's something I like much, because I can, simply by getting a different cable, get the same trigger to work with my Canon cameras, something I can not do with the Canon Timer Remote Controller TC-80N3.

So, recently, when I decided I needed a trigger with timer for a Canon backup DSLR camera that uses a different socket, I opted for the Phottix Aion.  The Phottix Aion for Canon is provided with cables for different Canon  cameras, making the investment in this trigger a good option, especially, because its price is only $99.50.

I prefer to use wireless triggers, I always advise people to buy them instead of wired models, and I can tell you why. I've seen my share of people holding the trigger and playing with it, while doing a long exposure, unaware of the movement and vibration created by the cord connected to the camera. I've also seen how people leave triggers balancing with the wind, during the exposure. So, I prefer to have a wireless system, and it must be radio and not IR, so I can position myself any place, in front or behind the camera, and still get the trigger to work. It is also the best option for controlling the camera from afar, something wildlife photographers will appreciate.

I know  there are some radio triggers that do not work properly, but I never had problems with my Phottix wireless triggers, and I choose them wisely: my triggers can be connected directly to the receiver end, if something goes wrong or if I am out of batteries in the transmitter. So it's a “two in one” function, and that means carrying less gear too. And having a wireless trigger gives freedom to move around once I've set the camera up on the tripod, something I like and sometimes need to do. Let me just add that the recent Phottix triggers offer those options. Both the Plato and the new Aion. 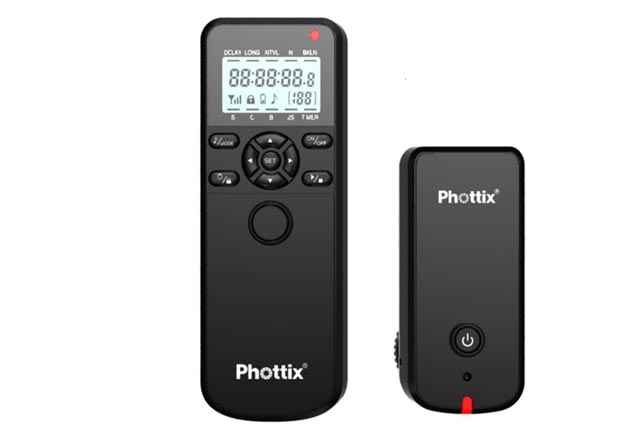 Choosing the Aion makes it easier to decide which trigger to take now: I only take the Aion, most of the time, as it covers both the Plato and the Canon TC-80N3 triggers options and offers me a timer with wireless freedom. In fact, the Phottix Aion Wireless Timer and Shutter Release offers a timer enabling the user to choose from one second to 99 hours, 59 minutes and 59 seconds,  allowing also the definition of long exposures and number of frames taken. It also allows for auto-bracketed timer exposure for HDR with a total of 7 images, functions and options I think will cover the needs of most users.

Working on the popular 2.4GHz frequency, with a range of 60 meters, the Phottix Aion has a two-stage shutter button for AF and shutter release with instant, continuous 5 shot, 2 second delay and bulb shutter release mode. The LCD panel shows all the needed info and the trigger is easy to use although reading the manual is advisable. It works on AAA batteries and, as I said, is provided with cables for different sockets within the camera brand chosen. This means that my Aion can be used with my different Canon cameras, just by changing the cables. Try that on Canon triggers!

As a last note, let me tell you that the Phottix Aion is available for Canon, Nikon, Sony and Olympus.