The Liquid Image Ego LS camera allows live streaming beyond the range of Wi-Fi, but there is a catch: the resolution. 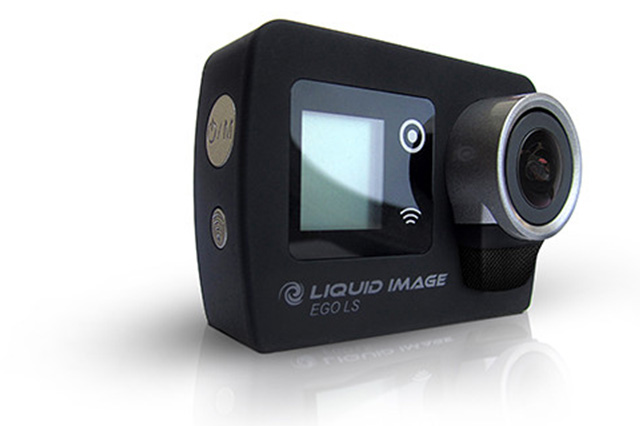 While many action camcorders in the market offer wireless connectivity, only the Liquid Image Ego LS, which will be launched this Summer, is able to transmit over a 4G LTE network video in WQVGA at 30fps. If by now you’re confused, let me share this with you: WQVGA is a nominal resolution of 400×240, with multiple variants, the biggest of them covering 480×272 pixels. Yes, that’s what the Liquid Image Ego LS does on 4G.

There is an obvious reason for this limitation: the cost. Using your 4G connection to stream Full HD video would ask for a large bank account. This is something everyone interested in this new technology will have to think about, at least until prices for 4G plans come down. There may be other reasons for this new camera from Liquid Image to not deliver better quality on 4G, but that information is not publicly available, as far as I know.

Being new to the world of video, I am curious about everything. That’s how I came to look at the Liquid Image cameras. I know there are moments when I will not want to risk my DSLR, so a smaller camera can be an option. The same way people discovered DSLRs opened new worlds in terms of camera positioning for some scenes, videographers, especially those covering action, have found small cameras like the GoPro (which these days stands as the “Kodak” reference in the field) can do things that were impossible to register before.

Although I am at a stage, in terms of video, in which I do not even have to think about Wi-Fi streaming, as a journalist I am always interested in new technologies, and reading about them. So, the information about the Ego LS demoed at the CES 2014, in January, with June/July as a launch date, excited my senses. I wanted to know more. I found a lot of information, but many of the references seem to forget what for me is the most important aspect: the low resolution this pioneer camcorder offers over 4G.

Liquid Image’s 4G LTE enabled camera is an action camera from the company’s Ego family. The Ego LS (Live Streaming) is a multi-functional camera with 4 wireless features embedded in the device. The wireless features include 4G LTE, Wi-Fi, Bluetooth and Low Frequency RF. The camera can transmit, as I mentioned above, over a 4G LTE network video in WQVGA at 30fps as well as low and high res images. The 4G LTE Wireless stream can pass through a cloud service directly to a website or out to various Social Network Sites. In addition to 4G LTE capabilities, the Ego LS can be used in the same manner as the Ego Mountable camera to connect to iOS or Android devices over Wi-Fi with the use of the free Liquid Image App which can be downloaded through iTunes or Google Play.

The app may be used to stream live view to a mobile device, view recorded files, trim video clips, transfer files to a mobile device, adjust camera settings and act as a remote control to activate the camera. Bluetooth is embedded to operate the camera by remote control (included) as well as adding the possibility to connect peripheral devices such as biometric devices, remote microphones, and headsets to the camera to record all of the metadata from peripheral devices onto the camera file for use by Applications.  The Low Frequency RF Wireless feature allows the camera to be in stand-by mode for over 24 hours without draining the battery.

In terms of specifications, the Ego LS camera has a wide angle 8.0MP camera mode combined with a large sensor and lens for capturing high quality images with fine details. The Ego LS has a video mode that records HD1080P Video at a rate up to 30 frames per second as well as the High Action mode of HD720P video at a rate up to 60 frames per second. This new model also features Motion Detection embedded Software and a continuous shot photo mode. This combination is ideal for Security and Monitoring use over a 4G LTE or Wi-Fi network. All images and videos can be recorded to a Micro SDXC card up to 64GB (not included). File recording may occur while transmitting over 4G LTE and Wi-Fi. An HD Video will be recorded along with a low resolution WQVGA video to the Micro SDXC card.

The Ego LS (without the 4G LTE module) will cost around $200. The add-on streaming 4G LTE module will cost about the same price. While the streaming limitations over 4G, in terms of quality, suggest there is not much use for the videos, the title “the first wearable and mountable 4G LTE enabled camera” is something Liquid Image can claim for their new model. Still, in a time when everybody talks about 4K (which may be other kind of nonsense, let’s admit), streaming at WQVGA over 4G may not be what action sports videographers or athletes want to use. Only time will tell!