Modern cameras ask for modern lenses… except if your name is Mathieu Stern and you’ve a passion for trying impossible things. Like using a RED DRAGON camera with a lens from 1880. 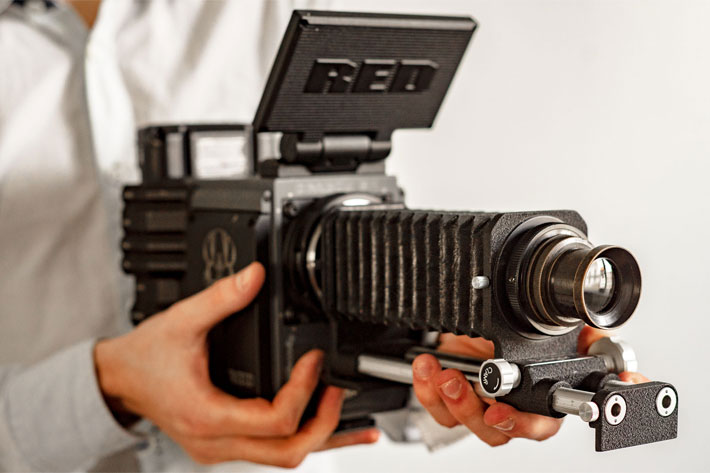 Pairing a lens built 10 years before the Eiffel Tower started to be built with a 5K RED DRAGON is not for everyone, but Mathieu Stern had a dream, so he found a solution, and made a short film about the experience.

We’ve seen, in recent times, a growing trend for the relaunch of classic cameras and lenses, mostly using Kickstarter or Indiegogo as crowdfunding platforms. Some of those projects make no sense at all, while others, although promising, never leave the launching stage. There is also another trend related to this longing for the past: the use of older lenses with modern cameras. Having used some of my old Canon FD lenses with modern mirrorless bodies, through an adapter, I understand the seduction the option offers to some, especially with some lenses.

The photographer and filmmaker Mathieu Stern has taken the idea to a whole new level, it seems, by pairing an old lens, from 1880, with a RED DRAGON camera. For him, apparently, there are no barriers to what you can try in the world of imaging, as not so long ago he found ways to use an ultra rare lens like the Prototype Helios- 65, a lens built in Kiev in 1965, with a mirrorless camera. On his blog the author writes that the lens is so rare that there is no mount available on the market… so, after searching for plans for a 3D model of the mount, he printed a 3D mount and… shared photos taken with this unique combination. The 65 is a smaller version of the Helios 44-2 famous for it’s swirly bokeh, and Mathieu Stern says the 65 is even better.

These are not the only adventures lived by Mathieu Stern, and his blog offers interesting exploration ideas, like “Using a 170 year old CAMERA for epic portraits (WET PLATE)”. Creator of a series of LUTs that you may  want to check when you visit his website, Mathieu Stern had a dream to adapt a century old lens to a camera with the highest technology available and see how the image would look. 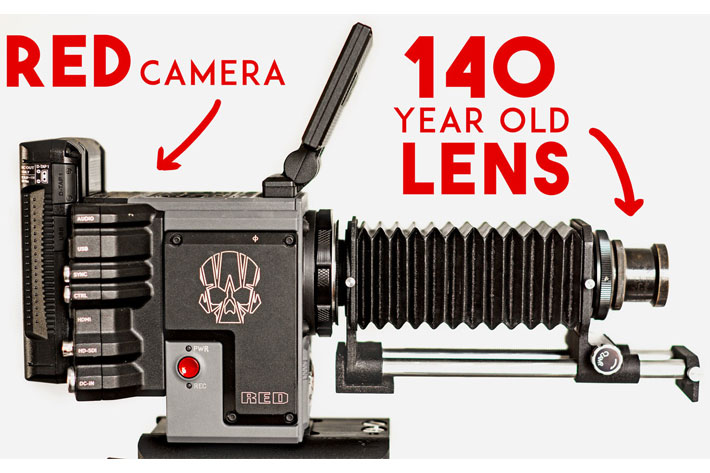 The lens he already had, an old lens he likes a lot, made “140 years ago, 10 years before the Eiffel Tower started to be built, a lens that was one of the first to have an internal Iris”; he just needed a cinema camera. Mathieu Stern teamed with a French movie producer, Paul Ménagé, who helped him shoot a video with his RED DRAGON camera.

It took some tests to get the lens to work with the camera, but the strange looking setup, with the old  135mm optical system mounted on a bellows with focusing rails attached to a modern RED Cinema camera was finally ready for action. When it did work, says Mathieu Stern, “the first image that appeared on the screen was mind blowing”. You may or may not agree, but there is no doubt that it must have been exciting to see, first-hand, this improbable pair. The test footage was shot in a forest and in the dark with, says Mathieu Stern, ”the talented Naomi and the incredible Fire Samurai Morgane”.

To find more about the French photographer and filmmaker Mathieu Stern and follow his experiments, check his website. More experiments with weird lenses, along with tutorial videos and other weird stuff are to be expected from this professional based in Paris, the City of Lights. 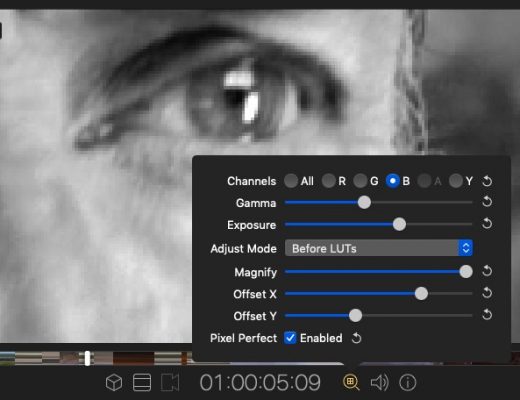 Screen is a macOS-native “video player for video people”. It’s a fast, flexible, and elegant player with copious keyboard... 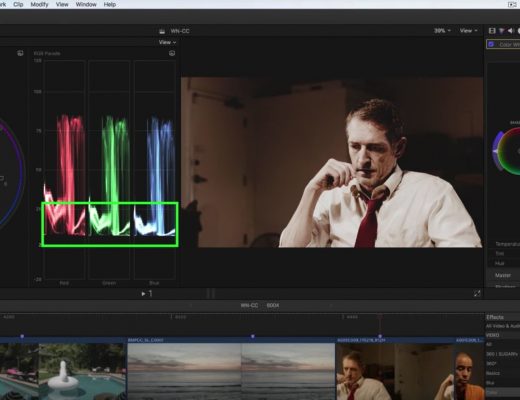 https://www.youtube.com/watch?v=5RxMkr3lG34 This week on MacBreak Studio, I talk with Steve Martin from Ripple Training about how to work with... 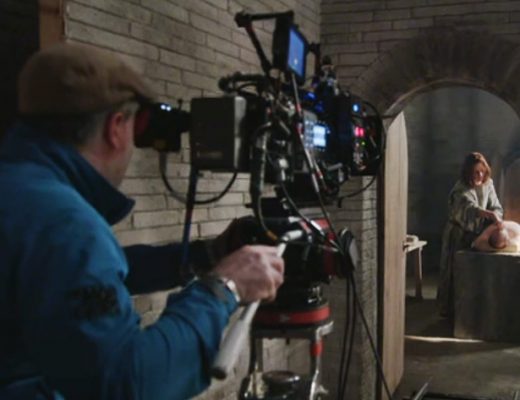 Season 8 will put an end to the saga Game of Thrones. One year from now the last six...