Ever dreamt of having a softbox in your pocket? Now you can. It’s inside your smartphone, waiting for that moment when you need extra lighting and, surprising everyone, you reach for your phone! 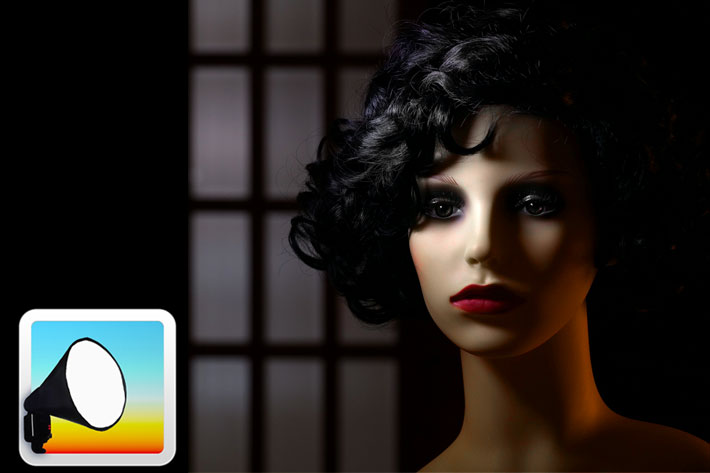 There are multiple smartphone apps that show colors, flashes or strobo rainbows, as if you’re in a party, but few can be used as a serious lighting tool by photographers and videographers. Pocket Softbox can!

Apps for photographers and videographers are essentially tools to calculate exposure, DOF, Sun & Moon position in the sky, and other things. We’ve covered a few of those in recent weeks, now it is time for something different and not very common: one app that transforms your smartphone in a tool able to provide extra light for your photography or video.

Can a smartphone softbox save the day? Well, under certain conditions, it can. That’s what I discovered using Pocket Softbox, an app for Android smartphones that transforms my screen into a softlight box. The app is only available for Android phones and tablets, but iOS users, can use another app, Softbox Color, which is available for iPad.

Softbox Color seems to be the only available option now for iOS users. Previously, there was a Softbox Pro app, considered a reference in terms of lighting with iPhones and iPads. The app offered 15 different soft box shapes, 15 different grids and patterns for the finest detail in reflection, brightness adjustment allowing up to 8 stops difference, 15 beautifully designed colors and a minimalist interface design, very easy to use. With support for iPhone 4 and 5, the paid Softbox Pro app is now gone from the Apple store, so the only alternative is the Softbox Color, which is free. 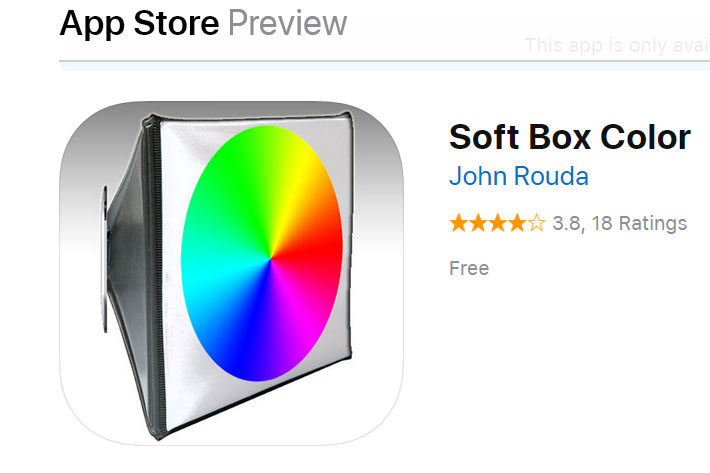 Updated February 2018, to version 2.0, the Softbox Color app for iPad, the app has a score of 3.8 and some users consider it a “nice secondary light source, especially if you use tripod as iPads are not that bright”, while others note that “you won’t be able to use it for a main light source, but for adding reflections, or a fill light for close ups it works pretty dang good”. In general terms the app is considered a “very interesting application”, with one user stating that “I’ve used it with two iPads to light from two angles.”

The comments above are similar to those you’ll find published on the Google app store page dedicated to the Pocket Softbox. This is the app I use, one of the first I picked when I moved from the Windows Phone to Android, a few months ago. Since I first used the Pocket Softbox that I’ve wanted to write something about the app and the other options available, and the time is now. 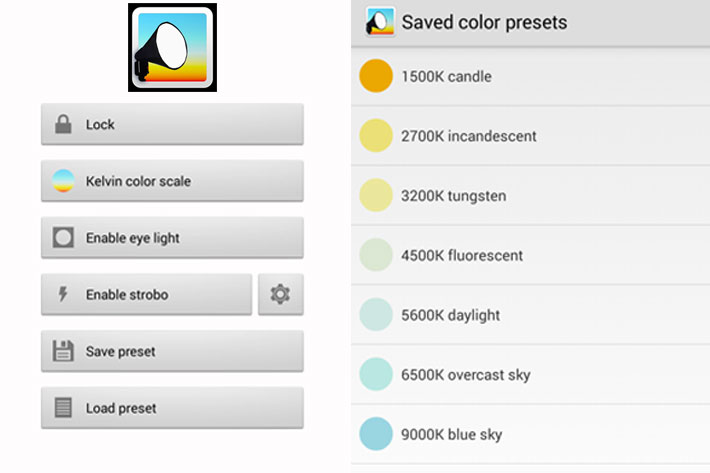 A real softbox app for Android

There are tens of apps for Android promising lighting experiences, but most have little use besides the fun of playing with colors, flashes, etc. I installed a few that looked as viable for what I wanted, and gave up. Real softbox apps usable for photography or video are a few, I believe I can count them all on the fingers of one hand.  Softlight, from Duddel Labs, is an interesting solution with a good interface, but it could be improved with some more info about colour temperatures and other options. One note: the app has ads, but they go away, as all the user interface, when you tap the screen.

After trying multiple apps, my first choice won; Pocket Softbox, from Android, is an excellent little app, completely free, without any ads, and working as promised. I’ve used it only for photography, but it is also a viable softbox for video, once you understand that it only works at – very – short distances. For some table top animation, for example, it might be a tool to consider. If you have an Android tablet, you have access to a larger softbox which offers even more options in terms of lighting solutions. 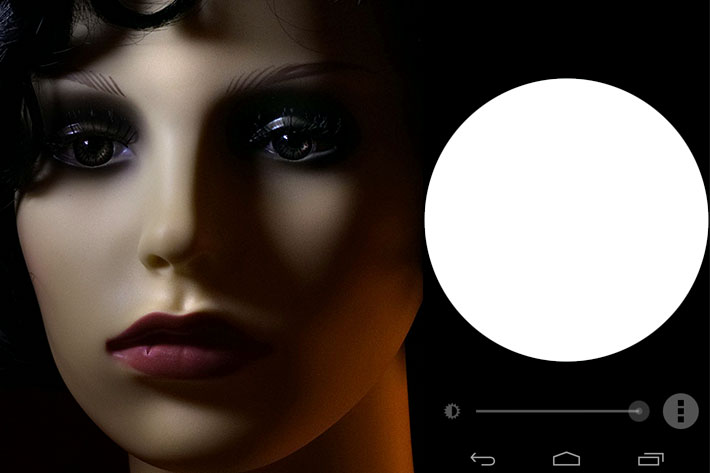 Pocket Softbox for photo and video

Developed by Pimentoso, an Android games and apps indie developer group, based in Italy, formed by husband, Michele (coding) and wife Ilaria (graphics), Pocket Softbox was launched in August 2014, as an evolution of a previous app, still available, Color Light Touch. Developed with help from cinematographer Christian Denslow, who supervised the project and suggested ideas, Pocket Softbox is designed with features oriented to photographers and cinematographers. The authors say that “Pocket Softbox turns your phone/tablet screen into a colored light source, to use it for photography or videos in low-light conditions when you can’t bring your heavy equipment with you.”

The interface is simple and built for speed. Just drag your finger across the screen to change the light color, under Kelvin or the full RGB scale. You can adjust the brightness and save your color for later use. The app comes with 7 color presets already available, those most common. They include:

The app includes a round light mode which can be used for eye lighting purposes. The light shape changes to a circle if you need a round light in your subject’s eyes (at very short distances). There is also a color lock, ideal if you want to lock the screen to prevent accidental color changes. 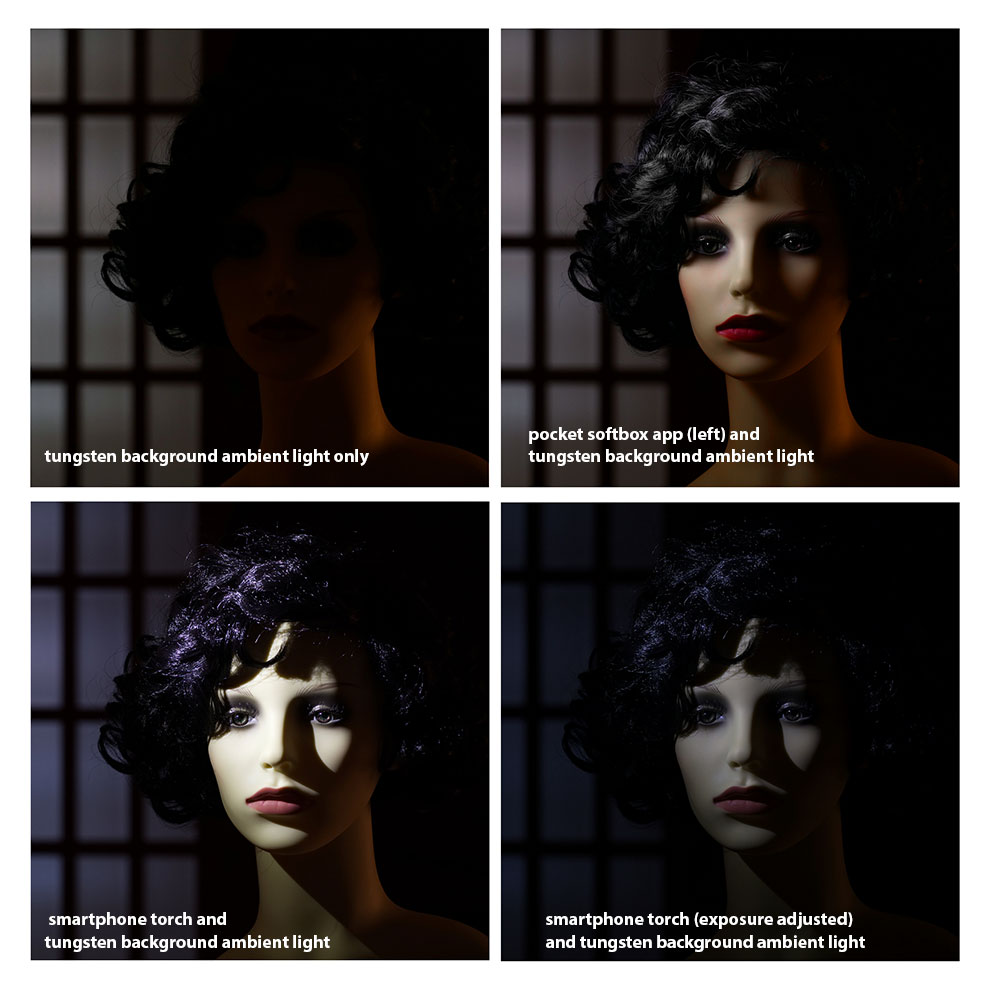 The magic of KISS…

Pocket Softbox was last updated in 2015, and the author has removed all ads and internet permissions. The app is now less than 1MB and, as one user commented on the Google store page, “KISS….Keep It Simple Stupid. This app is that. Simple to use, no trying to blind with science. Wish more apps were like this. Going to add it to all my devices.”. Another user comments that “It will be useful on a phone to provide spot lighting on a subject if you’re using an external camera, but what pleased me most was that it has taken my infrequently-used 10-inch tablet and given it new purpose as a very portable, even more useful softbox. My sincere thanks go to the creators. Just great stuff.”

The app will not take the place of your regular lighting gear, but it provides you with a nonortodox tool that, as another user wrote is “simple.. Does what it says. Kinda cool on a tablet. You can get pretty imaginative with it”. In fact, once you start playing with the Pocket Softbox, you’ll discover it can be used for a lot of lighting situations. A tablet, will, no doubt, offer more options, but even the small screen surface of a smartphone will do wonders, as the images published here suggest.

The photos published with this article point only to the use of the app as a softbox for portraits, with pure white light. The window frame background seen in some images is created with daylight from the window in an adjacent room, which is reflected on the wall behind the door (whose glass panels create the window frame). The warm light coming from the right side and slightly behind is from a LED mounted under the cupboards in my kitchen, which is my makeshift studio for many of these experiences. 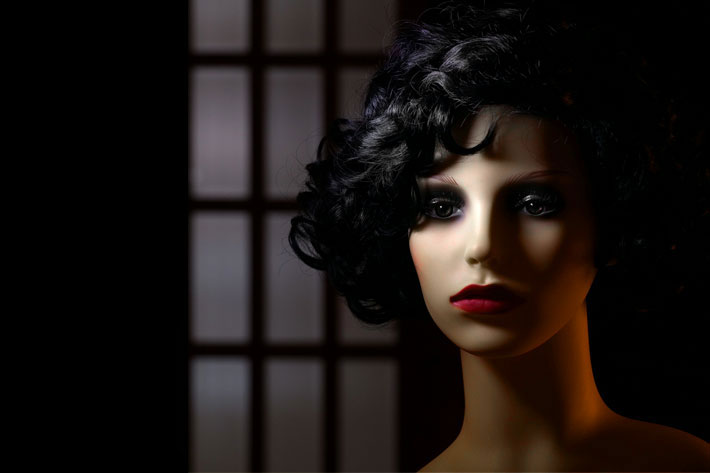 A Justin clamp mounted on top of a lightstand (closed) holds my smartphone, and is placed on the left side of the model (which patiently works with me on these long sessions). Camera on a tripod, because this is a long exposure due to the quantity of light available, and the results show it works. I took some reference images, without the light from the Pocket Softbox, and using the torch from the smartphone, so there is a way to compare results. Using the torch I made two photos: one with the same exposure used for the softbox, and one with exposure adjusted in camera to get about the same result. They reveal why the app is called Pocket Softbox!

I believe the images and text published here will convince readers that this is an impromptu extra solution for lighting that deserves to be included in any tool bag. I do not know if the Softbox Color for iOS, the only app now available, as far as I know, works the same way, but I’ve no doubt that the Pocket Softbox is a great lighting solution, once you understand its limitations. After all, it’s just the screen of your smartphone. Having said this, I will return to the theme, with other examples of what can be achieved with this Android app because, as someone commented before, “you can get pretty imaginative with it”.