I admit to not being the biggest fan of small point & shoot cameras.  They're small, lack features, and I already have a Canon DSLR and a Blackmagic Cinema Camera.  So why would I even think about picking up a Canon S110?  Then I won one and I found it to be one of the best little cameras one could cram into an already full camera bag.

Let's be frank, if you're reading this then you love to shoot, or you love cameras, and both loves tend to go hand-in-hand.  You also might love to shoot on a new camera system.  To learn all the features.   To be the cameraman out shooting with a new camera.  Take this shot for example: I won a twitter contest put on by Redrock Micro.  It was a “name that rig give-away” based off of an image of Lady Gaga holding this rig in a music video. 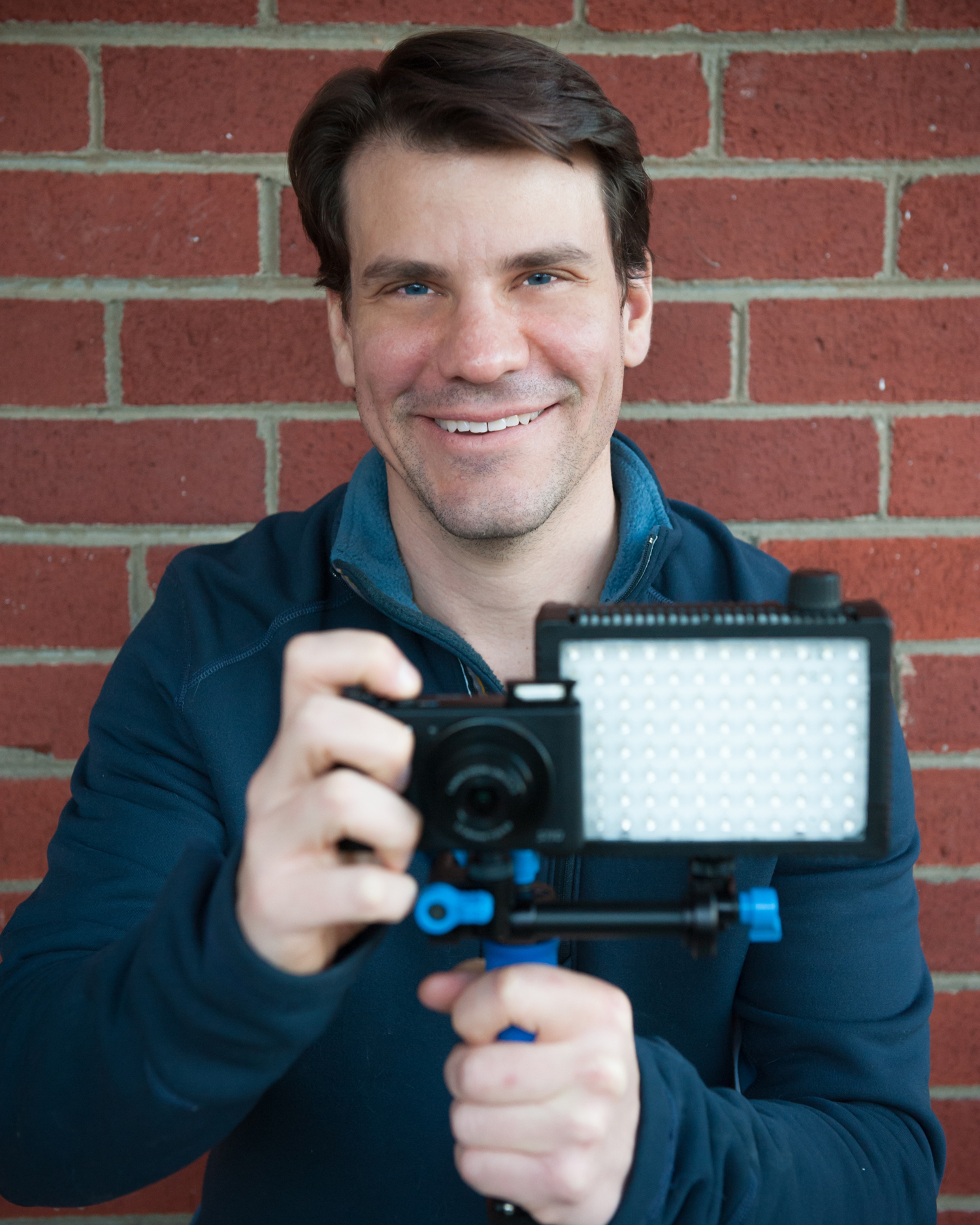 Part of the give-away was a Canon Powershot S110.  It's a point and shoot that got me shooting… a lot.  I mean, I turned to this camera over my Blackmagic Cinema Camera and my Canon DSLR for my less than serious personal work.  I turned to it because it was new and I like new cameras.  I especially like new cameras that are easy to use and are easy to take great pics.  The best part… it fit in my pocket.  Like the Blackmagic Pocket Cinema Camera without a lens attached.

Forget the phone.  This little camera has some serious strengths that make me want to pull it out over my iPhone.

Best part for me:  The front ring acts like an aperture.  This feature, with a few others, meant I could go into full manual mode and be able to control all the settings like my DSLR: Aperture, Shutter, and ISO. 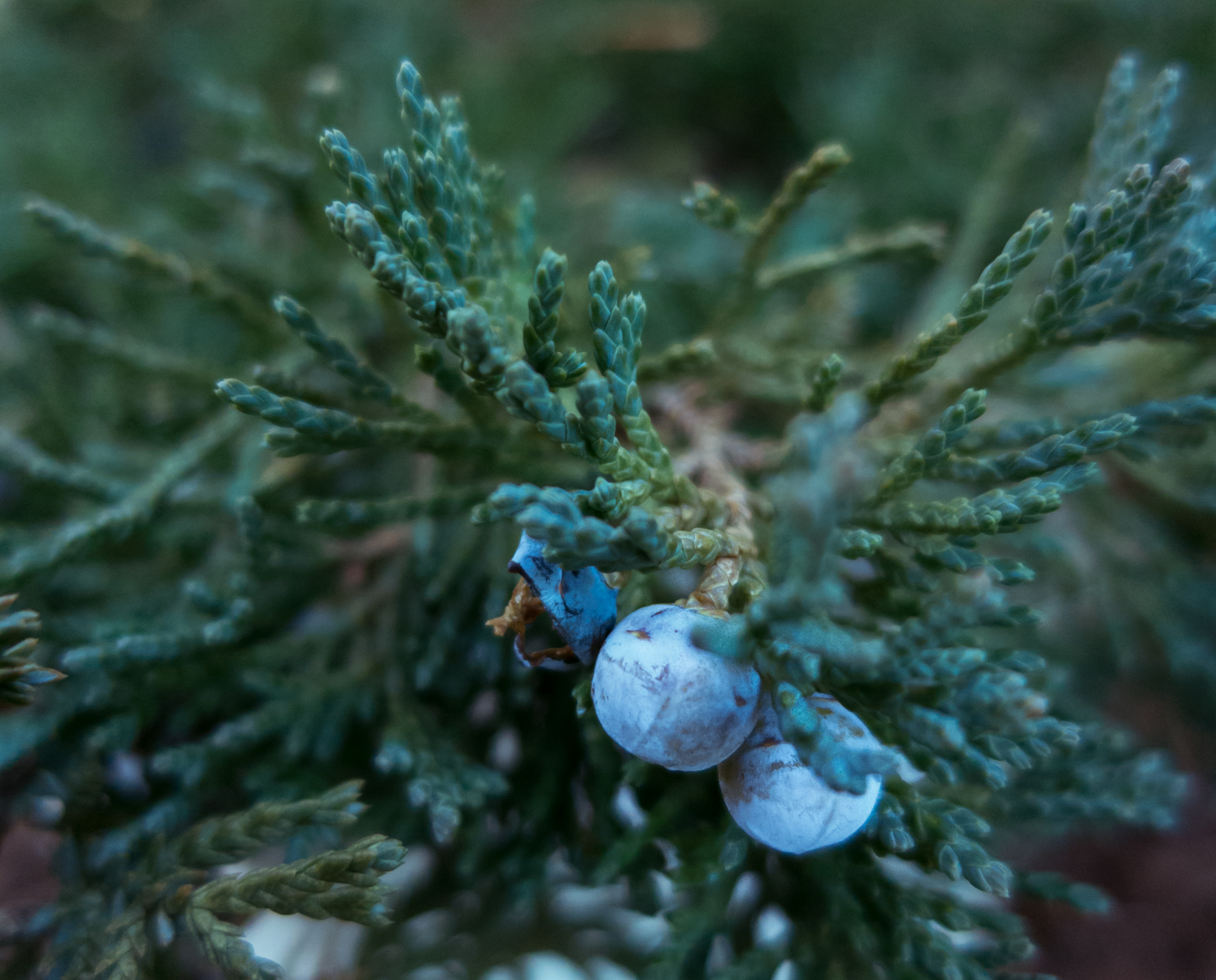 ARE YOU KIDDING ME

12,800 ISO… seriously?  That is what I thought.  Then I shot at that ISO.  Now, this camera is no Canon 1DX or Nikon D4, but it's not so bad.  There was significant noise in the blue color channel, but was something that could be mostly edited out in Lightroom.  Then you have to think about it.  This camera has a retail price of $274. 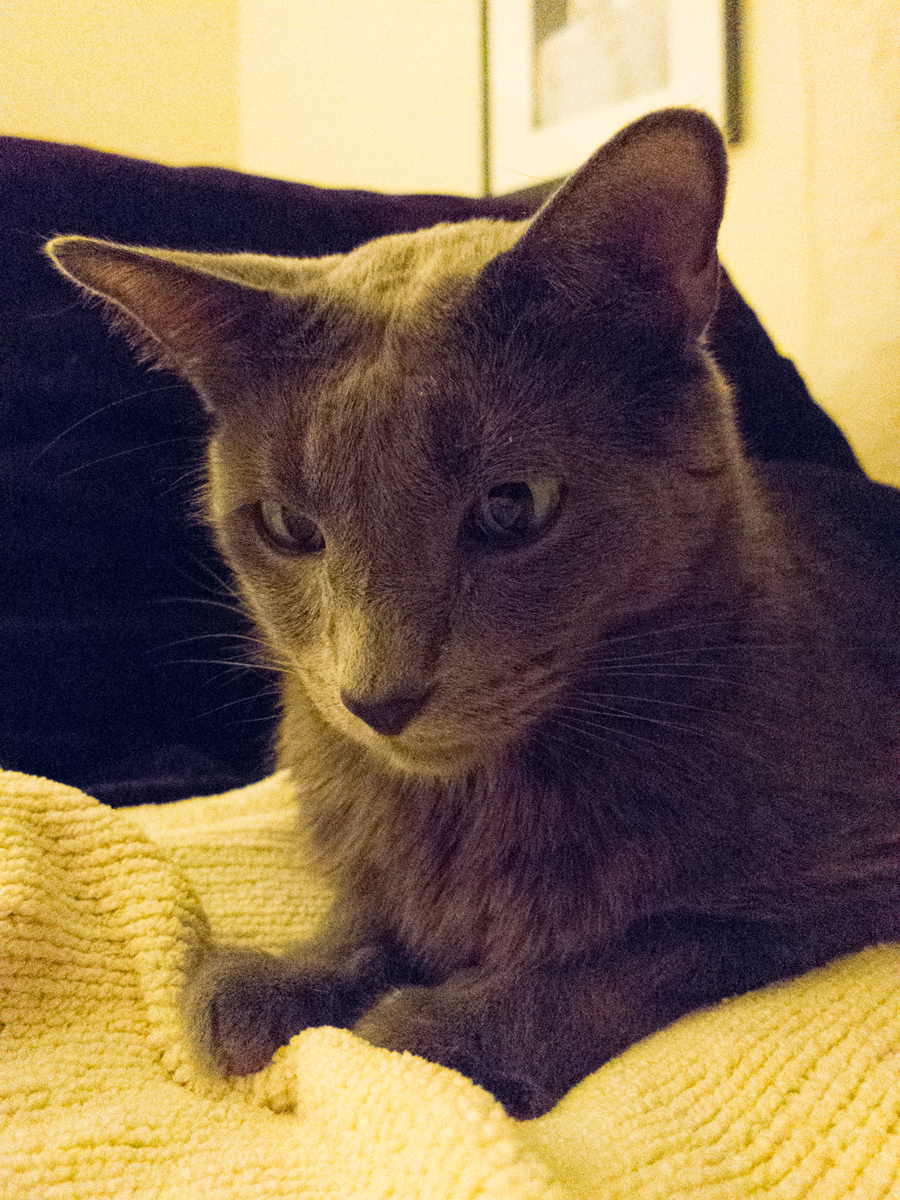 Next, I took the S110 out into the unforgiving harsh winter light of Nashville, Tennessee.  (That was a joke).  I wanted to see how the camera would handle direct sunlight.  Typically, cameras do well with brightly lit scenes so I tried my best to add a deep contrast to the scene.  What impressed me the most was those dark stairs… there was detail, and I could have pulled more out but I liked how they were hovering just above black.  Now, this camera doesn't have the 13 stops of the Blackmagic Cinema Camera detail, but there is something there.  Another thing I noticed was the fringing on the bottom right of the shot.  At the smallest aperture setting, this camera was going to have a little trouble keeping the bright highlights sharp. 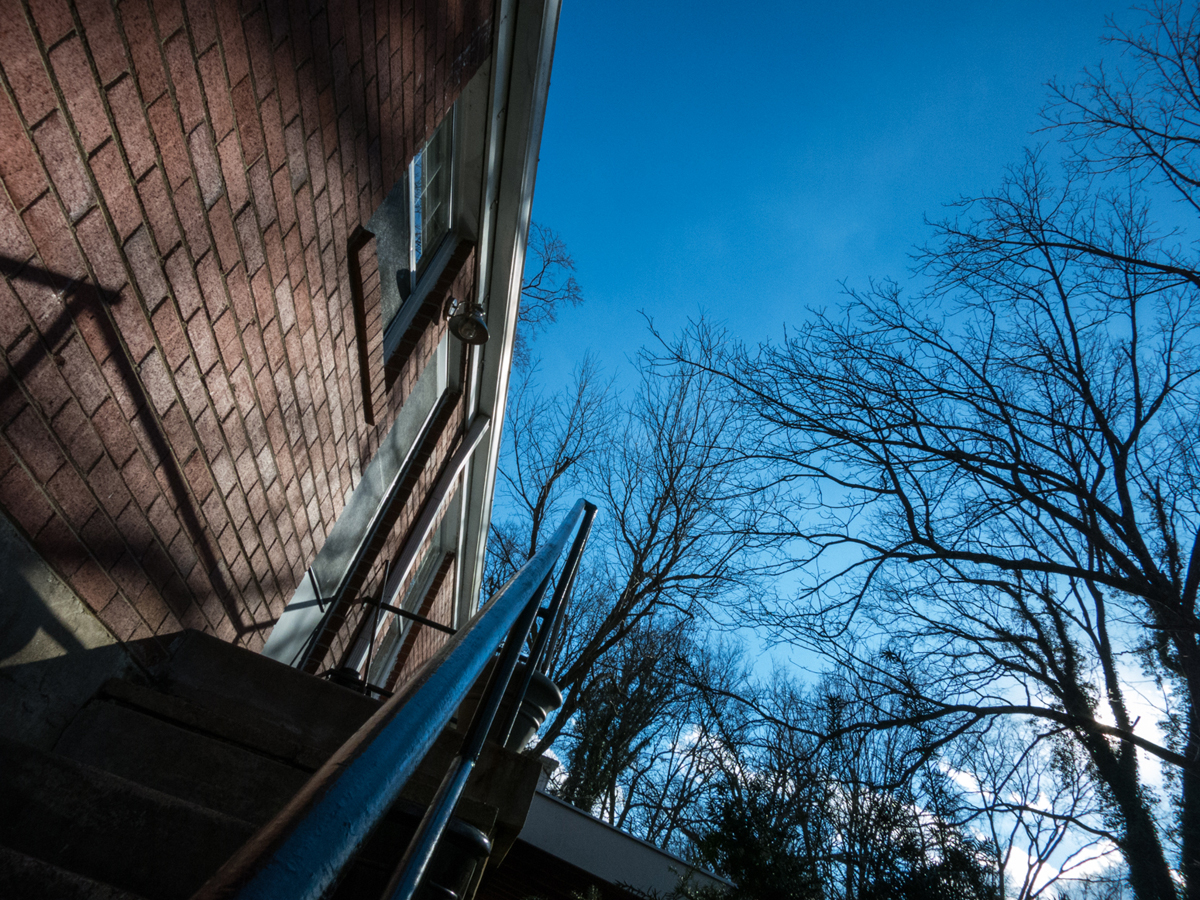 12.1MP Raw is as good as my girlfriend's Nikon D700.  Well, not really.  Her Nikon kicks ass.  This little Canon has a fair bit of noise in the image, but it's not a deal breaker.  As the ISO goes north of 800 you'll see the noise reasonably well.  The raw files have been easy to edit, and are easy to pull down the highlights and pull up the shadows.  On the LCD on the back of the camera the highlights appeared to clip, but once I pulled them into Lightroom they were easily recoverable.

The color is something Canon should be proud they produced.  Canon, to me, has no problems producing cameras that can produce deep and rich colors.  Even in available low-light at 1600 ISO this camera did pretty well. 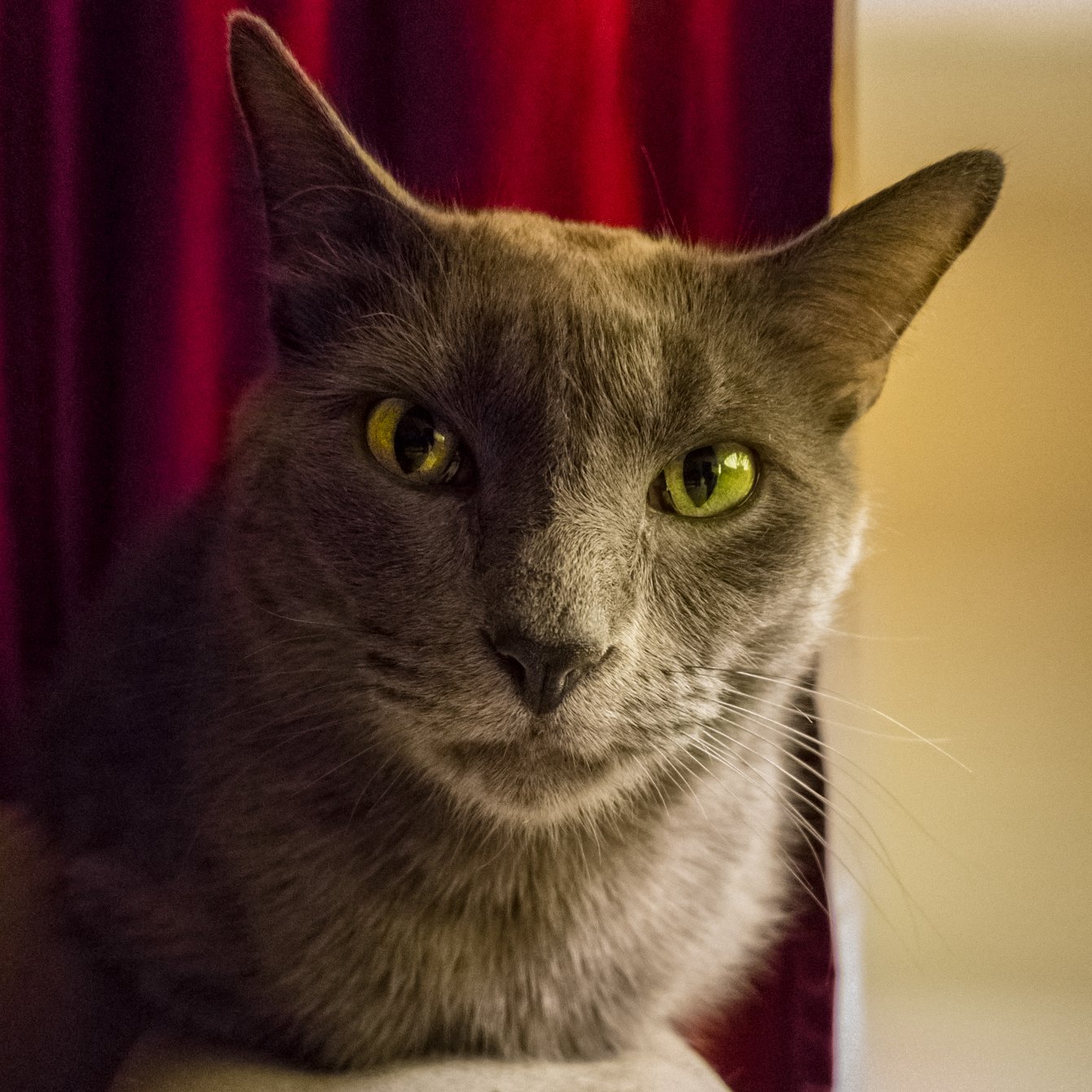 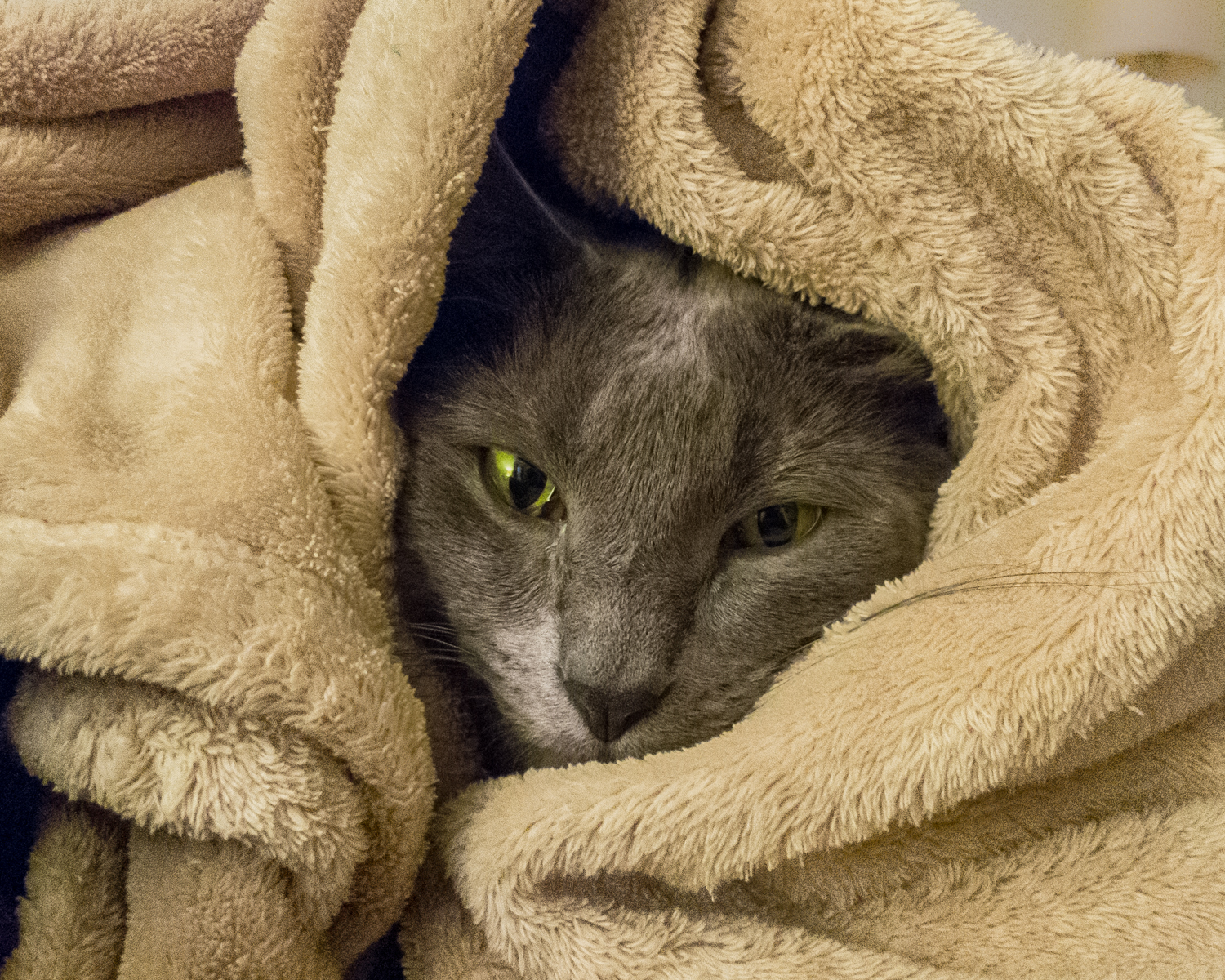 Just look above at the image with my Cat “Smokey Robinson” in a blanket.  Need I say more about detail?

I can't bring myself to shoot video on this camera for fear I will be disappointed.  It's a point and shoot, and its still image features are clearly its strengths.

I am a cameraman.  I am a photographer.  I am better than a point and shoot.  That is what I thought.  Then there are the moments when I want to take photos when I'm shooting.  We've all been there… your camera is on a rig, or jib, it's right after the martini shot for a music video, or commercial spot, and the crew lines up for the crew photo… and someone takes it with their cell phone.  I know the smart phone photo can be shared instantaneously and that is it's strength, however don't you want your memories to be just a bit better?